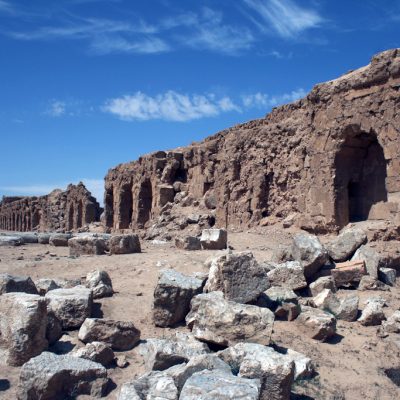 Next post
What Can't He Do? Trump Even Inspired Feminist Fashion Trends. [VIDEO] 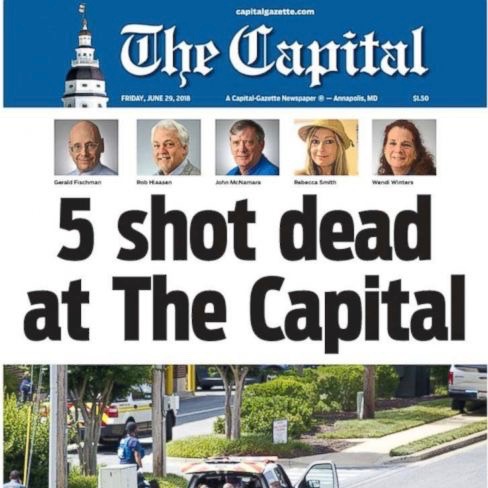 During an ordinary Thursday afternoon, the employees of the Capital Gazette were working on their next news edition. Their musings on what stories to run were interrupted by a gunman shooting the glass windows and doors, then walking in to attack them.

The reports from those in the newsroom were at once heart breaking and courageous.

Gunman shot through the glass door to the office and opened fire on multiple employees. Can't say much more and don't want to declare anyone dead, but it's bad.

Annapolis #CapitalGazette shooting victim, @PhilDavis_CG gives interview saying, “There is nothing more terrifying than hearing multiple people get shot while you’re under your desk and then hear the gunman reload” and that it "was like a war zone." https://t.co/wSXl8XDCyU pic.twitter.com/qSVcNSHakn

Yet within seconds after the world found out a news room in the United States was under attack, the narrative immediately went into BLAME TRUMP! BLAME MILO! mode. President Trump, as  is well known, has been calling out Fake News since nearly the beginning of his Presidential campaign. He’s called Fake News the enemy of the people. And for that, far too many reacting to yesterday’s horrific shooting immediately blamed the President for what happened.

Seeing a lot of people already assigning blame in the #CapitalGazette shooting. This is wildly irresponsible speculation. You look like fools.

Yes, yes it was horrendously irresponsible. Why? The shooting suspect had been holding a grudge for SEVEN FREAKING YEARS against any and all who worked for the Capital Gazette.

He seemed to carry a grudge for years against the newspaper after he was the subject of a column describing how he harassed a former classmate from Arundel High School, first on Facebook and then through emails. Ramos pleaded guilty in July 2011 to harassment. In a column written by Eric Hartley several days later, the woman described how Ramos had stalked her online and perhaps caused her to lose her job.

The shooter had filed a defamation lawsuit against the paper in 2015. He contended that the 2011 column detailing his harassment of his former classmate and the subsequent guilty plea was defamation. The court didn’t agree. So, the shooter went on to create a website where he ranted against the Capital Gazette on a continual basis. He had also sent threats of violence against the Gazette through social media.

And, sadly, horrifically, he did cause harm. 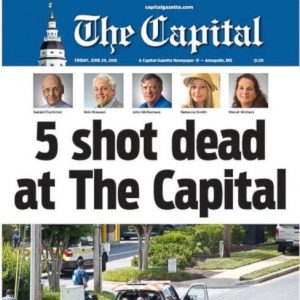 Five employees at the Gazette, a paper with a history dating back to 1727, were killed.

The folks at the paper picked themselves up and by damned, they put out this morning’s edition.

Tomorrow this Capital page will return to its steady purpose of offering readers informed opinion about the world around them. But today, we are speechless. pic.twitter.com/5HzKN2IW7Q

Understandably so. Five people dead because of a man who held a grudge for over seven years. Five people are dead and several were injured because one man would rather blame them for his criminal actions of harassment and stalking instead of taking responsibility for what he did.

You wanna know how I feel?

I feel like 5 of my co-workers are dead and the sovereignty of several others will forever be compromised because they are now only survivors, not individuals.

All because of something that involved none of us.

That’s right. None of the employees killed or injured had ANYTHING to do with the shooter or with the story written about the shooter back in 2011. But that didn’t matter to the shooter. He had long ago decided it was the Capital Gazette to blame for the criminal charges, and his losing the defamation lawsuit.

So, quite frankly, for those who want this to be all about Trump or Milo, check yourselves.

Shooting suspect Jarrod Ramos does appear to be a Trump supporter. Tweeted positively about a big Trump lawsuit against the media.

He also had sued The Capital and had a longstanding grudge against the paper. pic.twitter.com/8DyG7Lbvj5

One Tweet from a few years ago addressing the Univision/Trump spat is what you use to make the claim that he was a "Trump supporter," yet a cursory search of his Twitter feed for other mentions of Trump shows nothing.

Does it hurt to be so full of sh*t?

So we're at the point where a tweet from 2015 makes a politician culpable in a mass shooting but being an actual campaign worker for one and shooting up a baseball field doesn't.

Exactly. People in the media and all those in the anti-Trump camp are so WILLING and EAGER to blame Trump for everything that they can’t see the forest for the tree their nose is embedded in!

To those at the Capital Gazette who have picked themselves up and are continuing on; my hat is off to you. To the families of those killed and to those wounded in yesterday’s attack, our prayers are with you all.