Previous post
Taking the Pledge Of Allegiance Out Of Schools 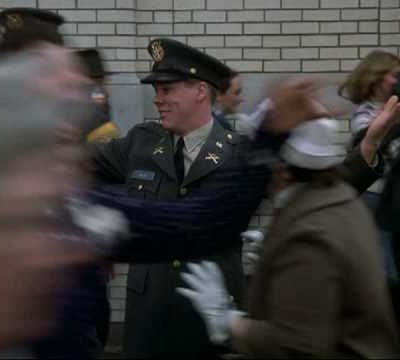 President Obama gave a midday press conference today at the White House on the continuing drama of the Healthcare.gov website, and the blowback from the American public on the individual health plans being lost.  I will first do a factual recap of the salient points from his press conference, and the following Q & A session, and then give my own commentary.

First, the president continually repeated that he was “not happy” about the “rough” roll-out of the Healthcare.gov site.  He pledged that the site would be working “better” for a majority of people by the November 30th deadline, though when pressed, he said it was “not possible for me to guarantee” that every person who uses the website would have a “smooth experience” even after that deadline.

He also said that “we are good at many things,” but government is not good about sourcing IT help.  He admitted that he should have asked more questions about the website “two years ago,” especially considering government’s track record when it comes to computer systems.

President Obama did mention the painfully low enrollment numbers – the 106,000 that have signed up through the federal and state exchanges (with most of those numbers coming from the state exchanges), and he also mentioned the 396,000 people who have now qualified for the expanded Medicaid programs.  He encouraged those states who have not expanded their Medicaid program to do so, claiming that is they did, “another 5.4 million people” would then have medical coverage.

After addressing the website issues, the president continued, and addressed the blowback that the administration is getting over his pledges of “if you like your health plan, you can keep your health plan.  Period,” in light of the flood of cancellation letters that people within the individual insurance market are receiving.  “I completely get how upsetting this can be,” the president said.  He offered an “idea,” which would allow the current grandfather clause to be extended to non-ACA compliant individual health insurance plans, at the discretion of state insurance commissioners, but would also require insurance companies to point out the lack of coverage in those non-compliant plans, and let people know what  their options would be if they chose to shop in the exchanges.  Saying that “the old individual market was not working well,” the president said his goal is to create a market that is “stable and fair” and provides consumer protection for those who purchase it.  When asked about the likelihood that state insurance commissioners would allow these non-compliant plans to be renewed, the president deferred to each state’s individual requirements on health insurance and stated his “hope” that these plans would be retained for another year for those who want them.

He also reiterated his apology of last week and acknowledged that “there is no doubt that the way I put it forward” caused PR problems when it came to the reality of people receiving cancellation notices.  The president said that he believed that the grandfather clause in the law would protect most people from getting these kind of notices, but also repeated that the individual market consists of only 5% of the public at large, so the actual numbers of people affected are comparably small.  He also acknowledged that the entire roll-out debacle has made life much harder for Democrats in general, especially those seeking reelection next year.  He praised their sincerity in supporting Obamacare, and hopes that their constituents will understand that they were sincere because of their hope that they law would improve lives.

The president also answered a question on Iran and addressed immigration reform before ending the press conference.

Now, for my commentary.

President Obama really did not want to do this press conference.  I get the impression that he felt that his interview last week with Chuck Todd on NBC was enough crow for him to eat.  If that was crow, it was an hors d’oeuvre.  And today was nowhere near a main course of crow, either.  I think he’s hoping to only make these piecemeal apologies in order to keep Democrats from outright rebellion.

In talking about the enrollment numbers, he notably pushed the Medicaid expansion.  If you are a single-payer enthusiast, or believe that the Obamacare roll-out was botched in order to advance single-payer, then the president just fed fuel to that fire.  He truly believes that simply expanding Medicaid is a viable option to get everyone some kind of health insurance coverage.  If he believes that another 5.4 million people can qualify under a state-by-state expansion of Medicaid, that money is going to have to come from somewhere.  The very fact that he is pushing the Medicaid numbers means that he would like to see single-payer, but knows it would cost him too much politically.  He even acknowledged that, during the Q&A, saying that he “tried” to steer a moderate course between the hard left and the hard right in health care reform.  At this point, I would say that he would push for single-payer if he could, but there is no way he can, after admitting to massive IT problems within government.

There is also a major flaw in his “idea” for expanding the grandfather clause to plans that have “changed” at all since Obamacare was enacted.  The expansion of that grandfather clause to non-compliant insurance plans is dependent on the health insurance commissioners of each state cooperating.  And if they refuse to go along with it, then the health insurance company will not offer it.  Also, the health insurance companies may or may not feel like putting up with the massive paperwork headache that would go along with re-activating these about-to-be cancelled plans.  If they don’t, the individual who has just had their plan canceled is still out of luck.  But now, the president has given himself a clever bit of cover when it comes to the blowback from the public on these canceled  plans.  Now, he can simply point the finger at the individual state insurance commissioners and say, “I told them it was okay to let you have your plan, so now it’s their fault.”  The state insurance commissioners will point the finger at the insurance companies, the insurance companies will point the finger back at the president, and on and on the blame will go.  And within the midst of that blame cycle, the president gets to do what he loves to do – let someone else take the hit and walk away.

And let’s not even get into the legality of simply expanding the grandfather clause with the wave of the president’s hand.  I was under the impression that laws meant real things, and they weren’t organic or growing and capable of being altered on a whim by the chief executive.  He’s the president, not a king!  He doesn’t get to dictate the expansion or contraction of rules by imperial fiat.  If he wants that grandfather clause expanded, he needs a law.  How have all of those lawyers in Congress forgotten this?

Speaking of Congress, the president wants the American people to remember that the Democrats were “sincere” about the promises of his that they repeated.  Meaning, they were wrong, but they were sincerely wrong.  And we should just ignore all the times that the GOP or the Tea Party were accused of lying about Obamacare, or were told that they were scaring people about how this law wasn’t going to work.  Because all that matters is sincerity.  The Democrats were just like Linus in the most sincere pumpkin patch he could find, sincerely waiting for the arrival of the Great Pumpkin of Health Care.  It’s not their fault that the Great Pumpkin showed up and took a dump in the pumpkin patch that the rest of us have to live with, because THEY were sincere.

This press conference just proves to me, once again, that President Obama is not a good leader.  By his own admission, he didn’t ask the right questions to know that the website was an untested mess.  He said during the press conference “I don’t think I’m stupid enough” to go out promoting the website a week before it was opened actually knowing that it was such a mess.  That’s debatable, depending on what he DID know and WAS told, but even he says that he dropped the ball when he knows the government doesn’t do IT well.  And not only is he not a good leader because he was uninformed, but because he picks idiots to run the programs around him.  Good leaders seek out other good leaders and people with exact skill sets to do a job.  We often remember good leaders by virtue of the people they had working for them.  President Obama has not sought out competent people to help him do his job.  If he was a good leader, he would realize that and start firing people and finding better ones.  The fact that he’s not doing that tells me all that I need to know about his leadership skills.