Is everyone ready for Round Two of Obamacare Open Enrollment? It starts this coming Saturday, and is sure to work this time. The president says so.

“We’re really making sure the website works super-well before the next open enrollment period. We’re double- and triple-checking it,” the president said during a press conference Wednesday. “There are a number of people who, the first time around, sat on the sidelines, in part because of our screw-ups on HealthCare.gov,” he added.

But not everyone believes that all is going to run smoothly during Take Two of open enrollment.

Behind the scenes, however, federal health officials and government contractors are scrambling, according to confidential documents and federal and outside experts familiar with this work. They have been making contingency plans in case the information technology or other aspects prove less sturdy than the administration predicts. And some preparations are coming down to the wire.

As the Nov. 15 beginning of open enrollment nears, administration officials have been eager to draw public attention to the fact that parts of the computer system have been rebuilt, online insurance applications will be easier to use and new federal managers are in charge….

Despite such efforts, the confidential documents written in recent weeks hint at elaborate backup planning that undercuts the administration’s predictions that an improved HealthCare.gov will be able to handle everyone who wants to sign up. More broadly, they reflect the high stakes confronting the administration as it tries to avoid last year’s mistakes and deal with new threats to the Affordable Care Act: the Republican gains in the midterm elections and the Supreme Court’s decision to review the government insurance subsidies that are a linchpin of the law.

While we won’t know how the website actually holds up until Saturday, the backdoor preparations don’t exactly inspire confidence if your entire slogan is “at least we don’t suck as much as last year!”

And while the entire law hangs in the balance with the impending Supreme Court review, some groups are claiming that the premium increases will not be dramatic due to increased competition.

The new competition is keeping prices in check, according to a new report funded by the Robert Wood Johnson Foundation from researchers at the Urban Institute, which found that consumers in most markets are purchasing plans at a “lower cost than in 2014, or a small increase of less than 5 percent.”

“The good news is that premium increases so far appear to be quite modest, but there are changes taking places in these markets,” Kathy Hempstead of the Robert Wood Johnson Foundation said in statement accompanying the Urban Institute report, which looked at “silver-tiered” premiums in 17 states plus the District of Columbia.

Please take note of two important items in the above quote.
1) The Urban Institute report looked at “silver” plans. The ACA divides their plans into three tiers – gold, silver, and bronze – with silver being the middle option. It has already been reported that “bronze” plans – the least expensive of the three options – will be seeing much bigger premium increases this time around.
2) The report only looked at the increase in premiums. Notice that it does not say anything about any potential increase in deductibles. The premium is only the monthly cost of the insurance. The deductible is the set total amount that a patient is financially responsible for as a part of their insurance coverage. As has been reported here previously, even the New York Times has taken notice of the skyrocketing deductible rates that have kept people from actually using their new insurance plans.

Doesn’t all of this just make you giddy to spend hours and hours next Saturday trying to sign up for a new Obamacare plan?

This law is a behemoth, and whether or not its creators deliberately meant to do this or not, it is pushing more and more people into thinking that single-payer is a viable alternative to this monster. The new Republican majorities would do well to remember that one of the reasons they got elected was to deal with this nightmare. Repeal may be impossible while Obama is still president, but funding can certainly be cut and reforms passed. After all, Democrats have no desire to run on Obamacare anymore, either.

We here at Victory Girls will be keeping an eye on what develops on Saturday.

END_OF_DOCUMENT_TOKEN_TO_BE_REPLACED 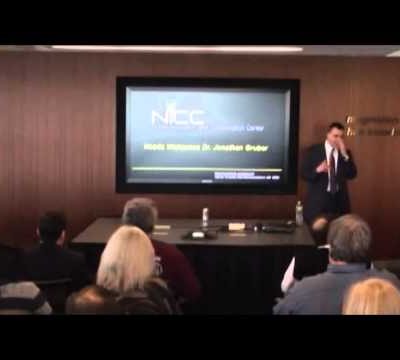 Obamacare Subsidies Are On Shaky Legal Ground, and the Left Knows It

This week was big on the Obamacare front, as the DC Circuit Court of Appeals ruled 2-1 in the Halbig case (it was originally called Halbig v….

END_OF_DOCUMENT_TOKEN_TO_BE_REPLACED

What Does the World’s Most Famous Hacker Say About Obamacare Website Security? – “Shameful”

You may have heard about Kevin Mitnick. He is known as the “World’s Most Famous Hacker.”  Mitnick was once the worlds most wanted cyber criminal. But after…

END_OF_DOCUMENT_TOKEN_TO_BE_REPLACED

Monday the 23rd is the “official” deadline to sign up for health insurance coverage that will begin January 1st. However, this week had some more “tweaks” by…

END_OF_DOCUMENT_TOKEN_TO_BE_REPLACED

At the beginning of the month, in a desperate attempt to deflect criticism over the national healthcare.gov site, Washington state insurance commissioner Mike Kriedler testified in front…

END_OF_DOCUMENT_TOKEN_TO_BE_REPLACED

Yesterday, on “Fox News Sunday“, Ezekiel Emanuel the infamous architect of Obama’s signature piece of legislation, pompously declared that a “big PR campaign” will solve the problems of the…

END_OF_DOCUMENT_TOKEN_TO_BE_REPLACED

“We’re Not Repealing It” – The President Holds A Pep Rally

After the events of the last two months, and the smackdown that President Obama got the last time that he held a press conference on Obamacare, it…

END_OF_DOCUMENT_TOKEN_TO_BE_REPLACED

So, it’s that time of year again. Two days from now overeating, overdrinking, and over-analyzing (well, at least in my family!), coupled with that general groggy feeling…

END_OF_DOCUMENT_TOKEN_TO_BE_REPLACED

President Obama gave a midday press conference today at the White House on the continuing drama of the Healthcare.gov website, and the blowback from the American public…

END_OF_DOCUMENT_TOKEN_TO_BE_REPLACED

Generally, when you fail to deliver on a project at work, there are a few things that are guaranteed to happen.  Being held accountable, or staying on…

END_OF_DOCUMENT_TOKEN_TO_BE_REPLACED

Obamacare, Three Weeks Later: Broken Code, Bad PR, and You Still Have To Buy It

How vividly I remember the Christmas season of 1999. I was newly engaged, and my future husband and I were giving joint Christmas presents for the first…