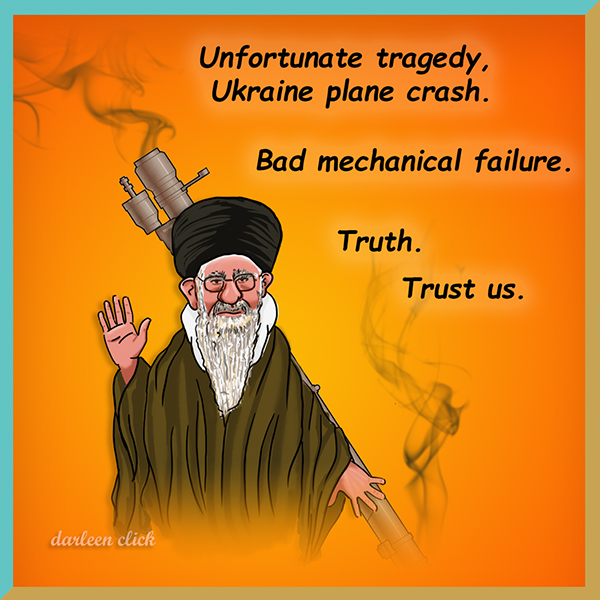 The Ukrainian Plane that burst into fire and crashed mere moments after takeoff from Tehran was likely shot down by mistake by Iran. Wednesday, Iran vehemently denied such a scenario. Today, they refuse to comment.

Investigation on Ukrainian Plane downing as it stands

The revelation comes as Ukrainian investigators reportedly are awaiting permission from Iranian authorities Thursday to examine the crash site and look for missile fragments. Iran has denied that a missile took down the Boeing 737 bound for Kiev, and its officials have blamed a technical malfunction for the aircraft’s demise.

“A strike by a missile, possibly a Tor missile system, is among the main (theories), as information has surfaced on the internet about elements of a missile being found near the site of the crash,” Oleksiy Danilov, secretary of Ukraine’s Security Council, told Ukrainian media.

This particular plane was a Boeing 737-800 manufactured in 2016. It had its scheduled maintenance check on January 6 and, according to Ukraine International Airlines , the crew was highly experienced.

The captain of the crashed plane has been identified as Volodymyr Gaponenko, an experienced pilot with 11,600 hours flying on Boeing 737 aircraft under his belt. The instructor pilot was Oleksiy Naumkin, also experienced with 12,000 hours on the aircraft. Ukraine International Airlines president, Yevhenii Dykhne, said, “It is impossible that there were mistakes by the crew.”

At a press conference in Kiev, he said Tehran airport was “not a simple airport” and the pilots required several years of training to use it.

It comes as no surprise that Iran has refused to allow Boeing or any US representative participate in the investigation. At this time, Iran also refuses to release the black boxes to any other entity that is qualified to conduct such an investigation. Indeed, Iran is now claiming that the boxes were “damaged with some memory loss”.

How much does this resemble the 2014 downing of Malaysian Airlines Flight 17?

A Buk missile from a Russian military unit brought down Malaysia Airlines Flight 17 over eastern Ukraine in 2014, a Dutch-led investigation revealed Thursday.

The missile was from the Russian military’s 53rd anti-aircraft missile brigade based in the Russian city of Kursk, Wilbert Paulissen of the Dutch National Police said. Paulissen was speaking at a presentation of interim results of the long-running probe into the downing of MH17.

As recently as September of 2018, Russia was still claiming a grand conspiracy about their responsibility and blames the Ukraine for the downing of MH17.

The tragic crash of a civilian aircraft shows everyone in the world how war leads to heart wrenching unintended consequences. We need a president who understands this. Dump Trump 2020. https://t.co/azGQHub3q9

Trump’s “flying in a tough neighborhood” & “it has nothing to do with us” were typical “who, me?” moves. Did it never occur to him that the plane filled with 176 souls would almost certainly never have been targeted by a trigger-happy Iranian missile but for the assassination?

This is where we are at. Only yesterday, VG Toni Williams wrote about Bernie Sanders and Elizabeth Warren agreeing to teleconference with pro-Iranian National Iranian American Council. You know, the contemporary version of the German American Bund.

Agree or not with President Trump, his occupying the White House is flushing the traitors and Quislings out into the open.