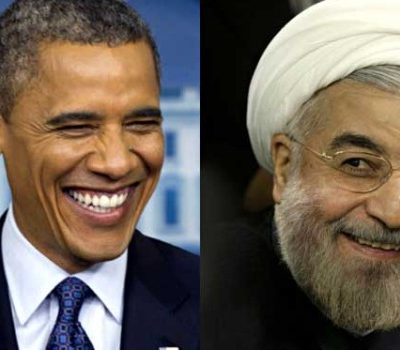 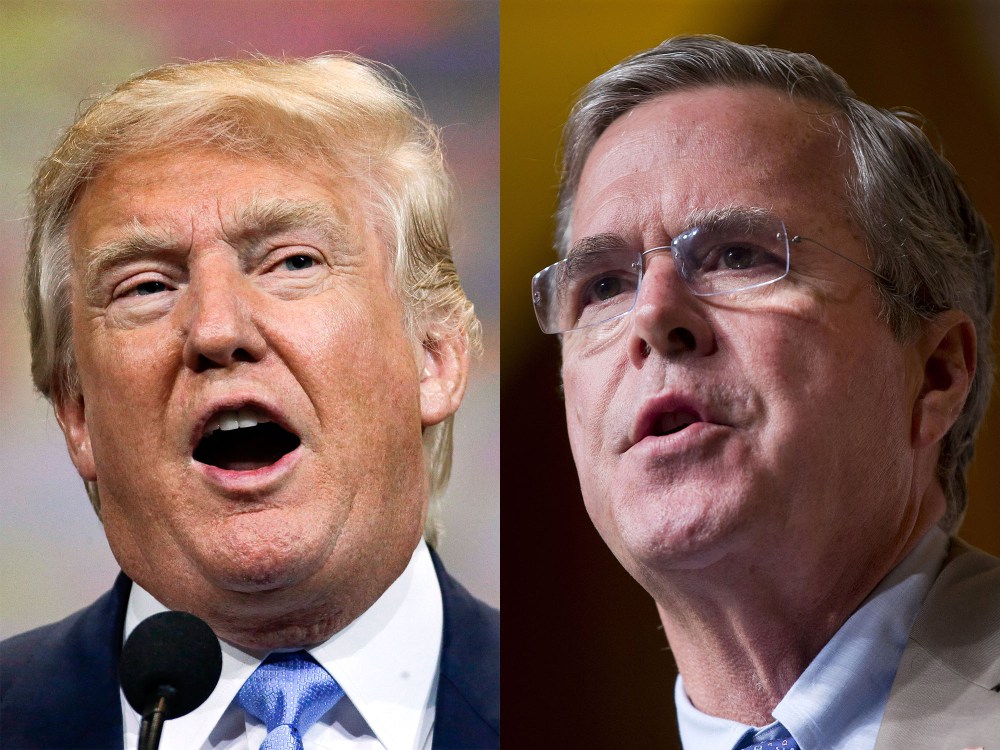 The war of words continues!! This time the feud between Donald Trump and Jeb Bush moved from Twitter to the Sunday morning talk shows. All of this on the heels of Trump’s word dysentery about 9/11, and Jeb’s debut of his campaign ad on Saturday.

And that’s when the fight continued. On CNN’s State of the Union with Jake Tapper this morning, Jeb added fuel to the fire.

“He’s not taking the responsibility, the possibility of being president of the United States really seriously. For him, it looks as though he’s an actor playing a role of the candidate for president. Not boning up on the issues, not having a broad sense of the responsibilities of what it is to be a president,” Bush said. “Across the spectrum of foreign policy, Mr. Trump talks about things as though he’s still on ‘The Apprentice.'”

According to Jeb, Trump’s idea of letting ISIS have free reign in Syria with a hoped for result of removing Assad from power, and then letting Russia take over is board game shenanigans. On that I have to agree. 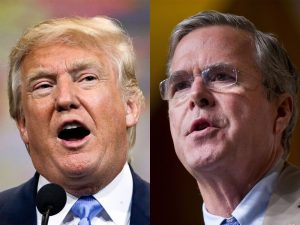 Jeb also took Trump to task for continually bringing up 9/11 and his brother, President George. W. Bush’s response to the attacks.

“My brother responded to a crisis, and he did it as you would hope a president would do. He united the country, he organized our country and he kept us safe. And there’s no denying that. The great majority of Americans believe that,” he said.

“And I don’t know why he keeps bringing this up. It doesn’t show that he’s a serious person as it relates to being commander in chief and being the architect of a foreign policy,” Bush added.

Predictably, Trump had a far different slant on the matter.

Trump told Fox News Sunday he doesn’t blame George W. Bush for the attacks of Sept. 11, 2001, but does question Jeb Bush’s claim that his presidential brother kept the nation “safe” — using 9/11 as the prime example.

Let’s recap what he said in his interview with Bloomberg Television the other day shall we? According to The Donald, he’ll be MUCH better as a President and Comforter-in-Chief because you know…

‘When you talk about George Bush – I mean, say what you want, the World Trade Center came down during his time.’

‘He was president, OK?’ Trump responded. ‘Blame him or don’t blame him, but he was president. The World Trade Center came down during his reign.’

The fact that Trump considers the Presidency as one’s “reign” is not only mind-boggling, but very disturbing. This morning Trump continued his grandstanding while talking with Chris Wallace. The only “predictable” thing about Donald’s interview was he STILL doesn’t make sense when discussing the issues!

In case you couldn’t handle watching the entire interview- here’s another of his jabs at President Bush:

Jeb Bush should stop trying to defend his brother and focus on his own shortcomings and how to fix them. Also, Rubio is hitting him hard!

Jeb, why did your brother attack and destabalize the Middle East by attacking Iraq when there were no weapons of mass destruction? Bad info?

Sorry, you think the Middle East was stable? https://t.co/PkgtfUwhv5

@TheRickWilson i'm really sick of that narrative. there were and are still WMDs in Iraq. and they didn't just magically appear in Syria

@TheRickWilson also the guy who is totally cool with letting Putin run the Middle East.

"@AdamBlickstein:I never thought I'd say this but @realDonaldTrump sparking a critical conversation on reality that Bush didn't keep US safe

@realDonaldTrump @AdamBlickstein lets not loose sight that is was Clinton that could have killed OBL. had in the cross hairs.

Oh yeah, THAT. Its been well known for years that President Clinton had several opportunities to ventilate Bin Laden, and he didn’t. But Trump doesn’t care about pesky details like that. Trump also doesn’t care about the fact that some of the 9/11 hijackers were ALREADY in the U.S. LEGALLY before President Bush took office. Instead, Trump would rather continue his long-running feud with the Bush family. Blogger Neo-Neocon did the research. As far back as 2007, Trump has had it in for President Bush. What the research boils down to is this: Trump is full of Bush Derangement Syndrome and shows no signs of stopping.

Therefore, as the Trump circus continues, think about this. If Trump is going to act like this during a Presidential campaign, what do you think will happen should he become President? Do we REALLY need this kind of immaturity for President?