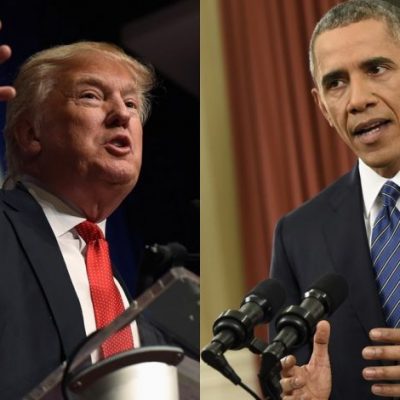 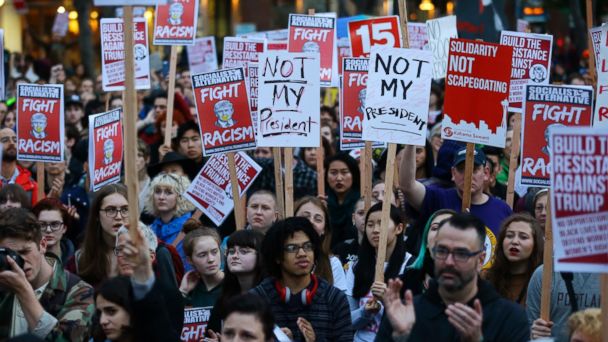 Protesters took to the streets Wednesday in at least 10 cities to march against president-elect Donald Trump – and numerous college students and faculty leaders took to social media to announce support groups and even postponed exams.

I have friends with kids at Washington & Lee University in Virginia and Denison University in Ohio and the kids were texting their mothers all morning with information about therapy dogs, hot chocolate and counseling for the confused and butthurt. My friends’s kids are bio-chemistry and economics majors. They were busy studying.

I have felt anger and confusion at the elections and re-elections of President Bill Clinton and President Barack Obama. However, not being a coddled cupcake, I didn’t protest. I had no time for that nonsense.

The Indian Express (from India??!!) reported:

Protests flared at universities in California and Connecticut, while several hundred people marched in San Francisco and others gathered outside City Hall in Los Angeles. And they spread south to Richmond, Virginia, and to middle American cities like Kansas City and Omaha, Nebraska.
Hundreds of University of Texas students spilled out of classrooms to march through downtown Austin. They marched along streets near the Texas Capitol, then briefly blocked a crowded traffic bridge.

Many of the signs were professionally made. Not that I have any proof, but I do wonder if George Soros has some kind of Fast Protest Sign Shop. And then there were the simply confused Planned Parenthood Pussy Protesters.

See, there is their problem. The Pussy or vagina, if you please, does not have a brain at all. I voted with my brain. Not my lady parts.

All of this would be tragic and sad, and a little laughable, but then there is this video.

Shades of the French Revolution! Casualties on both sides. That is not funny or sad. That is frightening. This woman is calling for deaths.

Hopefully, now that everyone has gotten that out of their collective systems. The anti-Trump protests will end. George Soros will hatch another plan. And, we can get on with making America great again.