Previous post
Trump Not That Smart According To Joe Biden

Next post
Critical Race Theory Is Divisive And Discriminatory 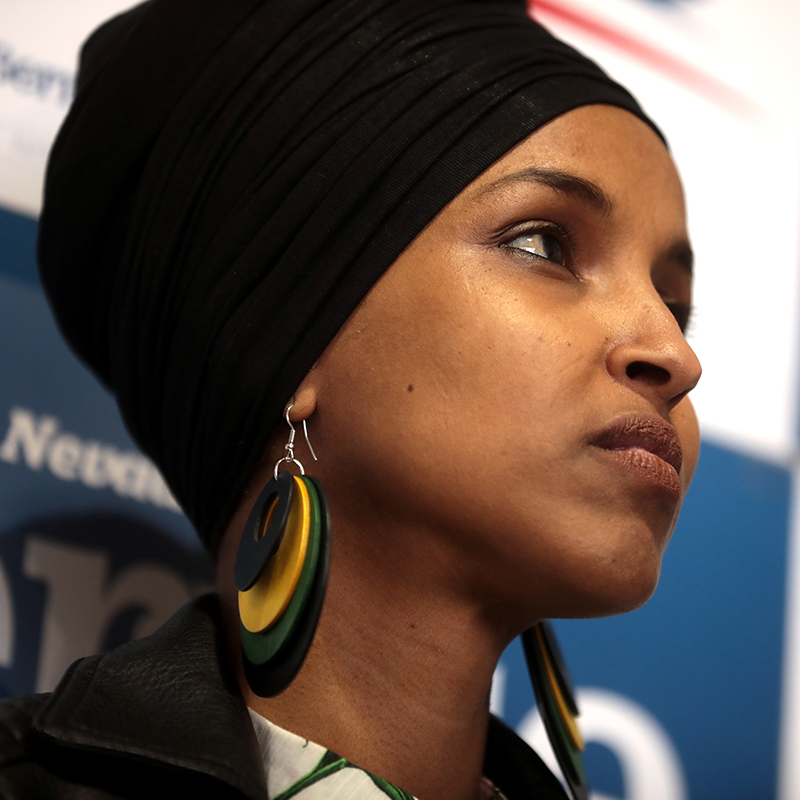 This is just as terrible as you think it will be. Project Veritas has thrown quite a hand grenade straight into the Minneapolis area, bringing the receipts to prove ballot harvesting.

It seems that Congresswoman Ilhan Omar, along with other connected politicians in the Somali community, have quite an expansive ballot harvesting operation going on – so much so, that one of their operatives actually bragged about it on Snapchat. And not only are they going around collecting ballots, especially from the elderly, but they are paying for the ballots in cash.

Between video evidence and insider interviews, the picture being revealed is a system of ballot harvesting and payoffs so corrupt and entrenched that it might not be salvageable.

“Numbers don’t lie. Numbers don’t lie. You can see my car is full. All these here are absentees’ ballots. Can’t you see? Look at all these, my car is full. All these are for Jamal Osman… We got 300 today for Jamal Osman only,” said Liban Mohamed in a series of Snapchat videos posted July 1 and July 2 on his own Snapchat profile.”

Mohamed said he was collecting the ballots to help his brother win the city’s Aug. 11 special election for a vacant Ward 6 city council race—which was held the same day as the primary for Omar’s MN-05 congressional seat. Ward 6 is the heart of the city’s Somali community and the Omar’s political base.”

Our investigation found that among three locations inside Ward 6, a ballot harvesting triangle, where the scheme operates: the Riverside Plaza apartments, the senior citizen community at Horn Towers and the Minneapolis Elections and Voter Services office at 980 E. Hennepin Ave., which also functions as a voting location and ballot drop-off site.”

The video lays out – in great detail – how the operation is run, and how those who are running it see themselves as so untouchable that they can post about it on Snapchat. Sit down and watch it – it is worth the 16 minutes of your time.

The target of the investigation is Squaddie Ilhan Omar. Between marrying her brother and allegedly committing immigration fraud, leaving her husband for her political consultant (and continuing to have her campaign pay said new boyfriend/now husband), and her past campaign finance violations, we know that Omar is willing to do anything to keep climbing the political ladder ever upward.

And when the informant, Omar Jamal, says that this ballot harvesting has been an “open secret” in the area, he wasn’t kidding.

I gave you plenty of notice, Team @IlhanMN!

I believe you knew too, @StarTribune.

Ballot fraud of this magnitude could definitely explain how, even though there was a lot of speculation about Omar’s lagging popularity within her own district, she still managed to pull out a commanding primary win, almost a full 20 points over her closest challenger. While local media attributed this to her progressive activist base and “get out the vote” campaign, it now looks a whole lot like a ballot harvesting machine of previously unrevealed proportions.

The biggest question is: now that the “open secret” is being revealed, what happens? We know the mainstream media will assiduously ignore Project Veritas until they are absolutely forced to cover the story, and even then the spin will all go the left’s way, as we no longer have a free and fair press. So, what will the elected officials do? We can’t expect much from Hennepin County Attorney Mike Freeman, as his authority can be easily pre-empted by the Minnesota Attorney General, Keith Ellison (as we saw in the George Floyd case). And do you really think that Keith Ellison is going to investigate ballot harvesting that benefits Ilhan Omar? Since Omar succeeded Ellison as the Congressional representative in Minnesota’s 5th District, this would be like asking Ellison to investigate his own backyard. Plus, do you really think that this ballot scheme has only been going on for the last two years? What incentive does Keith Ellison have to investigate ballot harvesting that HE likely benefited from?

Project Veritas has promised a part two to this exposé. Will other media outlets begin to pick up the story beyond the usual ones? Can Attorney General Barr do anything? We know there is no hope in shaming Ilhan Omar, but can her campaign manager Ali Isse Gainey be charged for allegedly being the guy who brought the cash to pay for votes? I am certain that there are more shoes to drop for Ilhan Omar. The question is whether or not anyone who gives a damn about election integrity will be willing to pick them up.