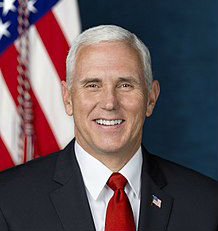 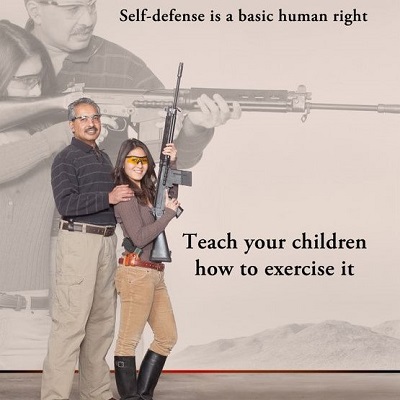 Next post
Note to Gun Grabbers: This is Why We Don't Trust You 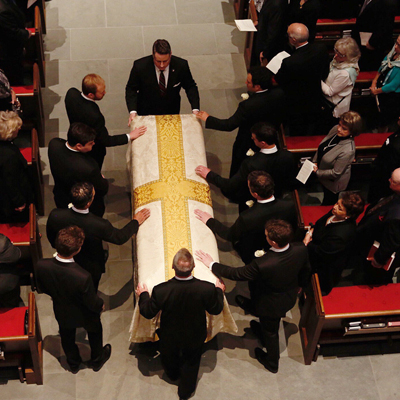 The Bush family laid their beloved wife, mother, and grandmother to rest today. America said its goodbyes to a beloved former First Lady, Barbara Bush, she of the pearls, the wrinkles, and the quick wit.

The funeral of Barbara Bush was much like her life — filled with humor, faith, and love from family and friends.

Her husband, President George HW Bush, wore his famous bright socks. However, these had images of books on them — a tribute to Mrs. Bush’s passion for literacy.

The socks worn by the 41st President of the United States of America at today’s funeral for former First Lady Barbara Bush. pic.twitter.com/12libHt1Jv

Writer Jon Meacham recalled a conversation GHWB and his beloved ‘Bar’ had last summer, when she asked him why he survived being shot down in World War II.

His answer? “You were the reason.”

Last summer, Barbara Bush asked her husband why he thought was saved after his plane was shot down in World War II.

He paused, then gave a heartfelt answer. pic.twitter.com/tFNd41EdFY

In addition, the Bush granddaughters took turns reading from the Bible, including namesake Barbara, daughter of George W Bush:

And then son Jeb Bush delivered this eulogy for his mother. Frankly, I don’t know how he managed to get through this:

Naturally, past Presidents and First Ladies also attended. President Trump did not attend, although Melania Trump did. She sat next to former President Barack and Mrs. Obama.

Which, of course, set the Twitter mob into high dudgeon. How dare President Trump not attend Mrs. Bush’s funeral! No class! No respect!

So why didn’t he attend?

Maggie Haberman of the New York Times thinks she knows. It’s because of all the bad blood between Donald Trump and the Bush family:

Having @potus there was not something the Bushes wanted. https://t.co/McfSGObvjC

But then, on the anti-Trump Right, talk show host Joe Walsh said that Trump was home watching Fox and Friends. Never mind that Fox and Friends was on the air hours before the funeral took place.

Instead of watching @foxandfriends this morning and attacking a reporter via Twitter, President Trump should've gone to church. He should've gone to Barbara Bush's funeral and paid his respects to the former First Lady & Pres George HW Bush, two decent, civil, selfless Americans.

And finally, the Twitter mob showed up. Yes, they know the answer! He was golfing!

#BarbaraBushFuneral Happing right now. Where is Trump? Tweeting hate and playing golf! Such a busy day that he can’t even show his respect to the former First Lady! Shows once more his lack of respect, but he demands it for himself. #TheResistance

Let this sink in-the sitting President, who is a "Republican" has skipped the #barbarabushfuneral to go golfing and sent his wife to walk into that situation ALONE. I didn't think I could have any less respect for him, until today.

Then while there were those who pitied poor Melania being left all alone, there was this guy who wondered why Melania the ‘Racist Birther’ was even there. Especially seated next to President Obama.

Melania’s husband abandoned her, so, even though she promoted the racist birther conspiracy, Obama sat next to her.

I find it ironic that many of the same people who called Barbara Bush’s son “Hitler” while he was president are suddenly soooo concerned about respect for the late First Lady. 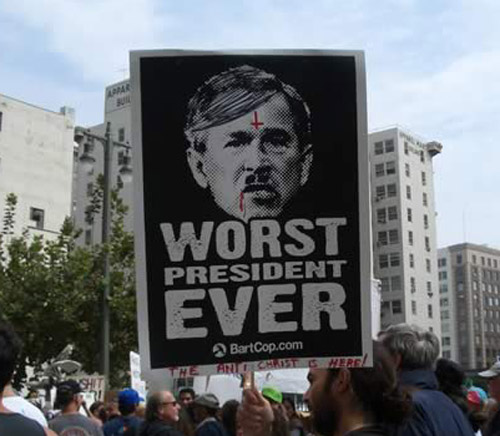 The hypocrisy — it burns, doesn’t it?

However, the real reason why President Trump didn’t attend may be twofold.

First of all, if he went, there would be a need for added security, causing unwanted disruptions.

Secondly, he wouldn’t be the first sitting president to avoid the funeral of a former First Lady.

President Trump not in Houston for Mrs. Bush’s funeral. The last president to attend a first lady's funeral was John F. Kennedy, for Eleanor Roosevelt's service in 1962. https://t.co/cvwOcsSRRe

Yes indeed, the last president to attend such a funeral was John F. Kennedy, some 56 years ago, for Eleanor Roosevelt. In fact, Barack Obama didn’t attend either Nancy Reagan’s funeral in 2016, or Betty Ford’s in 2011. And while Bill Clinton did speak at the graveside of Jackie Kennedy in 1994, he didn’t attend her actual funeral, either.

But hey, let’s not bother to do a quick Google search to find out why President Trump didn’t attend. It’s more fun for the Twitter mob to gang up on him, even his wife. Facts don’t support the narrative, do they?

However, I’d be willing to bet that if President Trump did indeed attend the funeral, the Mob would criticize him for that too. I swear, the man could save a drowning puppy and they’d still blast him. Yes, it’s just another day on braindead social media, isn’t it?