Previous post
Biden Will Stay Up Late On April 28th 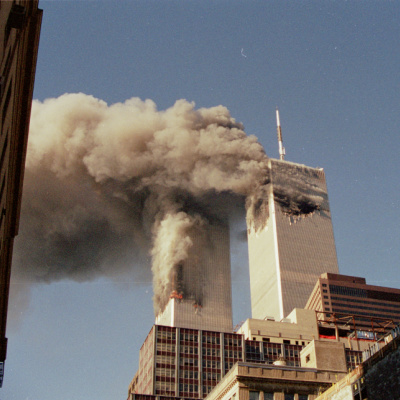 by Toni Williams in military 8 Comments

Joe Biden is expected to announce today, Wednesday, April 14, 2021 that U.S. troops will be withdrawn from Afghanistan by September 11, 2021. President Trump had announced his decision to withdraw troops by May 1, 2021, an inoffensive and neutral date. Biden’s pick of that day, September 11, is offensive on every level.

It doesn’t matter what you think of war, in general, or the war in Afghanistan, in particular, you must agree that September 11 is a sacred date. The day the Towers in New York City fell, the Pentagon was attacked, and brave passengers on Flight 93 decided to take the cockpit back and Todd Beamer said, “Let’s roll!”. The planning and coordination for these brutal attacks on our country took place largely in Afghanistan. The Taliban, which controlled Afghanistan after the Russian withdrawal, allowed Al Qaeda and other terrorist groups to use the country for training. Just after September 11, 2001, we tried to get Osama Bin Laden, the brains behind the attack, in Tora Bora, Afghanistan.

The war in Afghanistan has cost American blood (+2,300 dead and +20,000 wounded) and treasure. The twenty year war has cost us $800 billion, although the one year war on Covid 19 has cost us about $5 trillion. The media all tell us the war has gone on too long. I don’t want to see one more service personnel get so much as a paper cut in battle. However, we leave at what cost?

The Haqqani Network in Waziristan, Pakistan has discussed teaming up with Al-Qaeda. Trump had planned to pull out troops by May 1, but the Afghanistan government has not met the goals the Trump Administration set for them. If we leave Afghanistan, who will fill the vacuum? Never mind, we know the answer.

If we haven’t won the Global War on Terror, it is not the fault of our military personnel. Our military personnel win. The fault, as always, lays at the door of the men and women in elected positions and the perfumed princes and princesses of the Pentagon.

Last night, General Jack Keane appeared with Lawrence Jones on Fox News Channel. Jones began with the refrain that the war has gone on too long. Keane made clear he disagreed with Trump and disagrees with Biden. Here is the video:

So, the Taliban sees that there’s political weakness here in the United States in terms of a resolve to stay, and they’ve been obviously taking advantage of that situation. I think this decision is misguided because it’s reckless and it’s also shameful…

The terrorists haven’t left the battlefield…we don’t keep the American people informed and advised, is what’s going on. None of our presidents have ever done a very good job of doing that. And the facts are, they’re still out there. And as I said, I think what we have done and what we have matured and evolved to is a very specific and focused threat on only those groups that have aspirations to hurt America and the American people. And it is a modest involvement in doing that. And, it is a complete distortion about talking about this major war that we’re involved in in Afghanistan, it’s just not the case.

Damn straight. We need intelligence and a quick reaction force of really deadly special operators in Afghanistan. We have similar operations all over North and West Africa.

This accounts for a significant proportion of US Special Operations forces’ global activity: more than 14% of US commandos deployed overseas in 2019 were sent to Africa, the largest percentage of any region in the world except for the greater Middle East.

It would behoove us to have a proper force in Afghanistan to prevent the fall of the government and the Taliban taking over again. Isis and Al Qaeda are jumping for joy at our weakness. It’s a slap in the face to everyone who volunteered to serve.

Speaking of slaps in the face. Joe Biden picked the twentieth anniversary of September 11 for the symbolism. That date for withdrawal is a slap in the face to every victim of the September 11 attacks, every person who volunteered to serve, the wounded and the loved ones of every person killed in action or who lost their war at home.

There should be nothing else on September 11. There should certainly not be our capitulation to the enemy on that date. What kind of lowlife does that? Joe Biden and his minions. There is nothing on this planet that those people won’t politicize. The dream about politicizing everything and wake up with a plan.

More on the Biden pull out:

“It is time to end America’s longest war,” Biden says. “It is time for American troops to come home.”

He also is trying to make the case that it is time to pay more attention to greater geopolitical challenges. In the early part of his presidency, Biden has spotlighted the growing economic competition with China and malign actions by Russia targeting the United States.

“Rather than return to war with the Taliban, we have to focus on the challenges that will determine our standing and reach today and into the years to come,” Biden says, according to the excerpts.

After his speech, Biden intends to visit Section 60 of Arlington National Cemetery to honor the sacrifice of those who died in recent American conflicts.

A senior administration official said the September withdrawal date was an absolute deadline that won’t be affected by security conditions in Afghanistan.

China and Russia are threats, but we can walk and chew gum at the same time. Unless Biden is also pulling out all of the troops in Africa, this is just for show. Especially the part that security conditions in Afghanistan won’t affect the deadline.

The mewling Liberals and talking heads will bleat about Joe Biden going to Arlington Section 60 to honor our troops. Oh, he cares so much. I guarantee you the teleprompter readers will wipe tears from their eyes at the vision of Joe at Arlington. If only the heroes of Arlington could rise from their graves and bitch slap Biden into next week for trying to make a show at sacred ground.

None, and I mean none, of these people give a fat rat’s backside about America, the American people, or our troops.