Next post
Vaccines For Infants And Toddlers Based On Faulty Data? 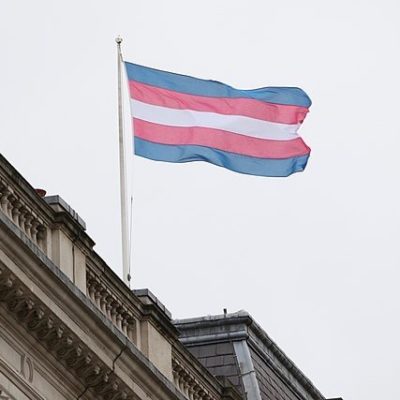 Matt Walsh has never minced words on his opinions of the ongoing transgenderism trend here in The United States. He has been called a hateful, transphobic bigot by the liberal left. (I’m sure they threw “racist nazi” in there because they always do).

The Washington Free Beacon penned a spotlight on an excerpt from Walsh’s book of the same title as his recent Daily Wire documentary, “What Is A Woman?” Walsh, discusses how transgenderism, once amongst a small group of individuals, has exploded in our culture. This, from Chapter 5, “The Transgender Takeover”:

Transgenderism was moving from sideshow to the main stage, and now it’s in absolutely every sphere of life. There’s no avoiding it. Transgenderism is the heart of the cultural conversation in America, and the only escape is death or becoming Amish.”-Matt Walsh

Even the Audubon Society has hopped on board:

Now the birds are even telling us!

And just like that, encouraging children to “be whatever they want to be” includes allowing minor children to participate in harmful drug regimens and surgeries. It seems as if our culture has fallen face-first into delusional, unrealistic thinking. Most of the times, we find this thought brought on by adults who are so hellbent on impressing others that they are willing to sacrifice the well-being of their own children to be on this stage.

You cannot begin to tell me that Zyler and Kadyn Sharpe are “undecidedly” transgender. Their parents decided that transgenderism is what they wanted for their children. Works well with their liberal playgroup cronies in their Harvard hometown. So edgy and cool are they, to be raising kids who will someday say, (pardon me for being crude) “If I identify as having a penis, I have a penis” or “If I have a penis, I can still menstruate”.

No, not really, you can’t, darling.. Nor is your biological girlfriend your “boyfriend”. She can say she “identifies” as a “boy” all she wants. Proclamation does not a reality make, son.

We saw this when the big push was on all of us to get a less-than-effective vaccine. In the workplace, the same people who are adding preferred pronouns to their signatures (as if we dare assume their gender), were the same ones saying “if you have not had your second dose of the Pfizer or the Moderna, you are not fully ‘vaccinated'”. Didn’t matter if some people “identified” as having said vaccine. Those who “identified” as such were called “delusional” and “inflammatory” and “dangerous”. They were killing everybody. They were against the “common good”. No one tiptoed around and cared about their feelings or their beliefs.

Heaven forbid, we trample upon the trendy, though. There are whole seminars on honoring transgenderism in the workplace. Get with the program and be “culturally sensitive” or get fired, as the story goes. Even if the so-called he who now wants to be they/them is chronically absent or late to work or just simply ineffective at performing work-related tasks. You’re the problem, you’re the homophobic bigot for calling out this reality. You’re just saying these mean and nasty things because you are aa hateful human being.

I am by no means discounting true, legitimate issues of gender dysphoria. I am not attempting to demean grown adults who decide they would be more comfortable if they were to transition to the opposite gender and who make an informed and personal decision on their sexuality. I am questioning the transgenderism trend as it is now, though, because it is directly impacting our young people and children. The transgenderism trend is a fantasy that is not at all deeply rooted in the realities of life. For example, a “C” student is not going to get into a prestigious college (unless you’re David Hogg who magically gets into Harvard, but I digress.) A below-average athlete is not going to get a full-ride athletic scholarship. A student who claims a disability when he or she does not have a medical diagnosis of a disability is not disabled. These are concrete, hard truths. Wanting to be Wonder Woman as an adult when I was seven years old did not make me so. My mom had to have a very real conversation with me about this. I cried a bit, I got over it and I moved on, still donning my chlorine-soaked Wonder Woman swimsuit to the neighborhood pool.

The transgenderism trend that has taken center stage is neither rooted in truth nor is it rooted in reality. The transgenderism trend is not “harmless rebellion”. Skipping class on the last day of school while teachers chase you down may be considered harmless, high school rebellion. The transgenderism trend amongst our young people is breeding delusion, confusion, anxiety, mental-illness and a flat-out inability to cope with the realities life throws at them. It’s no wonder we seen an increase in marijuana and fentanyl use in high school students. These kids are no longer asking for a car or a letterman’s jacket (GASP-yes, I said “LetterMAN”) for their 16th birthday but to get shot-up with dangerous drugs and referred to as pronouns that do not normally make sense grammatically in our English language. And the parents are capitulating.

We The People are capitulating. The loudest voices in governing our nation are telling us to comply and conform to this delusion. They are using pop culture, our media and news outlets, our workplaces and our institutions of learning to disseminate the message that this delusion, confusion, anxiety and mental illness is the “new normal”. The birds are even telling us! If this keeps up, more than one will fly over the cuckoo’s nest.