Previous post
Harris Still Giggling Her Way To The Bottom 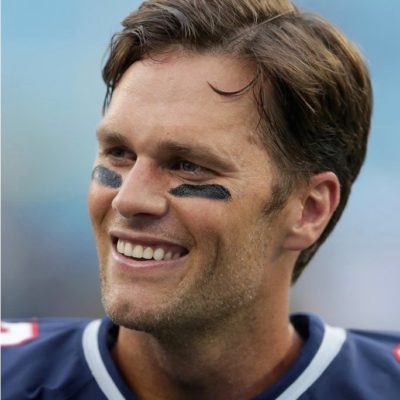 Kyle Kusz, attributes Brady’s popularity due to “the latest wave of white supremacy” in his latest book, “The Palgrave Handbook of Masculinity and Sport”. What triggered this investigation? This commercial:

…and, of course, the Beautyrest commercial that gave the New England Patriots’ quarterback an “imposing” appearance.

I decided to research Trump and Brady’s public performances of their white masculinities and how they connect with broader debates about race and gender politics after a student in one of my classes brought the UnderArmour commercial to my attention and it piqued my interest. In each of these sites, Brady is figured as an unconflicted and unapologetic embodiment of upper-class white exceptionality and manly omnipotence.”-Kyle Kusz

Blahbbity, blah, blah, blah. Sounds like a personal problem to us. An abstract from the chapter of Kusz’s book:

In short, Brady embodies a living fantasy of white male omnipotence that serves symbolically as an imagined solution to white male anxiety for those who feel that the United States is in the midst of a culture war against white men and traditional American culture and values. In each of these ways, cultural (and self-) representations of Brady’s white masculinity showcase the new preferred representational logics used to render white masculinity visible within this latest wave of backlash politics that extends from the Trump White House through popular culture to the online spaces that brought the alt-right life. At stake in this politics is the renewal of white male prerogative as the taken-for-granted governing logic of American civic life.”-Kyle Kusz

Professor Kyle is not bitter about Brady’s Six Super Bowl rings. Those did not contribute to Brady’s popularity at all. And we’re sure Kusz isn’t the least bit bitter that Brady snagged himself a gorgeous supermodel for a wife who attends his games with their kids and it actually seems as if they have a decent marriage. Those things alone don’t make Tom Brady a threat. The things that do fuel”white supremacy”, according to Kusz? Brady golfed with Donald Trump. (GULP. GASP.) He brought a bunch of his white friends to The Kentucky Derby. He only has one black friend on his Facebook account, supposedly. I mean, by those accounts, Brady is one scary, white dude, don’t you think? Brady is totally cool with being the token white guy on the team and hanging out with his upper, middle-class white friends. He’s not apologizing for it. And this is wrong, apparently. It is the equivalent of shouting “white power” from the 50-yard line at a Pats game.

Kyle Kusz only got a 3.1 rating from his own students. This is terrible. This guy is a joke. Tearing down someone who was drafted in the 6th round who became the best and then making it racist is below despicable. Kyle is only an associate professor at Rhode Island. Weak.

This guy Kyle Kusz is a disgrace. Im a black guy and Tom Brady is my favorite player of all time. What a joke!!! No way that book should of been allowed to be published. He is the greatest QB to ever live. Thats why he's so popular. Dont play with my guy like that man. SMH😡🤬🖕

But wait, Kyle Kusz is white and using white Tom Brady to be popular writing this garbage. Isn't that taking white power one step farther than Brady? Using white exploitation to advance whiteness.

It’s too bad Kyle Kusz is late to this party. Other outlets and publications have attacked Brady, Belichick and The New England Patriots in general for being “too white”. How dare they win Super Bowl Championships! But let’s examine Tom Brady as “an imagined solution to white male anxiety for those who feel that the United States is in the midst of a culture war against white men and traditional American culture and values,” shall we?

Let’s get one thing straight. We ARE in the midst of a culture war against white men and traditional American culture and values. According to Kusz, an “imposing frame” on a white guy is scary. Many images of a white guy sweating on a field and training are “triggering”. The white guy taking a win for his team is also fueling the fire of “white supremacy”. The white guy hanging out with other white guys screams racism. Let’s see what would happen if the white guy tried to act like an African-American guy. Would they cut him some grace? What if Brady took a move out of the fake-diversity playbook of white Democrats? Would they be happy then? All of a sudden, there is something fundamentally wrong with being a fan of the white guy QB, too. Are there nutcases out there that will take this too far? Yes, and they are equally as pathetic as Kusz is. But most heterosexual, American men are simply sick and tired of the BS that these flowy-haired, clammy-palmed, perfecters of the limp-handshake (and maybe other things that are limp…just saying, lots of cannabis will do that to a person), soy-drinking, poor excuses for men with PhDs pepper into their lectures at any given university hall at any given time.

As for Tom Brady and the Pats, ignore Kyle -err-Kusz and do your job this season. Kyle Kusz will continue to do his job and use his God-given, American, First-Amendment (white) privilege to indoctrinate kids whose parents are stupid enough to pay through the nose per credit hour for one of his classes.