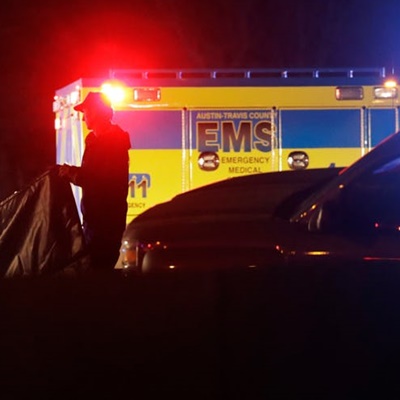 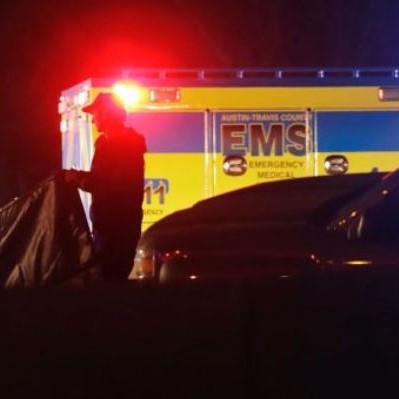 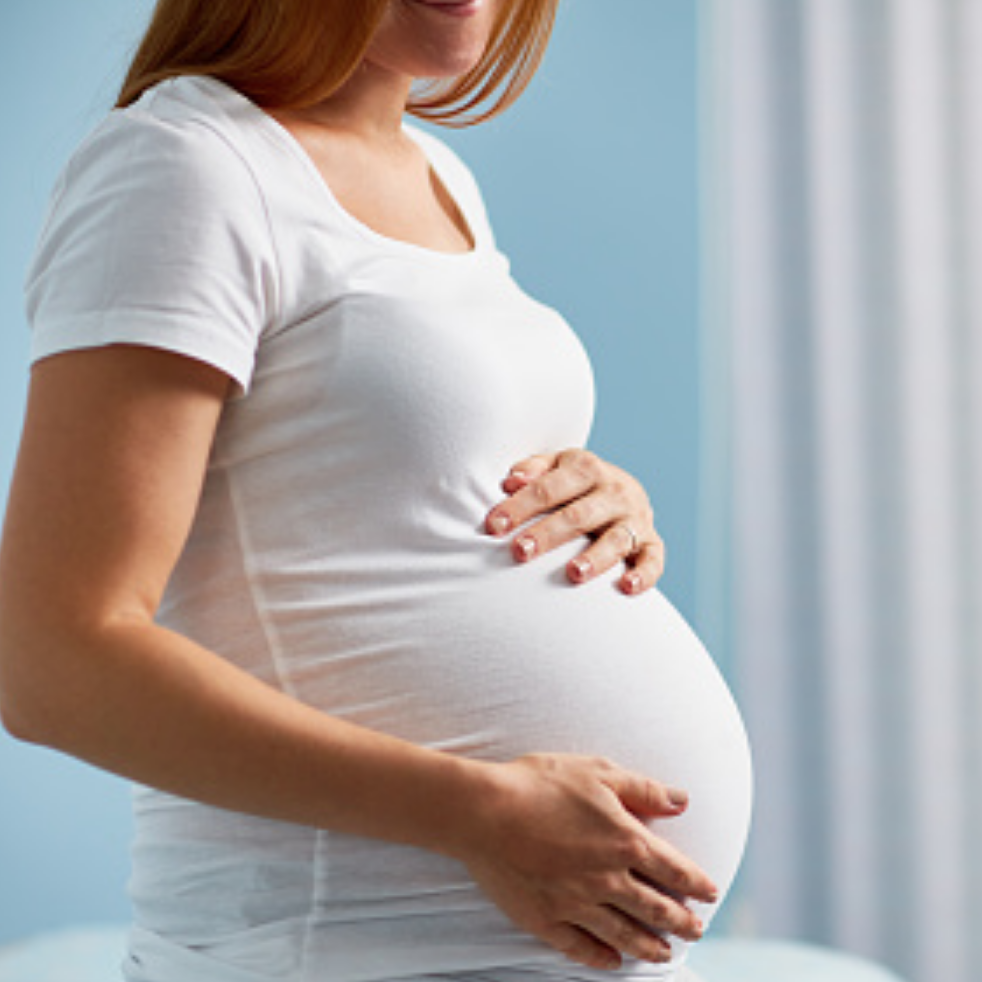 Let me tell you what it was like when I recently visited a non-profit, faith-based pregnancy center. It was absolutely incredible. Imagine an honest, compassionate staff eager to show love to women facing crisis pregnancies. Imagine storage areas with tons of diapers, formula, strollers, carseats, onesies, bottles, etc (all donated, mostly by local churches) that are set aside for the numerous families that walk in the door any given day.

Imagine an encouraging Bible verse painted on the wall. Imagine a registered nurse and an ultrasound machine, ready to show a pregnant woman the first image she will ever see of her baby. Imagine the referrals to medical centers that provide low-cost or free prenatal care. Imagine the referrals for housing made on behalf of pregnant women facing homelessness. I saw a center that offered all of that.

And now imagine seeing, posted in a prominent way in such a center, a message that essentially says, “We don’t offer abortion, but there’s a way you can find a provider that does– and for low-to-no cost.”

Unfortunately, because of California state law, mandated disclosure of information about abortion and abortion services is a reality for non-profit crisis pregnancy centers (CPCs) in California. That means that workers in these centers, the vast majority of whom strongly believe abortion equals the taking of a human life, are compelled by state law to essentially advertise murder as an option to solve a crisis pregnancy.

The US Supreme Court is now mulling over National Institute of Family and Life Advocates v. Becerra, a case that pits non-profit pregnancy centers in California against the state law that compels them to present abortion as an option to the people they help.

According to The LA Times, the law “requires pregnancy centers — including those that are faith-based — to notify women that the state offers subsidies for abortion… Under the law, the nonprofit centers must post a prominent notice if they have “no licensed medical provider” available. Centers that are licensed must go further and notify clients that the state offers “free or low-cost” contraception, prenatal care and abortion.”

Fortunately, almost all of the Supreme Court justices had a bone to pick with the disclosure law… even RBG:

According to the LA Times, the justices will vote on the case– and in so doing, likely strike down the state law– before the end of the current term.

The LA Times observes the common perception that the law is “unfairly targeted at the faith-based centers.” Indeed, small, faith-based non-profit pregnancy centers are in the bullseye of this state law. For-profit clinics and doctors are exempt from the law.

All of this hubbub is attributable to the fact that pro-choicers are sold on the notion that the majority of CPCs are filled with liars whose professional aim is to make women carry unwanted babies to term, even if it means deceiving them.

According to Alexsandra Desanctis at National Review, “Planned Parenthood, NARAL, and EMILY’s List have boosted the law by conducting an all-out assault against CPCs, calling them “fake women’s health centers” and accusing them of luring women in with “deceptive” information.”

Hey, I get mad at the thought of CPCs lying too. CPCs should never, ever deceive women and I’m in favor of calling out CPCs that do. There’s no excuse to lie– the truth and scientific evidence are on the side of life. But the reality is, your average CPC is probably run by a group of honest, hard-working, Christ-following people who are invested in helping women and babies.

“Often, a woman will specifically seek out a CPC because she wishes to keep her child but feels unable to do so, whether because the child’s father or her own family wants her to abort, or because she doesn’t have enough income to support herself and her child… For all of their talk about the ultimate importance of the “right to choose” and “female autonomy,” Planned Parenthood and NARAL can’t stand the idea that women might freely choose to keep a pregnancy — and that they might be aided in that choice by groups that tell them they don’t need to abort their children in order to be free.”

She’s absolutely right, and I’ll add another thought. For all of the fuss pro-abortion groups are making about the danger of deception from pro-life charities, said pro-abortion groups sure do know how to lie their pants off. But hey, we all knew that already, right? Why else would they be interested in preventing women from seeing ultrasound screens? That little baby moving around on the screen is a hard truth to acknowledge if you’re in a position to make good money off its blood.

Here’s some other examples of how pro-abortion groups lie (either to us or themselves), courtesy of pro-choice activists in favor of the California law:

Abortion is not “care.” The vast majority of pregnant women do not need abortion to (re)attain physical health. Plus, abortion can wreak havoc on psychological health.

We’re live in front of the Supreme Court to fight for women’s rights and #EndTheLies. Not even sleet will stop us! pic.twitter.com/myF95PVCWW

Honest, accurate abortion care? Show them ultrasounds, then. Share resources with them that would enable them to keep their baby, if you actually do care about choice. Do it. Do it.

Reproductive freedom for all… except the innocents murdered in utero. Let’s think this through: when an abortion provider dismembers a girl baby, the provider is putting their hands (or clamps, vacuums, whatever) on the baby’s ovaries, right? So those “keep your rosaries off my ovaries” signs are just for people who are no longer attached to an umbilical cord, right?

"Real reproductive health providers give their patients ALL the information available, backed by science, about ALL their options." — @dawnlaguens demanding @SCOTUS to #EndTheLies pic.twitter.com/To9eEGTVpo

HAHAHA… there is NOTHING scientific about pro-abortion rhetoric.

When you make the blanket statement that CPCs are entities that shame and oppress women, you flatten an entire community of people. Liberals are supposed to notice that communities are nuanced and diverse– but somehow, libs are also dead-set on pushing the narrative that all CPCs are evil.

Just because there is anecdotal evidence that some CPCs have, at times, used deception (just like your average Planned Parenthood) doesn’t mean all CPCs are a net detriment to society. Try shutting down all CPCs and seeing what a blow that is to local communities who rely on them for supplies and referrals.

Today, SCOTUS hears oral arguments for NIFLA v. Becerra, a case that examines the constitutionality, of California’s FACT Act, a law that affirms women have the right to not face deception when acquiring reproductive healthcare. We are here to demand #endthelies pic.twitter.com/mdQJg6k97k

Sorry, freedom of speech trumps freedom from deception. That poor dog knows what’s up. Just look at his face.

Did you know it can be really hard to tell a fake women’s health center from a *real* healthcare provider, since they intentionally market themselves to deceive women? See if you can do it with this quiz: https://t.co/YsCQBSP3a6 #EndTheLies #ExposeFakeClinics pic.twitter.com/NvW3Qe3dyL

Many CPCs are actually medically-licensed. So, again, PP is making a deceptive blanket statement. And most CPCs do not provide prenatal care anyway (they refer their patients out for it), so, really, this is a non-issue.

The moral of the story: the pro-abortion community might say that they care about truth. But they don’t. Or, they care about what they think is truth. They are so convinced that abortion is worth fighting for that they are willing to deceive us (or themselves). Our response should be to stay vigilant in terms of communicating the truth.

The Supreme Court response to NIFLA vs. Becerra is heartening, but what will win the war against abortion are the pro-life community’s daily efforts to help pregnant women keep– and care for– their babies… which is something CPCs do wonderfully.

And pro-choicers can’t touch that.