Previous post
Shades of Alice In Wonderland: Bowe Bergdahl, Merriam Ibrahim and Why Obama Chose A Deserter Over A Mother And Her Children

by Kelley Kruse in Headlines 6 Comments

Anytime the media has an opportunity to bash Christians, they jump on it. If an opportunity to smear Catholics arises, then whoa, everybody wants a piece of that delicious host and sip of wine. This particular story broke late Thursday, and by yesterday was everywhere.

The headline from ABC news read:

Headlines like this were everywhere. Funny thing is, they were only partially true. All of those Christian/Catholic bashing news outlets forgot to do one very important thing: check their sources. Had they done so, they would have gotten the real story. Yes, there is a real story, one that isn’t so sensational, but still pretty darn good. Of course, that means they wouldn’t have had the headlines they so desired, and maybe that’s why they didn’t verify the facts. No one bothered to contact Catherine Corless, who is the woman behind the story. The woman who for years has been doing the research so the children’s names could go on a plaque.

“I just wanted those children to be remembered and for their names to go up on a plaque. That was why I did this project, and now it has taken [on] a life of its own.”

So here is the real story about Catherine Corless and her research. The story does have the skeletal remains of children who died long ago. It even has what a good Irish tale needs: an Irishman in a Pub having an ale telling a story.

As you will see upon reading her story, these children died for various reasons, including measles, whooping cough, influenza, bronchitis and meningitis. It was a reflection of the times when infant mortality rates were much higher than today. Infections spread rapidly, especially in institutions. Each of those children had a name, a birth date, and date they died and the reason for their death, which is what her research will show. As to why the 20 or so children were buried in an old abandoned sewage tank, maybe we will never know. Catherine Corless viewed it as a crypt. Possibly the Sisters and the mothers of the children did too. And the people in the area have taken care of the burial place of the children for decades, by planting roses and flowers and even putting in a grotto.

And from The Irish Times:

Tuam mother and baby home: the trouble with the septic tank story

‘I never used that word ‘dumped’,” Catherine Corless, a local historian in Co Galway, tells The Irish Times. “I never said to anyone that 800 bodies were dumped in a septic tank. That did not come from me at any point. They are not my words.”

So the MSM got their fill of Catholic bashing. Shame on them for being so eager to sensationalize the story that they forgot to check their source. One thing is for sure, in as much as the media would have liked to portray the Catholic Sisters that ran the home as baby killers, they certainly were not anything like a Gosnell. Perhaps the media would have known that, if they had bothered to cover that case. 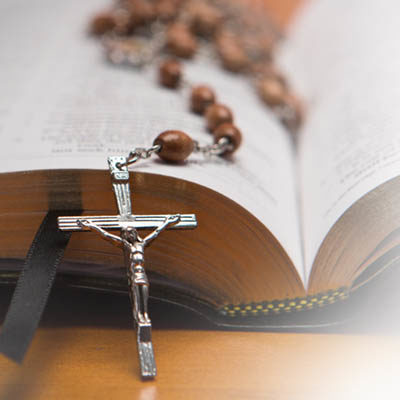