This weekend marks the 71st anniversary of D-Day, the largest seaborne invasion in history, the event which began the eventual defeat of Nazi Germany.  This weekend also saw the publication of an article in the New York Times castigating the storied special operations unit SEAL Team 6. 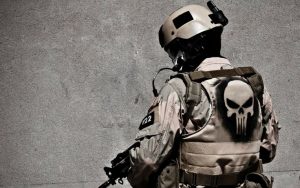 Entitled, “The Secret History of SEAL Team 6: Quiet Killings and Blurred Lines,” the subhead read, “The unit best known for killing Osama bin Laden has been converted into a global manhunting machine with limited outside oversight.”

The multiple writers led off the article with the following:

They have plotted deadly missions from secret bases in the badlands of Somalia. In Afghanistan, they have engaged in combat so intimate that they have emerged soaked in blood that was not their own. On clandestine raids in the dead of the night, their weapons of choice have ranged from customized carbines to primeval tomahawks.

They also accused the operators of:

The NYT also charges that the Navy and Congress are not fully in control of the secret operators. An attorney for the State Department told the NYT that “This is an area where Congress notoriously doesn’t want to know too much.”

Not everyone was impressed by the NYT’s article, especially with its publication made on the D-Day anniversary.

@iowahawkblog Hell of an article to publish on the anniversary of D-Day. The NYT is making a claim for World's Most Tone Deaf Company.

Then again, what can you expect from a left-leaning media, even concerning what is arguably the nation’s most celebrated military unit?

Witness what happened at Rick Perry’s announcement of his presidential bid.

The former governor of Texas made his announcement flanked by fellow Texans and former SEALs “Lone Survivor” Marcus Luttrell and his twin brother Morgan.

Their appearance flummoxed many in the liberal media. George Zornick, editor of the left-wing The Nation tweeted this:

This guy def captures my reaction to Rick Perry's announcement too pic.twitter.com/xgDA5AxxIc

When challenged by a Twitter follower if he knew that ‘this guy’ was Marcus Luttrell, he responded he had never heard of him, or of the movie “Lone Survivor.”

Who are these dudes behind Perry? pic.twitter.com/eyXlFoX7qC

Ana Marie Cox, founder of the feminist blog Wonkette, made this snarky comment:

One of the Perry sweaty bearded men is in a dateline-enables witness protection program. pic.twitter.com/j3bMJGyKkJ

It’s no surprise that these members of the chattering classes have no idea who the Luttrell brothers are, nor are they above leveling criticism upon a highly efficient special ops unit in a time of war — a war which was brought to our soil on 9/11 by the indiscriminate killing of nearly 3000 innocent civilians. The military is not in the media’s wheelhouse, and many of them feel contempt for military members and their roles.

But 70+ years ago, the media did all they could to prop up the war effort and the men fighting in World War II. Watch this newsreel and notice the admiration the media had for the American fighting men. (In the video, however, you’ll notice Soviets shooting surrendering Germans in violation of the Geneva Conventions).

It’s certainly true that SEAL Team 6 is not composed of saints; saints do not make for an efficient fighting unit. But the SEALs are also fighting a barbaric enemy the likes of which we have not faced before: religious zealots who have no compunction about butchering the innocent in the name of their god. The media should keep in mind that SEAL Team 6 — along with the rest of our fighting forces — are the ones standing on that Wall keeping all of us protected.