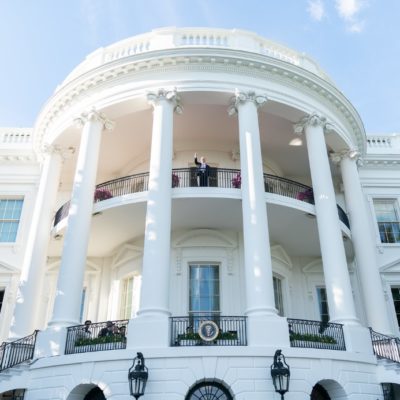 Next post
Washington Nationals Go To The White House

Elizabeth Warren released her “Medicare For All” healthcare plan on Friday. Most media organizations have attempted to attempted to tease apart her numbers. The problem with Senator Warren’s plan, as with Obamacare, is that it is a grand lie.

The grand lie about any and all of these plans is that every person in America can have all of their medical needs met by the doctors they want, at the facilities they prefer, without exorbitant costs. It is just NOT POSSIBLE. There is not enough money. There are not enough facilities. There are not enough healthcare professionals. If anyone thinks this is possible they are either delusional or lying. I think, in Elizabeth Warren’s case, it is both. What a heinous woman.

David Catron, writing for the American Spectator, titled his article “Elizabeth Warren’s Health-Care Chimera”. I knew vaguely what a chimera was, but I wanted to be sure. I Googled it. According to lexico.com, a chimera is:

(in Greek mythology) a fire-breathing female monster with a lion’s head, a goat’s body, and a serpent’s tail.

2A thing which is hoped for but is illusory or impossible to achieve.

Isn’t that just a perfect description of both Miss Warren and her labyrinthine creature? It is both a fearsome and dangerous creature, and impossible to achieve.

The healthcare expert that Warren relied on, Dr. Donald Berwick, sounds like he would give Dr. Kevorkian a run for his money. From the article:

Warren leaves out a few details about Dr. Berwick. If you have forgotten, he was installed by President Trump’s predecessor as administrator of the Centers for Medicare & Medicaid Services (CMS) by virtue of a recess appointment. He was forced to resign a year later because the good doctor is a longtime advocate of health-care rationing. Berwick once praised the ruthless rationing methods employed by Britain’s National Institute for Health and Clinical Excellence (NICE) thus: “The decision is not whether or not we will ration care; the decision is whether we will ration with our eyes open.” This is the character Warren turned to for a cost analysis. So, what exactly is Senator Warren promising?

Remember that this is also the Barack Obama solution to Grandma’s healthcare issues? Just send her home with a bottle of aspirin.

Mr. Catron does an exceptional job in his article of negotiating the S-turns of the financing for this “Medicare For All” plan. Again, from the article:

Her plan repeatedly claims that this stupendous amount of money includes “not one penny in middle-class tax increases.” There will, of course, be taxes on the Left’s designated villains, including “the financial sector, large corporations and the top 1 percent of individuals.” There will be additional taxes paid by “ultra-millionaires and billionaires,” as well as an additional employer tax the plan styles a “new Employer Medicare Contribution.” It goes without saying, of course, that there will be a substantial cut in what she calls the “military slush fund.”

The financial sector and large corporations will, necessarily, pass on these costs to their consumers. In plain language, that is you and me. Everyone will pay more: the upper class, the middle class, the lower class. Everyone.

Let’s not even mention that, as Mr. Catron points out, Medicare, itself, is scheduled to be bankrupt by 2026.

Kate McKinnon’s cold open for Saturday Night Live, had more truth in it than, perhaps, the writers intended.