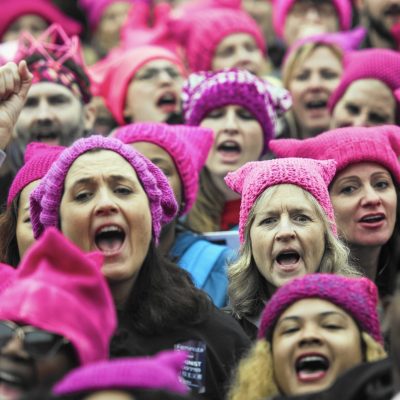 Previous post
#WomensMarch2018: The Return of The Sisters of the Traveling Pussy Hats

Next post
No, #WomensMarch: It’s Liberalism That’s Working To Take Away Our Rights 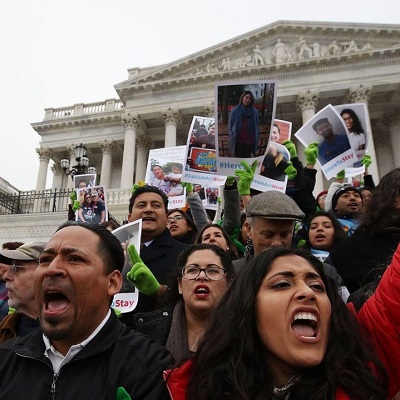 As I was driving to work yesterday morning, one of the local morning shows was interviewing a Democrat Congressman about what – at the time – was a looming shutdown. I was shocked to hear him admit that the Democrats were using the government shutdown as leverage to kiss the asses of their beloved illegal aliens.

I wasn’t shocked that they were doing so – that’s pretty common knowledge – but shocked that he so blatantly admitted it, and even used the word “leverage.”

“So, what you’re saying is that illegal aliens are more important to you than the Americans whom you represent, who put you in office, and who pay your gorram salary, you pernicious, oozing sore on the dick tip of humanity?” I yelled at my radio.

It was even more disheartening to see my social media feed this morning, filled with gleeful, sarcastic proclamations from my friends about how the government shutdown “affected” them.

“Feral people roaming the streets without government stopping them!”

“No one to confiscate our property or regulate us to death!”

“Lazy, entitled government employees! Make sure they don’t get backpay either!”

Look, I get it. I’m not a big fan of government bureaucracy or the regulatory state. I can’t tell you how many times I’ve walked into the HR spaces at my former agency and saw a bunch of indolent, barely literate jackasses sitting around, playing solitaire on their government computers, or surfing the web, while one harried intern ran around trying to help whomever walked in the door. I’ve seen the mountains of regulations and the additional mountains of regulations to fix what the first set of regulations messed up. We can successfully get rid of agencies like HUD, HHS, Department of Education, and other worthless bureaucracies and fare better as a country. I have often said that if I was given the option, I would leave Defense, State, Treasury, the intelligence community, DOJ, and maybe a handful of others, and dismantle the rest.

But you know what? This shutdown is not about that, and it will affect much more than just the chaff, who will be sent home, on what is likely to be a paid vacation, because more likely than not they will get paid after the Senate pulls their heads out of their asses.

This shutdown is about the military. While I’m told there was a bill introduced to ensure the military, who are still on duty, get paid eventually, that’s not a guarantee.

It’s about economic growth. For those who know how the Gross Domestic Product is calculated, the shutdown will mean a loss of what could be billions of dollars to the economy, depending on how long the shutdown lasts. Fox News reports “The 16-day government shutdown in 2013 cost the country $24 billion of lost economic activity, according to an analysis from ratings agency Standard & Poor’s.”

Essential staff (read: national security personnel – those who target terrorists, inform policy makers about threats to the Homeland, and work to protect our critical infrastructure and financial institutions) are still going to work. Except they’re not going to get paid until this mess is resolved and the government is fully funded. What that essentially means is they’re working for IOUs. Isn’t that pleasant?

Oh, but entitlements? Yeah, Social Security checks will still go out. You’ll still get your Medicare and Medicaid bennies.

But your tax refund? You know, that money you earned and overpaid to the government? Yeah, that will likely be delayed. Loan processing is delayed, so if you want to close on a house you’re buying, you’re shit out of luck.

Essential personnel such as air traffic controllers and federal corrections officers will work, but, again, who knows when they will get paid? They also have bills and mortgages, which – if this shutdown lasts any length of time – may not get paid.

On a macro scale, if millions of people default on loans, we could be faced with a banking crisis. Think of the mortgage crisis of a few years back. On a micro level, people will be unable to pay their bills, and it will be hard for them to catch up. Their spending will drop, which will impact local businesses. Overall, not a good thing.

And consider the “morality” of forcing thousands of federal workers to work for free – or for IOUs. 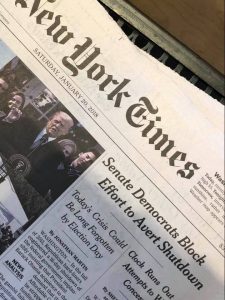 I blame the Democrats. The GOP tried. They compromised. Schumer and his fellow swine decided that hundreds of thousands of Americans who would be impacted by this shutdown were less important than illegal aliens, and refused to accept the compromise. This is all on them, and even the New York Times admits it. They refused to fund essential government functions, left hundreds of thousands of people wondering whether they would be paid, left our military on duty without a guarantee of a paycheck until they resolve this mess, all because those poor illegals have to be sent back to their country of origin.

The Republicans negotiated. The President encouraged Congress to pass a permanent DACA fix to allow the youngsters who were brought to America illegally by their parents to remain here. But the Democrats don’t want a compromise. They want what they want when they want it, and they’re willing to screw hundreds of thousands of Americans to get it.

This is an election year, and they should be held accountable.