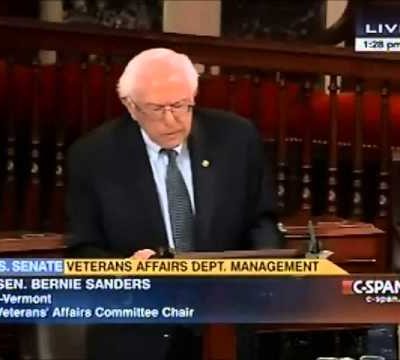 Rep. Darrell Issa (R-CA), Chairman of the House Reform and Oversight Committee, has revealed excerpts from still-classified emails regarding the Benghazi attack from the State Department, in which they note that the White House had contacted YouTube regarding the video. The was the beginning of the narrative that later became part of Susan Rice’s official “explanation” for the attack and the deaths of Ambassador Stevens, Sean Smith, Tyrone Woods and Glen Doherty.

The memo suggests that even as the attack was still underway — and before the CIA began the process of compiling talking points on its analysis of what happened — the White House believed it was in retaliation for a controversial video.

The subject line of the e-mail, which was sent at 9:11 p.m. Eastern Time on the night of the attack, is “Update on Response to actions – Libya.” The e-mail was written hours before the attack was over.

Issa is calling for the White House to release a declassified version of the email in question, so that it can be part of the record on the Benghazi attack.  The White House, according to ABC, is spinning this madly:

Predictably, Elijah Cummings (D-MD), who was just named by Minority Leader Nancy Pelosi to be the ranking Democrat on the Benghazi select committee, and who has tangled with Issa in the past, got upset with this particular document leak.  However, Issa felt that this particular email was so important to establishing what he has been trying to prove, and what others have been saying – that the White House went looking for an excuse to hang this terrorist attack on – that he made a statement into the official Congressional record (excerpt below):

New evidence obtained by the Oversight Committee, however, contradicts this explanation.  An e-mail sent at 9:11 pm eastern time on September 11, 2012, (3:11 am September 12 in Libya) to the Diplomatic Security Command Center under the subject line ‘‘Update on response actions—Libya’’ recounts items discussed in a Secure Video Teleconference attended by senior Administration officials.  Among the items noted in this e-mail, one
states: ‘‘White House is reaching out to UTube to advise ramifications of the posting of the Pastor Jon Video.’’ Among descriptions of actions from different agencies, the e-mail says nothing else about what the White House was doing that night. …

According to the e-mail, the White House—at 3:11 am Libya time—had resolved to call YouTube owner Google about an Internet video being responsible for violence more than two hours before Americans Tyrone Woods and Glen Doherty were killed by militants at 5:15 am.

The “Pastor Jon Video” being referenced was most likely referring to Terry Jones, the Florida pastor best known for burning Korans, who had promoted the “Innocence of Muslims” video, according to Hot Air.

While Democrats complain that they are being forced into participating in this “shameful” committee, they have no explanation as to how that video ended up as the scapegoat for all the violence and murder in Benghazi – or why the White House would be so certain that this particular video was to blame even before the the attack was over.  Chairman Gowdy certainly has his work cut out for him.  Getting to the truth is not going to be an easy task.