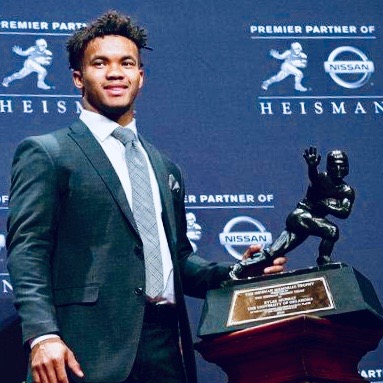 Thank You for Your Service, John Kelly!

Thank You for Your Service, John Kelly! 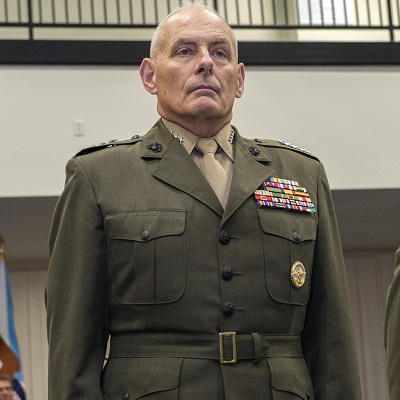 I first met then-Commander of US Southern Command John Kelly a few years ago when I spent several months at SOUTHCOM for work. He struck me as a no-nonsense Marine, who respected his colleagues and had an intrinsic understanding of SOUTHCOM’s mission and how it fit into the bigger national security picture. To Gen. Kelly, the area of operations wasn’t just about the military supporting Latin America counternarcotics and anti-organized crime operations. He understood the whole-of-government approach to defending America from these threats.

I will say unequivocally that he was one of the best leaders I’ve ever had the honor of working with, and I’m sad to see him leave the White House.

The first time I briefed him about something that – at first glance – didn’t seem to have anything to do with the military, his eyes brightened and he seemed fascinated with the topic. He asked for an additional report on the topic for the next day’s morning briefing, and I had a sharp-as-nails Navy Petty Officer brief the General and his staff about the situation.

We wound up working with Latin American partners on a specific target with stellar results, using tools that US forces normally don’t use.

That was John Kelly. He thought outside the box. He took action. He understood the AOR and knew that what happens in Latin America has an indelible impact on our national security.

That’s why I was thrilled when Donald Trump nominated John Kelly to be Homeland Security Secretary! I knew that the person who stepped into that position would need to understand border security, financial intelligence, counternarcotics issues, and the geopolitical environment of our neighbors to the South.

It wasn’t just the drugs. It was Venezuela’s corrupt socialist government officials funneling tons of misappropriated funds through the US financial system. It was corrupt businessmen laundering money for vicious cartels. It was human trafficking and human smuggling that could bring drugs, illicit funds, and potential Islamic extremists through our borders. It was Hizballah activities in the tri-border area between Brazil, Paraguay, and Argentina. It was lax citizenship-by-investment programs in the Caribbean that make it easy to get western passports and travel to the US.

John Kelly was perfect for the DHS job, so I was a little… uh… disappointed when he became White House Chief of Staff – not because I didn’t think he would do a fantastic job, but because I was convinced that he was the ideal choice to head DHS, given his prior experience.

Gen. Kelly has been in his current position for nearly a year and a half. He tried to instill a sense of discipline and order in a White House headed by a person with no experience in politics and in the ways of Washington. For his efforts, John Kelly was attacked by the media and the left (but I repeat myself) as unfit for the job because of his dedication to organization and his passion for service.

Yes, there have been rough patches in John Kelly’s White House tenure, and yet through it all, he remained committed to his job and his country. I believe he has been a magnificent asset to the White House and the nation writ large and has dedicated his life to service, even though he could have just relaxed and enjoyed retirement after leaving SOUTHCOM.

And as usual, as reports of John Kelly’s departure began to roll in, a certain subset of rutabaga immediately assumed that the departure was about ego/anti-Trump agenda/deep state. Luckily, those root vegetables are few and far between, so I won’t dwell on them. I will jut note that John Kelly is one of the best and brightest to ever serve our nation, and I – for one – am honored to have had the opportunity to work with him.

Thank you, Sir, for your decades of commitment to America and your sacrifices. I wish you success in whatever mountain you choose to climb next.