Next post
Biden Calls Trump Names While Complaining About Name-Calling 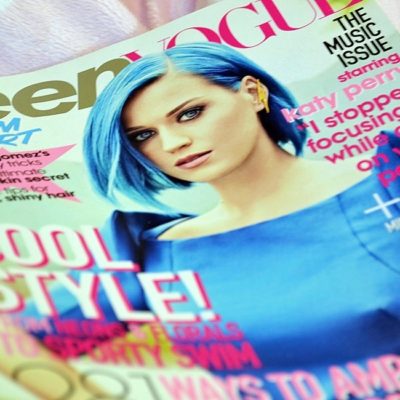 Teen Vogue, to some, is just not worth the read. To a parent of a teen, I will tell you something, it is and here is why.

“The story focuses on the challenges the student, who is estranged from her family, has faced and how she has managed to overcome and create a successful career for herself. In her freshman year she said her grades were really bad and she was associating with the wrong group of people. It’s just profiling how she managed to overcome these kinds of obstacles and to get to where she is now, where she has a successful career and is living on her own money — she is self-reliant.”-Bailey Kirkeby, Bear Creek High School Student

Despite threats made on behalf of the Lodi Unified School District to Kathi Duffel, she “won” her battle for free speech and the article published, which you can read here. An excerpt:

“I still have the scars on my arm [from getting blood tested], [The phlebotomist] poked me four times in one arm, and she couldn’t get any blood out of it, so she poked my wrist for the blood. Four [phlebotomists] tried to get blood from me, and they were like ‘I don’t know what’s wrong; it’s not working. I swear I had it!’”

Fink was scheduled to shoot her first professional pornography scene in March, but the scene was canceled at the last minute when the company that booked her saw her body acne.

“[The company] has 4K camera quality that is crisp and clear, so they wanted me to get my body acne cleared before they shot a scene with me,” Fink said. “[My agent] told me the scenes I was going to be doing, too. I was so excited.”

It is estimated that there are 100,000 to 150,000 under-aged child sex workers in the U.S. These girls aren’t volunteering to be sex slaves. They’re being lured—forced—trafficked into it. In most cases, they have no choice.”-John W. Whitehead, The Rutherford Institute

The statistics are alarming to say the least.

Maybe because she talks about how much money she’s made in her “successful career” using her body in 5 minutes and how she is “excited” about upcoming sex scenes she now (legally) can perform, according to her scumbag agent? That is, after she takes care of that unsightly body acne…

What gets me about this is Teen Vogue‘s whole focus on the “humanizing” aspect of an industry that is dark, abusive towards women and objectifies women. I thought we needed to “believe women” when they are abused and objectified? I thought this was not okay, ever? Nope, it’s okay as long as you’re enjoying it and making the fat stacks of cash. It’s just a “simple story about a woman who had made some choices”. It’s filed under “human interest” in the school newspaper and under “sexual health” (THAT is a laugh) in Teen Vogue.