Next post
Round Up Time: Biden Unity Already a Success 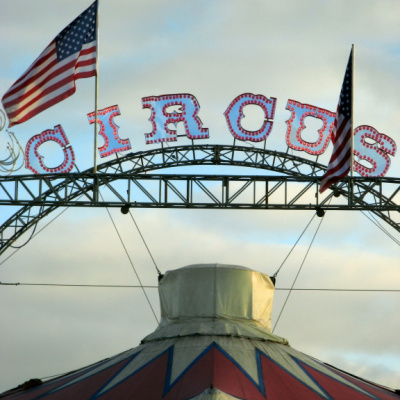 This may be a little angrier than what you would normally see from me. I am doner. That’s totally a word. I have been done with the lying sacks of excrement known as the Democrats for a long time. That’s why I was on the Trump Train early. Today, Nancy Pelosi came out in a press conference and begged the Republicans to “stop the circus”. You first, you vicious hag.

Here from CBS News is the nub of what the current Speaker of the House said:

House Speaker Nancy Pelosi slammed congressional Republicans for “refusing to accept reality” by declining to acknowledge President-elect Joe Biden’s victory and said their focus on propping up President Trump is distracting them from addressing the coronavirus pandemic.

“They’re engaged in an absurd circus right now, refusing to accept reality,” Pelosi said in a joint press conference with Senate Minority Leader Chuck Schumer on Thursday. “Stop the circus and get to work on what really matters to the American people — their health and their economic security.”

Listen you ruthless, cold-blooded, dime store facsimile of Marie Antoinette, you have been the ringmaster of this national circus for the last two years. You want the circus stopped; you stop the circus. While President Donald Trump has been slashing regulations, bringing jobs home and increasing economic security for everyone, you were trying from January 20, 2016 to destroy, impeach and remove him as President. And, before we, the American people, can have health and economic security, we must have our Constitutional rights preserved. That’s what we, more than 72,000,000 of us, are trying to do. No states have certified their election results. The state of Georgia has announced a hand recount, without President Trump even asking. Let our Constitutional rights be upheld, you venomous snake.

Now, I am going to post the video of the press conference in just a minute, but I want to tell you about a book called The Cure. Watching Nancy Pelosi made me think about the book. Here is a brief description:

“It is the year 2407, when everyone wears a mask to emphasize conformity, and tranquility has been implemented via genetics, drugs, and therapy.

If the author had changed the words to “conformity and unity”, it would perfectly describe our current situation. Here is the video:

We get it; the Covid-19 pandemic is bad. That’s why you tried to fill up all of the bills that were written to help people with all your presents for your friends. Donald Trump has tried to walk a knife’s edge. He tried to protect the public from the Wuhan Lung Rot without doing further damage to the “health and economic security” of the general population. You have played politics with the disease from jump, you heartless cur.

I am doner than done. I am donest. You want to stop the circus, Nancy. Retire. Be gone. Never show your overly tightened face in public and take your teeth with you.