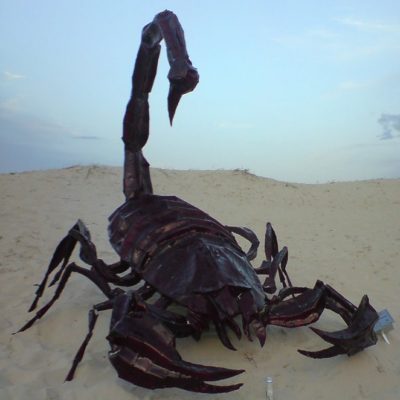 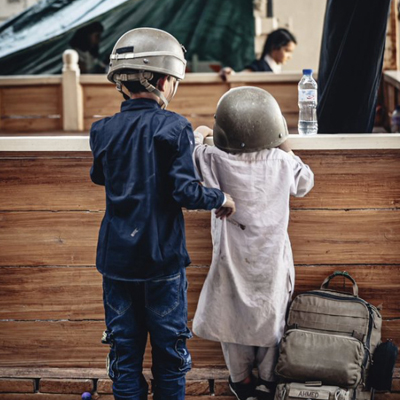 What more could go wrong for Americans in Afghanistan? On Wednesday evening, the State Department issued a warning telling US citizens to avoid coming to Kabul Airport. Instead, they will need to wait for an email from the government telling them what to do.

#Afghanistan: Due to threats outside the Kabul airport, US citizens should avoid traveling to the airport and avoid airport gates unless you receive instructions to do so. Those at the Abbey Gate, East Gate, or North Gate now should leave immediately. https://t.co/InzuVjXhLT pic.twitter.com/6ncsJBEVLu

In addition, the British and Australian embassies also issued similar warnings. And while Australia’s foreign minister, Marise Payne, said that the Taliban assured her that they would allow Australian citizens and visa holders to leave, she added:

“Our travel advice remains: You should not come to Hamid Karzai airport because it is not safe to do so, and if you are in Kabul, you should shelter in place, move to a safe location and await further advice.”

That’s because there have been “credible” and “specific” threats of terrorist attacks. One senior US official said that these threats most likely come from an ISIS State affiliate in Afghanistan, as if the Taliban isn’t bad enough. Some of the fears include use of bomb trucks, or even suicide bombers outside Hamid Karzai Airport.

They call themselves “Islamic State Khorasan,” or “ISIS-K” for short, and these guys don’t like either the United States or the Taliban. And they are also a particularly nasty bunch. Think of them as the Delta variant of the original ISIS.

ISIS-K started six years ago by Pakistani Taliban who didn’t like the Afghan version. In fact, they didn’t think the Taliban was hardline enough for them. Katherine Zimmerman, an expert in foreign and defense policy at the American Enterprise Institute, explains:

A British expert explains that ISIS-K combines Islamist barbarism with a touch of organized crime. Not only does ISIS-K want to create a caliphate, they want to expand as well.

Michael Pregent, a former American intelligence officer, fears that ISIS-K would love to make examples of Americans and allies left behind in Afghanistan:

So just how many Americans remain in Afghanistan? Or more accurately, how many are stranded there? (Sorry/not sorry, Jen Psaki.)

According to Secretary of State Antony Blinken, there are only about 500 Americans left in Afghanistan. Or not. At a press briefing on Wednesday, Blinken said that of 6000 Americans who wanted to leave, 4500 passport holders were rescued. That leaves about 1500 people, and of that number, he says 500 want to get out. Meanwhile, the State Department says they haven’t heard from about 1000 American citizens as to whether or not they want to leave.

Are you confused yet?

Actually, Blinken said, the number is fluid and “dynamic.” But trust him. He trusts the Taliban:

“The Taliban have made public and private commitments to provide and permit safe passage for Americans… and Afghans at risk going forward, past August 31.”

At that same press conference, a reporter asked Joe Biden what would happen to Americans still in Afghanistan after August 31. Biden smirked. The WH then cut the audio feed, so no one could hear Biden’s answer.

REPORTER: “If Americans are still in Afghanistan after the deadline what will you do?”

However, here’s what happened: Biden told reporter Peter Alexander, from typically friendly NBC, that he’d be “the first person I call.” Then he took no more questions.

And he's the NBC guy https://t.co/DJgmFq07yR

Some of those Americans stranded in Afghanistan include 20 students and 16 parents from various schools in the Cajon Union Valley School District in California. Why they decided to go to Afghanistan for a summer trip is beyond me. But never mind that — how will they get out?

And then there are the Afghan broadcasters who have been working for US Government Radio. They are some of the most exposed Afghans who work for the US — insurgents even killed one of them. How will they get out?

Rep. Dan Crenshaw (R-TX), a former SEAL officer, has ideas. He told Breitbart News on Wednesday that there should be more places for people to get out other than Kabul. And he’s all for taking back some air bases, too.

“If anybody screws with us, we tell them we will meet them with deadly force. That should be our very simple policy.”

Sounds good to me. And it’s gutsy, so it just might work.

Except for one teensy little problem: Joe Biden has no balls. Dan Crenshaw knows it, too.

“He forgets he has the entire might of the U.S. military at his disposal if the Taliban screw with us, and he just refuses to acknowledge that fact.”

Aye, there’s the rub, as Shakespeare wrote. Biden and the Democrats keep thinking they can appease their way out of Afghanistan. After all, as Blinken said, the Taliban have made “commitments” to allow Americans to leave Afghanistan safely.

Meanwhile, hundreds, if not thousands, of Americans won’t go to the Kabul airport because of terror threats. Instead, they’ll wait for the State Department or some US official to send them an email giving them instructions. And they’ll wait, and wait — for an email that might come too late. Or maybe not at all.

UPDATE: The threats are happening: explosions reported outside the Kabul airport; Jennifer Griffin reports there was a suicide bomber.