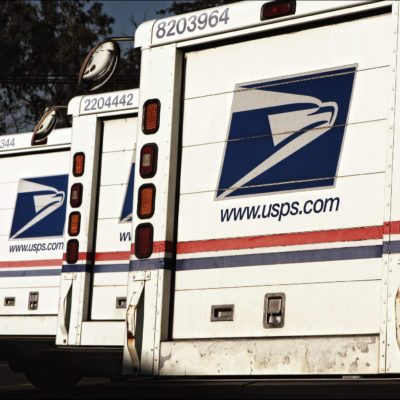 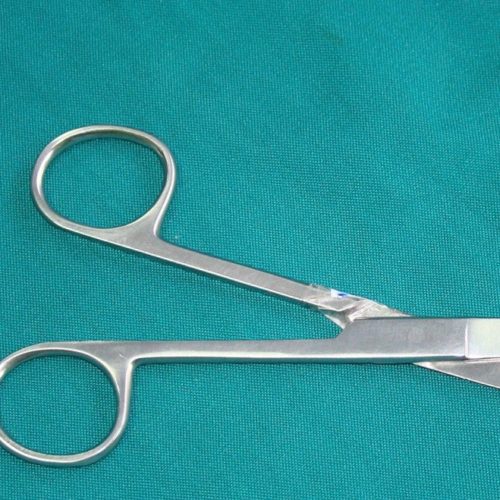 Step right up for a snip, boys! Everybody’s getting them, according to Politico. From extreme liberals (including an anarchist) and anti-abortionists, the recently unemployed, and at least one election denier, says Politico.

The Dobbs ruling this summer is what prompted Dr. Esgar Guarín to set up his mobile vasectomy clinic right outside of a Planned Parenthood in Joplin, Missouri. One might recall that the state of Missouri has banned all abortions except for medical emergencies.

Dr. Guarin started his SimpleVas clinic in Iowa, where gentlemen can go in for a quick snip.

An increase of clients going in and out, says the newscaster. I know, maturity rules here.

Guarin has gone on the road with his mobile vasectomy clinic. This prompted a guy by the name of “Denny Dalliance” to make the trek to see The Nutcracker. Dalliance (appropriate last name), who apparently identifies as polyamorous, does not want to fruit the world with his seed.

Many women, especially in deep-red states like Missouri, responded with immediate alarm to the Dobbs decision, imagining how they would navigate an unwanted pregnancy. Dalliance was among the many Americans who asked themselves what they could do to prevent those pregnancies in the first place. In the months after the Dobbs decision they called a doctor’s office to book an appointment for a vasectomy, a form of contraception that involves severing the vas deferens so that sperm cells cannot leave the testicles and thus cannot fertilize an egg.”-Jesus A. Rodriguez, Politico

Good for Dalliance in realizing that his polyamorous lifestyle and fears of climate Armageddon are not conducive to bringing children into the world. It’s called being responsible.

Whether or not they wanted a vasectomy before June 24, the majority of the 15 men I spoke with said Dobbs accelerated their decision-making process. Some of them saw this as the only alternative, given the unavailability of abortion in some states and the specter of the Supreme Court targeting contraception next, taking a hint from Justice Clarence Thomas’ concurring opinion.”- Jesus A. Rodriguez, Politico

Read between the lines, here. Targeting contraception next. This means abortion is not viewed as contraception because conception has already occurred, supporting the rulings and the arguments placed forward by the Supreme Court. So, this statement, blows the whole argument for abortion as a form of birth control/contraception out of the water, snip, snip, snipping into tiny little pieces.

Kids are expensive. I have a house payment, we have cars, life’s already expensive as it is now, and yet another kid in there … it adds up really fast.”-Anthony Phillips

Dr. Guarín, has a copy of the book, “Ejaculate Responsibly,” by Gabrielle Blair inside a cabinet in his mobile clinic. This short read brings up the conversation no pro-abortion liberal wants to have:

They’re like, of course we should be focused on prevention. It means you can have discussions where you’re not trying to debate when life begins, when a fetus becomes a baby. That’s all gone because we didn’t create the fetus in the first place. We ejaculated responsibly. It feels so achievable and solvable.”-Gabrielle Blair

Blair claims to support abortion herself but was happy to talk about the concept of encouraging the ol’ snip to The New York Times.

Blair says that incorporating the word “ejaculate” is the “least sexy way to talk about sex”. But to Hollywood and the pro-abortion crowd, abortion is the sexy topic. So sexy, the Democrats are using it as a key campaign point moving into 2024.

It makes more sense to take the bullets out of a gun, than try to put a bulletproof vest on somebody.”-Jackson Frazier

Shooting blanks. Prevention. What a novel idea! Achievable. Solvable. Of course, there will be the naysayers who will throw out the idea that vasectomies are akin to “forced sterilizations”. And to them, we say, what about “my body, my choice”?

In reality, some insurance companies actually cover the procedure. And, the procedure, in light of recent events, has become relatively affordable. Not to mention, the recovery is much easier than that of a pregnancy, a c-section, a tubal ligation, a hysterectomy or yes, an abortion. I know this because my husband and I, after my near-death pregnancy with our son, both decided that another pregnancy on my end was not worth the risk and ending a pregnancy, should it have happened again, was not an option. A vasectomy was the best-and easiest-of any of the alternatives.

But the left will paint this into “desperate measures” that men are taking in light of the overturning of Roe. They will continue to harp on abortion as a procedure that needs taxpayer funding…free and accessible to all. Keep notes on this leading up to elections.

The decision comes down to this-crushing the heartbeat of a human life or ensuring those little swimmers are ineffective in the process of beginning the little life that is just a “clump of cells” in the first place. To some, the decision comes easy. To the braindead left, this will be a talking point in the months to come. The slogan on the side of Dr. Guarin’s truck, to me, says it all:

One small snip for men, one giant leap for humankind(ness).”

It all just kicks the pro-abortion argument right in the balls, doesn’t it? It’s okay, liberals. Put a pack of frozen peas on your aching nut sacks and you’ll be all better. Snip, snip, away!