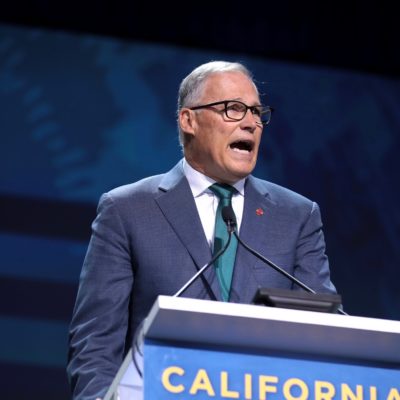 Previous post
Blue Invaders Are Coming For Your Hometown 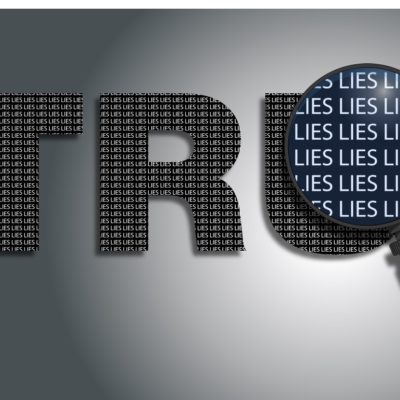 Shilling lies, a desperate MSM is working overtime to paint Trump supporters as a threat to democracy, while ignoring the very real terrorism from their preferred protest groups.

AKA “Tensions Rise” at NBC Because NOTHING is Happening

This poor NBC reporter! With a quivering and hushed voice he’s alerting the viewers that the cameraman is not using lights because he doesn’t want to attract the attention of barbarian hordes. A group of people so dangerous, that the mere flash of camera lights will set them off on a murderous rampage. Meanwhile, the  Barbarian hordes, chanting for accurate ballot counts in Phoenix, are ignoring him.

Here are the dastardly Trump supports doing what they do to upend the left.

I don’t know if this guy got started at Disney’s “Jungle Cruise” ride, but he’s a shoe in for the job of warning riders to be wary of the plastic hippo. It’s SO contrived and pathetic that I feel pity for his lamentable efforts to conflate frustrated voters with violent protesters. Maybe it was their kneeling that confused him with BLM types?

Meanwhile Actual Violence Across the Country

Portland is lighting up again (remember the Summer of Fun?), now the National Guard is being called in to stem the destruction. Looks like the Governor got tired of the Jackals destroying their liberal city. Local CBS affiliate sent out a single female reporter who downplayed actual violence, from the video transcript,

LIKE 200 PEOPLE DRESSED IN BLACK DOWN THERE AND THEY’RE PROTESTING AND CHANTING BLACK LIVES MATTER… I’M NOT SURE EXACTLY IF THAT SMOKE OVER THERE …WE THINK THERE’S A LITTLE SMALL FIRE GOING TO WHICH IS NOT UNUSUAL IN THIS AREA WE ALWAYS SEE A LOT OF FIRES BONFIRES TRASH FIRES, BUT NO POLICE PRESENCE HERE AT THIS TIME SO LOOKING PRETTY QUIET.”

Maybe she’s a seasoned combat correspondent after months of reporting from Portland’s “front lines”, but to say that fires are normal, 200 protesters without police presence is “pretty quiet”, and the National Guard mobilized in the city… ehh. It seems directly opposite from the terror filled parking lot being covered by the “scared for his safety” NBC reporter.

Hey, the “peaceful protesters” brought some toys to the party,

Denver was a hot spot tonight! Planned marches and protests in the city almost make us forget that recreational marijuana is legal in Colorado. Shouldn’t these people be more “chill” about life? Maybe hanging out in a parking lot “meditating” instead of chanting like some Middle East Mullah about “death to America!”?

I especially LOVE the ANTIFA tossing out the Nazi salute at the end of the video. It completes the picture of a very confused individual.

They're chanting "No USA at all" Denver, CO. pic.twitter.com/m9gY9nBake

Denver local Fox affiliate KDVR reports what you see in the above video as this,

The protest started in Cheesman Park and went to the Colorado Capitol. Police said they dispersed the crowd on East Colfax Avenue shortly before 9 p.m. Protesters were chanting messages against the police, President Donald Trump and former Vice President Joe Biden.”

Yeaaahhh…. looks like they forgot a little bit in their statement. You know, the part about the destruction to the country. But obviously, the Denver scoundrels are just out for an evening stroll. Says the unbiased media.

Denver and Portland Are Outliers, There is NO destruction in LA, NYC….

LA was probably happy, I mean the entire state is deep blue. What could protesters possibly have to complain about? According to Breitbart,

Protesters in downtown Los Angeles shouted obscenities at police officers. One report quotes protesters yelling “It doesn’t matter who the f*ck is in office, pigs are pigs.” They also yelled, “We f*ck your wife!”

Hmm. Guess living in the bluest of blue states isn’t enough. I wonder how the media reported on the abuse being inflicted on LEO’s?

…. Well, outside of Breitbart and a single linked back report… I found nada.

WABC in NYC was solidly shilling, even going so far as to differentiate between peaceful protesters and rioters. How they made the distinction, I have no idea.

The rally dispersed peacefully, but about an hour later, there were reports of unrest and clashing with police near Leroy Street and 7th Ave in Greenwich Village.

Doesn’t carrying weapons at a protest run contrary to the intent of “peaceful”? Especially when those weapons are historically used against LEO’s and targeted individuals? If you had listened to the NBC reporter on the video, you would know that the Trump supporter wearing the tactical vest had all but set up a deer stand was waiting to spot targets for the female carrying an “assault” rifle. Disregard the facts that Arizona is an open carry state, the rifle is a legal firearm, and I don’t think a single Trump supporter has fired on law enforcement. In fact, only one comes to mind, and he was protecting himself from “peaceful protesters” in Kenosha.

Is it not entirely possible that a person can be both protester and rioter?  Of course  not! Only Trump supporters are inherently a threat by their mere presence.

Word of the Day

“Converge” is the most used word to describe the gathering of Trump supporters. Almost as though there is a script. The Chicago Tribune contrasts the groups of “protesters” and  “supporters”, while never taking the focus off Trump. Maybe the Trump supporters could be described as “citizens concerned about voting disparities”? Nah, it’s easier to pull the “Orange Man” card at every opportunity. The Trib writes,

Dozens of angry supporters of President Donald Trump converged on vote-counting centers in Detroit and Phoenix as the returns went against him Wednesday in the two key states, while thousands of anti-Trump protesters demanding a complete tally of the ballots in the still-undecided election took to the streets in cities across the U.S.”

“Angry supporters…Converged” versus the softer language of, “anti-Trump protesters… took to the streets in cities across the U.S.” to burn them to the ground. Okay, that last part was all me. But it should have been the Chicago Tribune. My point isn’t to deny they acknowledged some violence, but it was absolutely couched,

In Portland, Oregon, which has been a scene of regular protests for months, Gov. Kate Brown called out the National Guard as demonstrators engaged in what authorities said was widespread violence downtown, including smashing windows. Protesters in Portland were demonstrating about a range of issues, including police brutality and the counting of the vote.”

“Demonstrators engaged…. what authorities said was widespread violence…” Um… That’s like saying Jeffery Dahmer had an “eating disorder” or “Hunter Biden is lackadaisical in picking up a computer.” Grossly under-representing the facts to support the scripted “reporting.”

The MSM distortions have been common knowledge on the “Right” side of politics. But the absolute disregard for anything resembling facts, or parity in language, to describe a group of Trump supporters standing outside a voting center should be disconcerting. But it’s not, because we’ve seen it happen for years. 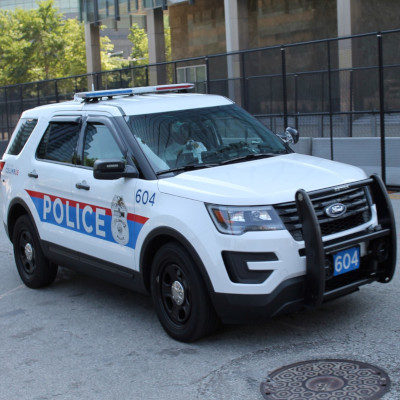