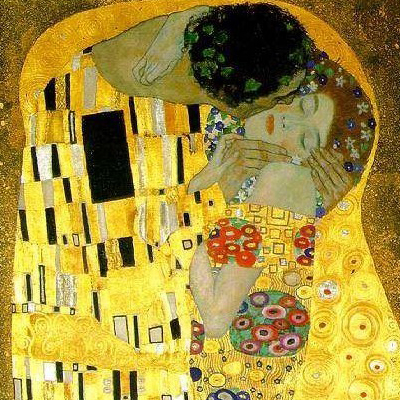 In the 1960’s, progressive feminists launched the sexual revolution, telling women that they could enjoy noncommittal sex like men. However, that was never the case, simply because men and women ARE different.

Now after the Dobbs decision, will young women finally wake up?

The Sexual Revolution and Its Big Lie

At 30, Louise Perry is a younger millennial who was burned by the promises of the sexual revolution. As a result, she wrote The Case Against the Sexual Revolution  describing lessons she learned through bitter experience. (Her book is available for pre-order at Amazon.)

Recently Perry submitted an essay to Bari Weiss’s Substack site “Common Sense,” where she described her former views on sex:

“I no longer believe any of this.”

Now to be fair, there’s a large gulf between Perry’s world view and mine. For instance, she writes that she’s “not a religious conservative,” while I am. She also is pro-abortion, while I find it immoral. Plus, I am (sigh) old enough to be her mother, so my experiences as a young woman are from a different time.

But she has awakened to some basic facts of life. Here’s Perry on sexual liberalism:

“It’s an ideology premised on the false belief that the physical and psychological differences between men and women are trivial, and that any restrictions placed on sexual behavior must therefore have been motivated by malice, stupidity or ignorance.”

Well, duh! Her mother would have told her that such notions are ridiculous. And speaking of mothers, Perry admits that hers was right all along.

” … we have to start by stating the obvious: Sex must be taken seriously. Men and women are different. Some desires are bad. Consent is not enough. Violence is not love. Loveless sex is not empowering. People are not products. Marriage is good.

“And, above all, listen to your mother.”

Finally, Perry puts the kibosh on the sexual revolution with these words:

“Monogamous marriage is by far the most stable and reliable foundation on which to build a family.”

Her mother probably told her that too, as did my own mother, who never went to college, but was far wiser than any progressive feminist.

A Self-Described “Slut” Responds to Perry

Louise Perry’s essay is strong medicine, especially for those who still believe the lies of the sexual revolution. An older woman — a 43-year-old mother — wrote an equally powerful essay in the Spectator after reading an advance copy of Perry’s book.

The title of Bridge Phetasy’s column is “I regret my promiscuity.”

Phetasy begins by saying that Perry’s dedication moved her to tears, because she addressed it to:

“I’m a case study for her thesis. A cautionary tale. I knew this book was going to be difficult.”

The sexual revolution told Phetasy that enjoying sex like a man would be empowering. Instead, it became a drug, even though she tried to cover her shame by telling herself that she didn’t care.

“The lie I told myself for decades was: I’m not in pain — I’m empowered.”

Phetasy finally hit bottom with a text message from an on-again, off-again lover:

“Goodnight baby I love you,” it said. Quickly followed by, “Wrong person.”

And now Bridget Phetasy is the mother of a baby daughter. Someday she will advise her:

“… sex can’t be liberated from intimacy and a meaningful relationship.”

How I Recall the Sexual Revolution

As an even older woman than Perry or Phetasy, I saw how progressive feminists ushered in the sexual revolution.

First, some context: I am a native midwesterner, from northwest Indiana outside of Chicago. I went to college in Illinois and graduate school in Kansas, so I didn’t experience the revolution on the trendy coasts.

During my college years, there was no talk about “hook-up culture.” Rather, girls who slept around were regarded as “sluts,” although there was always the discussion as to when was the right time to sleep with a boyfriend. Some did, and some didn’t.

Meanwhile, boys who could successfully score with women were regarded as “studs,” showing that the double standard that feminists despise was alive and well in flyover country.

We were first row observers of the disco era, and watched the newly released “Saturday Night Fever” at theaters. While all of the characters in that film were flawed, one particularly stood out: Annette, played by Donna Pescow, who so desperately adored Tony Manero (John Travolta) that she was willing to sleep with him to somehow gain his love (language warning).

But when Annette later had rough sex in the back seat of a car with two of Tony’s friends, while Tony was at the wheel, he turned to her and said:

“Is THIS what you wanted? You proud of yourself? Now you’re a c**t!”

Progressive feminists would’ve said that Annette was “empowering” herself, and that Tony was a misogynist. But we knew better. We knew she was a warning tale for those of us who were young and single, because we understood that men like Tony wouldn’t regard sex the way we did.

What the Sexual Revolution Hath Wrought

In the decades since progressive feminists convinced gullible young women that they could enjoy sex without attachment, that engaging in casual sex would liberate them, and that they needed men like “fish need a bicycle,” in the famous words of Gloria Steinem — what has happened to the culture?

Yet the culture now celebrates gay marriage in the aftermath of the Obergefell decision, making such unions legal throughout all 50 states. Because gay marriage is good. Marriage between men and women — bad. 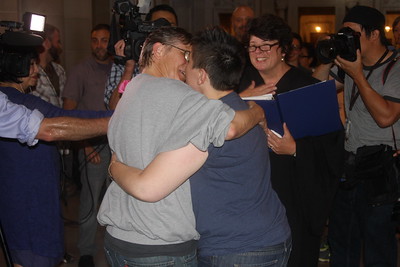 Meanwhile entertainment media cheers any sort of non-marital sex, while implying that those who maintain abstinence are weird relics of another age. Everyone else has sex without marriage — what’s wrong with you?

Fortunately, IsAnyoneUp.com no longer exists. Plus, Hunter Moore and his hacker colleague served prison time. But remember that this is the internet we’re talking about, and those pictures are still out there on the web.

Because as long as there are foolish women who believe that expressing their sexuality is empowering, there are terrible men who are eager to exploit them.

One of the coups that progressive feminists thought was their legacy was the ability of women to obtain abortion for any reason, at any stage of pregnancy. They thought the Roe v. Wade decision of 1973 had permanently sealed that deal.

But then came the 2022 decision Dobbs v. Jackson Women’s Health, overturning Roe and sending the abortion question back to the states. You would’ve thought the world had caved in for the young women who bought into the sexual revolution.

The more radical of these women vandalized crisis pregnancy centers.

Meanwhile protests erupted across the nation, like this one in Missouri.

Do you notice the men in that group? Why would they be there? After all, despite what transgender activists say, males cannot become pregnant.

For men, abortion has been their get-out-of-baby-jail-free card. Thanks to the availability of abortion, they don’t have to take responsibility for any children they may have fathered during casual sex or an unserious relationship.

I wonder how many of those men have thought to themselves abortion saved my ass!

And now that some “liberated” women have called for withholding sex because of Dobbs, I want to ask them, Honey, what took you so long?

Because as a way to avoid pregnancy, abstinence works every time it’s tried. It’s what your mother or grandmother would’ve told you. And they, of course, always knew best.