Next post
Transgenderism Trend May Be Killing Our Kids 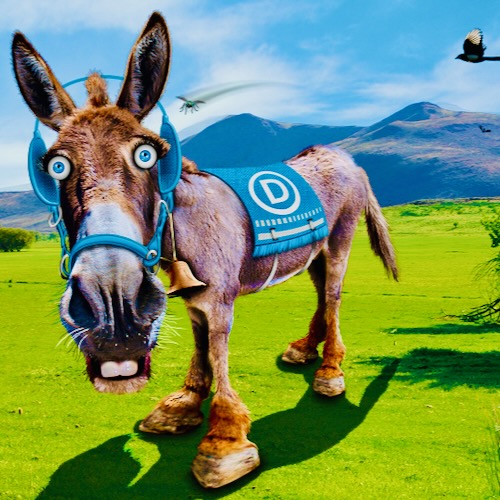 It seems the Senate Dems are SO DESPERATE to get all 50 votes for the Inflation Reduction Act that Schumer decided virus testing for Covid isn’t necessary.

Senate Democrats are embracing a “Don’t Test, Don’t Tell” policy this weekend as they try to ram a $764 billion spending bill through the 50-50 chamber — knowing that even one COVID-19 positive could blow up their plans.

Senate Majority Leader Chuck Schumer (D-NY) has set a Saturday test vote for the so-called Inflation Reduction Act, which needs all 50 Democrats on board so Vice President Kamala Harris can cast a tiebreaking vote in its favor.

“They’re not going to delay it if a member has gotten COVID,” a senior Senate aide told Puck News. “Counterparts are saying they’re not going to test anymore. It’s not an official mandate but we all know we’re not letting COVID get in the way. The deal is happening. Less testing, just wear masks and get it done.”

Well…isn’t that special! And incredibly hypocritical!! The Democrats have, since March 2020, been ORDERING everyone to get tested. Wear the masks! Distance yourselves 6 feet apart! And, once the vaccines rolled around, vaccinate or lose your job! Boost or lose your job!

Now, we have Joe Biden isolating after getting Covid, and then getting a Covid rebound.

President Joe Biden tested positive again on Friday, as his rebound case of covid drags on and he faces seventh day in isolation.

‘His cough has almost completely resolved,’ O’Connor noted in an update of the president’s condition.

And yet, here we are. The hypocritical Senate Dems decide Covid should be kicked to the curb in order to get the votes they want for a bill that will kill the American economy.

What’s in the bill? Spending and more spending. LOTS of spending with zero ROI to show for it.

Democrats are including a tax on stock buybacks to make up for the revenue lost in their climate change package to win over Sen. Kyrsten Sinema (D-Ariz.), whose vote is a necessity to advance a centerpiece of President Biden’s economic agenda.

Senate Majority Leader Charles Schumer (D-N.Y.) said Friday that the buyback tax will raise $74 billion, more than making up for the loss of a $14 billion tax on carried interest and a $55 billion tax on depreciation costs that were mandated by Sinema.

As for the depreciation tax, this shows Senate Dems REALLY don’t understand the real world. When things get old, the value of that item decreases. Prime example. I distinctly remember many a time when those tax jerks would come to the ranch and wonder why we were depreciating our cows and ranch equipment such as the swather and hay bailer. Well, DUH! Cows get old and eventually they won’t be able to have any more calves. Equipment gets old and ends up needing more repairs, and eventually quits working altogether. Depreciation is a real concept for a reason.

As for drought relief for the Western US, that money will go into a black hole and still leave areas such as Lake Mead high and dry.

Meanwhile, the jobs report isn’t as good as the Biden Administration with an assist from Hillary make it out to be.

Gas is up $2.00 per gallon under Biden.
Inflation is at a 40 year high.
The economy is in shambles.
The border is wide open
– and the Democrats are going to pass a bill that'll destroy the economy further – and add 84,000 IRS agents.

In short, the inflation we are experiencing now will be NOTHING like what we’ll see should this crap bill become law.

The economic experts point to the $433 billion in proposed government spending, which they argue “would create immediate inflationary pressures by boosting demand, while the supply-side tax hikes would constrain supply by discouraging investment and draining the private sector of much-needed resources.”

They also write that of “particular concern” is the corporate minimum tax that they say will undercut efforts to restore functioning supply chains.

In addition, the bill’s prescription drug provisions “would impose price controls that threaten healthcare innovation, creating a human health toll that would add to the financial woes that Americans are already experiencing.”

Oh to hell with all that says Biden and the Senate Dems! The Inflation Reduction Act MUST be passed because reasons!

BIDEN: "We're on the cusp of passing the most important step we can pass to take Cong, help Congress, help us lower inflation, the 'Inflation Reduction Act.'"

Experts agree the BIDENFLATION SCAM will have NO IMPACT on inflation. pic.twitter.com/fIFvXZiRDp

The Democrats NEED a win after Biden has been hiding in the White House since he got Covid after two vaccines, two boosters, and Paxlovid shot.

Why do they supposedly have the votes? They are gaming the system. You see, unlike the House, the Senate has never allowed for proxy voting. Therefore, in order to get the “win” Schumer wants, testing for Covid has been waived in order to get the outcome they desire.

I tell you what, this puts a whole new spin on ‘the fix is in!’