Next post
Senate Dems Waive Virus Testing To Get Votes 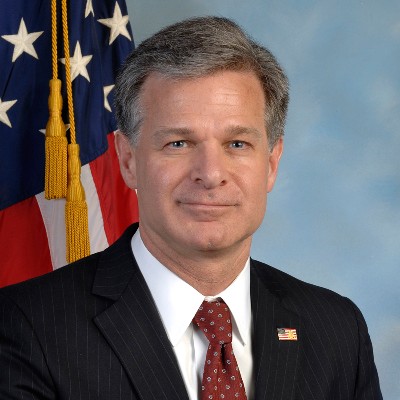 The FBI is hopelessly corrupt and biased, and apparently Director Christopher Wray’s response is to just throw up his hands and say, “oh well, I dunno what we can do at this point.”

Senator Chuck Grassley announced last week that he had whistleblower evidence that the FBI was covering up for Hunter Biden’s sins. As a result, the Senate Judiciary Committee had FBI Director Wray in the hot seat to answer some of their questions regarding this situation.

Grassley, in a letter to Wray and Attorney General Merrick Garland last week, detailed the allegations and indicated that the whistleblowers said there was “a scheme in place among certain FBI officials to undermine derogatory information connected to Hunter Biden by falsely suggesting it was disinformation.”

The whistleblowers also alleged a “pattern of active public partisanship” at the agencies pertaining to investigations into the Trump campaign and suppression of information on the Hunter Biden probe.”

“When I read the letter that describes the kinds of things that you’re talking about, I found it deeply troubling,” Wray testified Thursday.”

The whistleblowers alleged a “pattern of active public partisanship” by Assistant Special Agent in Charge Timothy Thibault and others.”

The rot apparently goes deep, and even when whistleblowers come forward, all the Director can do is say it’s “deeply troubling.” EXCUSE ME, WHAT IS IT YOU WOULD SAY YOU DO HERE? Call me crazy, but aren’t YOU the freaking DIRECTOR OF THE FBI? What are YOU going to do about it?

The answer: get the hell out of Dodge and catch a plane.

Yeah, if I had to try and defend a couple of agents who clearly were busy covering Hunter Biden’s ass, I would want to leave on a jet plane and not know when I’d be back again.

Kennedy on Thursday cited some of Thibault’s social media messages and asked the FBI director, “Do you know how this looks to the American people?”

“I will tell you that what you’re describing is not representative of the FBI … where I see patriots working their tails off with tremendous integrity and objectivity,” Wray said.”

Kennedy asked Wray to confirm whether or not Thibault was involved in the ongoing investigation of Hunter Biden for possible tax fraud, unregistered foreign lobbying and money laundering — but Wray wouldn’t directly answer.”

“Did he or does he work on the FBI investigation of Mr. Hunter Biden?” Kennedy asked.”

“The investigation that you’re referring to is going to — and I need to be a little bit careful because we’re talking about an ongoing investigation — is being run out of our Baltimore field office, working with the Delaware US attorney who’s a holdover from the prior administration,” Wray tried to deflect.”

Kennedy followed up, “So I’m confused, Chris, with your answer. Did he work, or does he work on the Hunter Biden investigation?”

Wray again avoided a direct answer, saying, “As I said, that the Hunter Biden investigation is being run out of the Baltimore field office.”

Wray did apparently remove Thibault from a “supervisory role” and promised that the whistleblowers would receive the appropriate protections. Oh, so justice, much wow. That’s it??? As we get more and more laptop revelations, because apparently Hunter Biden has never done anything in his life without either filming himself as his own private documentarian, or whining about it over email, the stench from the FBI and the Justice Department becomes even harder to ignore. Merrick Garland (thank GOD he isn’t on the Supreme Court) is refusing to appoint a special prosecutor, even though it is obvious that it is more than necessary at this point.

…According to the media, time may be running out for Hunter with a federal investigation entering a “critical stage.” Yet, timing still could be on Hunter’s side. Hunter has always had impeccable timing and, like Blanche DuBois, “always depended on the kindness of strangers.”

Hunter, for his part, is quietly trying to clean up some of his dirty laundry.

Hunter Biden recently cut the IRS a check for about $2 million in an acknowledgment that he failed to pay taxes on a windfall of foreign income. The funds reportedly were provided by Hollywood lawyer Kevin Morris, but it’s unclear what strings are attached and the repayment doesn’t prevent prosecution.”

Anyone else think that a Trump would get to just send the IRS a check to cover back taxes and not have it make the front page of the New York Times? As far as the DOJ and FBI are concered, Lady Justice is not just blind, she’s also weighing Hunter’s crack cocaine in her scales. And Director Wray is either too spineless or too corrupt, or both, to do anything about it.