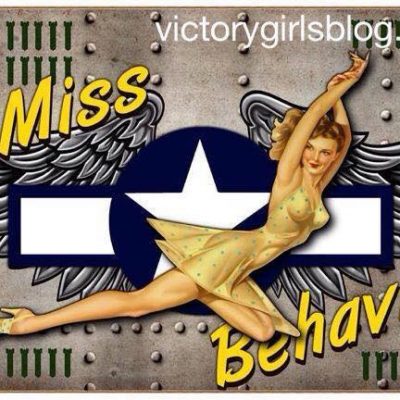 Next post
Three Reasons You Should Write For Victory Girls 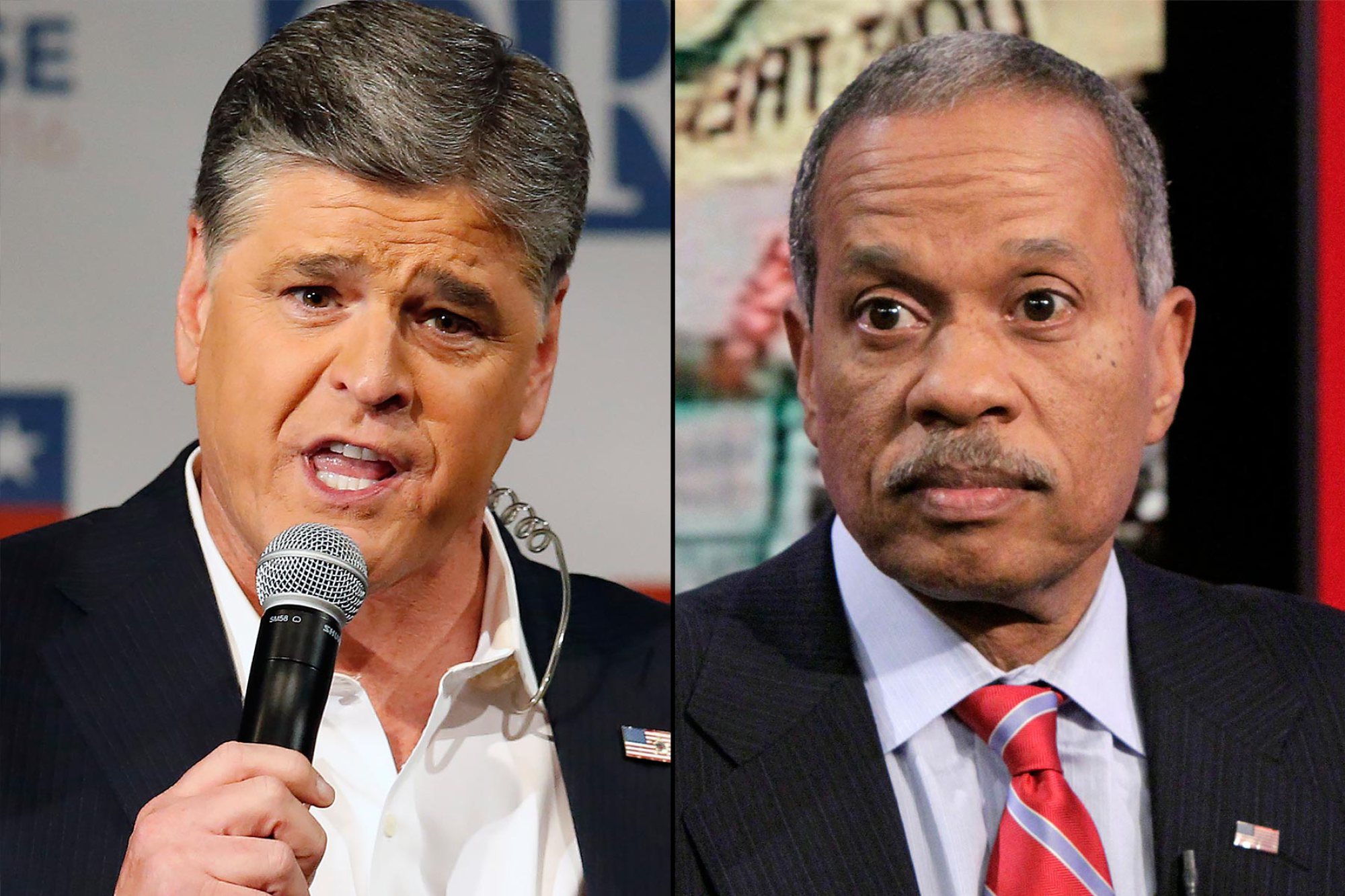 by Nina Bookout in Headlines 18 Comments

Are You Kidding Me?? That was my first thought upon seeing this headline.

Sources: Sean Hannity once pulled a gun on Juan Williams

Wait what? Ok, so we all know by now that Sean Hannity has jumped the shark in a variety of ways. Seriously he has. Don’t even try to excuse his last four years of behavior. 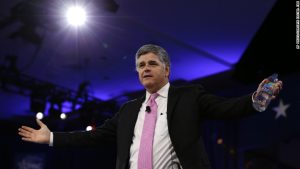 His work with the late Alan Colmes notwithstanding… Hannity has basically dived into some sort of ditch I never want to visit. 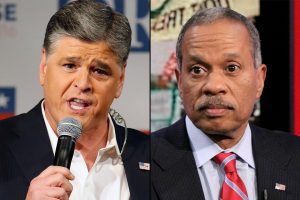 The latest example is this:

Last year, after ending one of his many spirited on-air arguments with liberal contributor Juan Williams, Hannity pulled out a gun and pointed it directly at Williams, according to three sources with knowledge of the incident. He even turned on the laser sight, causing a red dot to bob around on Williams’ body. (Hannity was just showing off, the sources said, but the unforeseen off-camera antic clearly disturbed Williams and others on set.)

Let’s stop right there folks and think about this.

A. ALL responsible gun owners are trained and taught that, under NO circumstances EVER do you point a gun at someone unless you mean to defend yourself!

B. Hannity went as far as to turn on the laser sight and point it at Williams. Therefore Hannity BECAME the threat.

C. What Hannity did gives fuel and fodder to all the anti-gun groups out there because… He’s a Jackass BIGLY.

Here are both Fox News and Hannity’s statements:

“Sean Hannity has been trained in firearm safety since he was 11 years old and has a license to carry a gun in five states, including New York,” Fox News said in a statement to CNNMoney. “The situation was thoroughly investigated and it was found that no one was put in any danger.” (The spokesperson said the incident took place in October 2016.)

“While discussing the issue of firearms, I showed my good friend Juan Williams my unloaded firearm in a professional and safe manner for educational purposes only,” Hannity’s statement read. “Every precautionary procedure that I have been trained in since the age of 11 was followed. I’ve had a conceal carry permit in five states for all of my adult life. Any other interpretation of this is outright false reporting.”

‘professional and safe manner.’ Are. You. Kidding. Me??!! I was taught from an early age that you NEVER EVER point a gun at someone unless you are intent on doing them harm. In fact, you never EVER point a gun (loaded or unloaded) at someone period unless you have to defend yourself. Hannity threw that MAJOR tenant of gun safety out the window.

I had no idea @FoxNews had such a fun work environment https://t.co/wtYq0R1d31

Uh huh… “Fun” is what I’d call it. NOT. Let’s put it this way. If I was working in same office as Sean Hannity, I’d either push for his dismissal or I’d leave. Someone who’s willing to arbitrarily wave a gun to make a point is someone I don’t want around me. He’s someone I don’t want backing me up if a situation goes bad. In fact, I wouldn’t even want to be at the same range as he is should he deign to show up and attempt to figure out how to actually use his weapon.

Excuse me. I NEVER DID https://t.co/MBTvHQsrEX

Really? Juan Williams basically admits that you did. And guess what Buster?? That right there flies directly in the face of everything that is gun safety.  So don’t you tell me that you could “safely” wave a gun around in some one’s face and everything will be A-OK. It’s not and we have too many stories that tell us otherwise. Oh and Sean? You should’ve paid attention in those gun safety classes.

More importantly, I. Don’t. Care. if the gun was unloaded. First rule of weapon and gun safety is that you NEVER EVER point a loaded or unloaded gun at someone unless you mean business. Any and all RESPONSIBLE 2A gun owners know that. Sean Hannity, you should’ve known that as well. You make a Big Mistake. YUUUGE.