Next post
CDC Director Has A Meltdown, Biden Calls For Masks 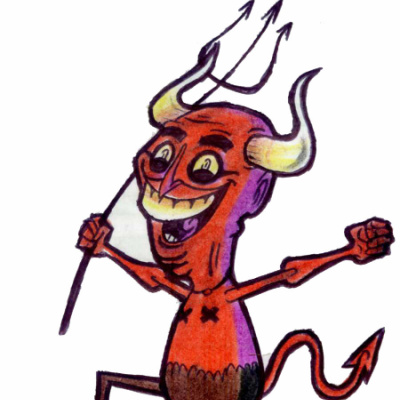 In conjunction with the release of a new song and video, Lil Nas X is promoting sneakers with a drop of human blood in them. The ensuing Satanic Panic has caused Nike to issue a statement that the company did not collaborate on the shoes. Oof. It’s hard to pick the worst villain in this Cirque du Beezlebub, but Nike has a long history of collaborating with the Chinese Communist Party, so the company is in the lead.

If you don’t know the background of this story, Lil Nas X is best known for the epically fun (don’t judge me) country/rap song “Old Town Road” with Billy Ray Cyrus. The song had 8.9 million plays in 2019. Whatever you do after that is going to be a let down unless you find a way to flip the script and offend everyone who ever listened to your first big one. Think Miley Cyrus going from Hannah Montana to Wrecking Ball.

Little Nas X decided to go full Satanic Panic. Satanic Panics are older in America than the United States. Think of the 1692 Salem Witch Trials. Procter & Gamble changed its moon & stars logo after 140 years because, every few decades, the rumor would start that the company was involved in Satan worshiping. Aging provocateur, Madonna, has dabbled with Satanic memes all throughout her career. Let us not forget the McMartin Preschool Trials or Tipper Gore and her warning labels. We’ve read this book before and it’s a bore, just like Gore.

So, Lil Nas X needs something spectacularly controversial in order to get the clicks. A stripper pole to Hell and a lap dance for Satan will do it for starters. The song is called “Montero, Call me by your name”. Here is the video. I don’t recommend it at all:

Of note, it looks like all of the characters are played by Lil Nas X, and a psychologist could probably have all kinds of fun with that.

To ensure that the money and clicks flow in, Lil Nas X teamed with MSCHF to develop Satan sneakers with a drop of human blood. GQ, formerly the Bible of the well-dressed man, wrote:

To go along with the visuals, Lil Nas X worked with MSCHF, an art collective with a history of producing born-to-go-viral shoes, to make a pair of Satanic sneaks. The sneakers are a warped version of the Nike Air Max 97, with a gold pentagram hooked to the laces and red ink injected into the shoe’s air bubble—along with, notably, a single drop of (alleged) human blood. (Nike quickly explained that it was not involved with this shoe in any capacity.) Lil Nas X and MSCHF are releasing 666 pairs at a price of $1,018 a pair. The cost is a reference to the Bible passage Luke 10:18: “I saw Satan fall like lightning from heaven.” A MSCHF spokesperson told CNN the blood comes directly from the group’s members.

If the $1018 price is also a reference, that means this is a closure of events in Numerology.

Nike felt the need to let us know that the company was not involved in the creation of the Satan Sneakers:

In a statement to NBC News, Nike denies having anything to do with the release of Lil Nas X’s “Satan Shoes”. https://t.co/nS95IvGpb8 pic.twitter.com/umRvv71m5E

Why does anyone buy anything, product or excuses, from Nike? Remember when Nike dumped the Betsy Ross sneakers because Colin Kaepernick pouted? Those sneakers and all Nike products are made in China by Uighurs for pennies a pair. Nike and the NBA are both in bed with the Chinese Communist Party. Talk about Satanic.

We, as a country, have no institutional memory. That is why we have to repeat the Satanic Panic every few years. If you know of a young person who might be impressed by any of this “ish”, roll your eyes, look bored and say, “Are we doing that again?” Nothing makes a thing more uncool than an adult telling you something is not new. If you act outraged you feed their need to rebel.

As for Nike and Lil Nas X, just say no.