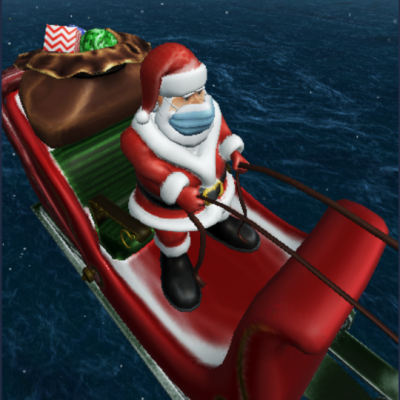 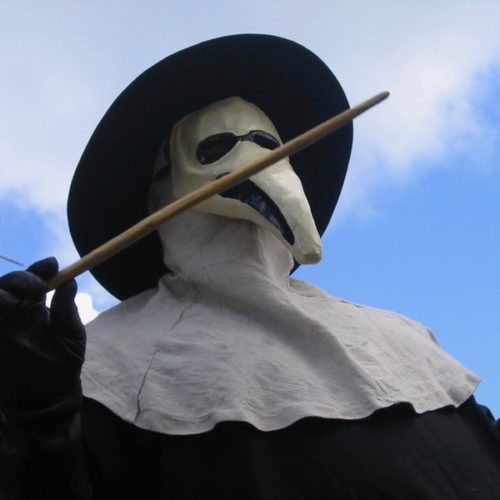 by Lisa Carr in holidays 2 Comments

This cheerful little ditty comes to us courtesy of Matthew Rozsa, who takes a “deep dive” to draw parallels of the current COVID-19 pandemic to that of the Black Death in the Middle Ages. Speaking the joy faster than you can say “Omicron”.

In the absence of knowledge, some ugly alternative theories emerged. Because Jews had been a popular scapegoat in Europe for centuries, a wave of pogroms against Jewish communities broke out during this time as they were blamed for the plague. Attacks on Jewish communities were commonplace prior to the Black Death, but now occurred with renewed vigor and effectiveness because the attackers had more motive. Jews were accused of poisoning wells and of other conspiratorial actions, all somehow connected back to alleged vendettas against Christianity, desires to earn money, ominous religious practices or some combination of the three. Victims were tortured into confession and exterminated in large numbers.”-Matthew Rozsa, Salon

There were the “ignorant” people who blamed other peoples from other cultures for the plague. Does this sound familiar? Rosza, apparently thinks so. He “dives deep” to draw a parallel of the persecution of Jews during the Bubonic Plague and Asian hate during the era of COVID. He dives even deeper to say that the Trump administration and the individuals who support the Trump administation, are largely responsible for this Asian hate.

While nowhere near as pervasive as anti-Semitic sentiment during the Black Death, there have been thousands of anti-Asian hate incidents in the United States since COVID-19 reached our shores.”-Matthew Rozsa, Salon

Again, I am not a conspiracy theorist but I would say that in these times, it is healthy to have a certain amount of skepticism. This skepticism of the Chinese Communist party was called out by Trump long before COVID came to our shores.

Rosza expands upon the Asian scapegoating.

Scapegoating during the plague era wasn’t confined to Jews. Setting aside lepers and other unfortunate individuals from marginalized groups that were also sometimes blamed for the plague, medieval people had a wide range of theories about who was behind the Black Plague.”-Matthew Rozsa, Salon

What Salon doesn’t take into account is those who choose not to take the mRNA injections ARE those lepers in our society today. They come from all walks of life and have become the dredges of our society. They are theeee ones who are “making the pandemic worse” for everyone else. They are the ones who are going to “get us killed” because that is what the mainstream media tells anyone willing to listen to the miasma of misinformation they spew out. These, non-vaccinated “lepers” are the ones who should die, according to our White House. (It no longer matters that some of these “unvaccinated lepers” are children or grandchildren, whose parents are a bit skeptical of the injection. And, now, all of a sudden, normally kind-hearted little old ladies who wouldn’t hurt a fly are reciting the script of “if you’re unvaccinated, you should not get a hospital bed.” I heard this the other day and immediately thought of a dear friend whose husband was in the hospital with COVID for two weeks. He was not vaccinated. The doctors were talking a ventilator and a 50-50 chance of survival. Miraculously, he’s recovered. But my friend was imagining the unimaginable for the better part of two weeks…a life without her husband and her children without their dad. But our leaders of this nation and our news media outlets are planting the dangerous seeds here to even imply that because this, good-hearted, loving husband and father and productive member of society was not vaccinated that “he didn’t deserve the hospital bed”?

The generalizations of the left go something like this: If you’re anti-vaccine, you are selfish and anti-science. (Is it selfish of a parent not to want to chance a vaccine on their teenage son who may have heart complications due to what’s in said vaccine?) If you believe COVID originated in a Chinese lab in WuHan, you’re anti-Asian. If you do not believe what those with the biggest platforms in the nation tell you, word-for-word, you are a “truther” and believe in conspiracy theories. If you believe in natural immunity or herd immunity, you are a fool (even though immunized individuals who have locked down religiously have also had COVID-19 after vaccination). If you don’t wear your mask, you are a super-spreader leper and you, too, need to die. Getting together with friends and family during the holidays is selfish and irresponsible. You all, too, need to flogged. And then, you need to die.

This is where we are at, folks. This is more than an attack of a pandemic. This is an attack on any given person’s spirit. And one by one, it will take us out if we let it.

These attitudes will kill us long before the Omicron and whatever other variants come next because, yes, we know the plague is never-ending. Rozsa tries to bring light into all of this doom and gloom with the observation that we are so much better off because of science, mRNA injections (with questionable success rates), flu shots, cancer research and our medical community and technology as a whole. But, really, are we? When a civilization is so compliant and trusting of “science”-even when the “science” comes up with alternate outcomes that it tries to push aside? When our government in a “holiday message” to Americans, all but wishes suffering and death on innocent children and grandma, are we truly in a better place? The “Winter of Death” is upon us, they say.

Reflecting back on how far humans have come, we can at least be grateful to live at a time when science has brought us so many miracles of medicine — even if it hasn’t yet cured the miasma of misinformation.”-Matthew Rosza, Salon

Have we really come that far? The miasma of misinformation and group think is what is tearing us apart as a nation and as a human race in general. Years later, let the floggings and lockdowns continue. As for me and my household, we wish you and yours a year of happiness and health, regardless of your choice to jab or not to jab. May your days be merry and bright. Merry Christmas and no, Salon, I will not be signing the Anthony Fauci Holiday Card!