Last night’s debate was, to quote Juan Williams, a massacre. Obama shirked his debate prep over and over again, whining about how it was “a drag”, and sight-seeing at the Hoover Dam instead, and it showed. Romney looked prepared, confident, knowledgeable, and in charge. Obama, meanwhile, stuttered and fumbled his way through the debate while Romney dominated, delivering zinger after zinger. Hot Air has a round-up of the liberal reaction, and it ain’t pretty: 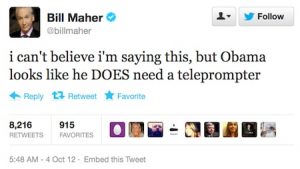 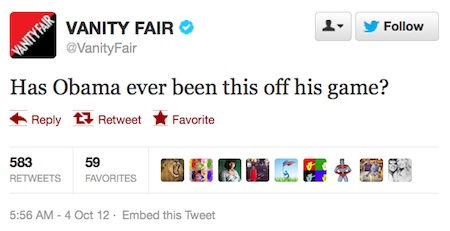 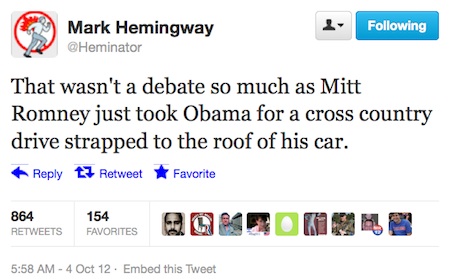 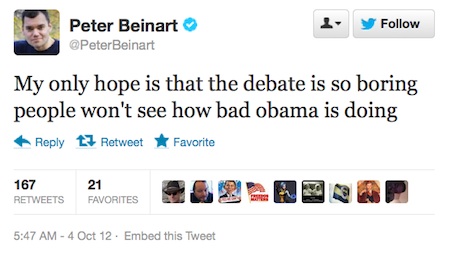 Andrew Sullivan was crying into his Cheerios after admitting Obama was so roundly spanked. Even Mr. Tingles was upset.

A CNN poll showed that a whopping 67% of viewers thought Romney was the winner… the highest number ever in the history of the poll.

Meanwhile, Team Obama is desperately trying to make it look like the debate was successful for them. Jim Messina, Obama’s campaign manager, claimed Obama was still the winner. Many libs are complaining that Jim Lehrer, the moderator, unfairly gave an advantage to Romney by letting him talk more — untrue, as Obama received 12% more airtime for his talking points than Romney did. The problem was that Obama clearly had no idea what he was talking about, and Romney came across as the intelligent, knowledgeable executive that he is. And now, the swing voters are flocking to Romney. The pollster who assembled the focus group of swing voters, Frank Lutz, announced he’d never seen such a dramatic swing, as they had previously leaned towards Obama.

All in all, massacre was exactly the right word. And while it’s still too early to celebrate, this truly could end up being the game-changer for the Romney campaign.