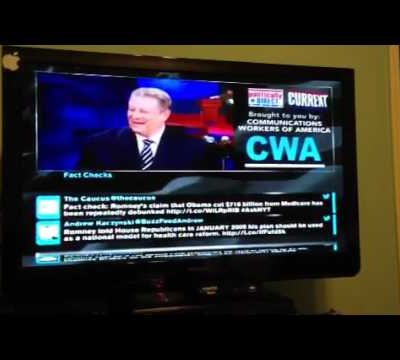 Next post
Al Gore Blames the Obama Massacre on the Altitude

Samantha Pawlucy is a 16-year-old sophomore at Charles Carroll High School in Philadelphia. Last Friday during the school’s dress down day, she wore a very cute pink Mitt Romney/Paul Ryan T-shirt. When Samantha got to Geometry class, her teacher who is clearly a left-leaning bully, publicly embarrassed her in front of classmates by mocking Samantha’s clothing choice.

“The teacher told me to get out of the classroom, I said no,” Samantha said.

“She told me to take off my shirt and said that she has another one if I need one. And then the teacher asked me… ‘are your parents Republican?’ I said, ‘I don’t know.’ She said that’s like her wearing a KKK shirt.”

Seriously? But of course there’s more…

In addition to telling Samanthat that Carroll High School is a “Democratic school,” the teacher said that wearing the pro-Romney shirt is similar to the teacher, an African American, wearing a KKK shirt.

With Democrats, it always boils down to racism doesn’t it?

Samantha was so upset by the teacher’s comments, she left the classroom and hid in the bathroom until the end of the class. She decided to tell school officials — something the she was initially afraid to do. She says that she’s received some negative feedback from peers and those opposed to her decision.

“I have some friends that won’t talk to me anymore because of it,” she continued. “Because I told the principal what happened…they’re mad at me.”

The decision to wear the Romney shirt was Samantha’s own. She says that she researched the candidates’ stances and chose Romney in 2012. Smart girl!

Samantha and her family requested a meeting with the principal and the teacher. The teacher apologized to Samantha and her parents saying that the statement was meant as “a joke”. The teacher has been moved to another class and the District is reportedly investigating. But I’m sure the teacher’s union is at work here. The teacher is allowed to bully a student expressing a political opinion, but the dumbass teacher hides behind the cloak of “privacy” without her name in any news reports about the issue. This is just another case of when crazed Obamabot teachers attack our kids.

Want to support Samantha and her right to not be bullied by her teacher? Contact the school and be nice. We are not the screaming left. 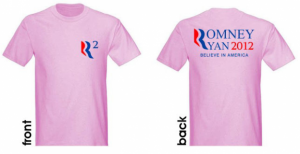