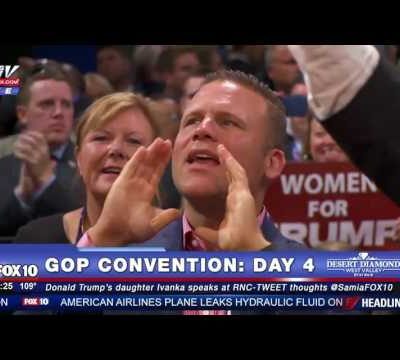 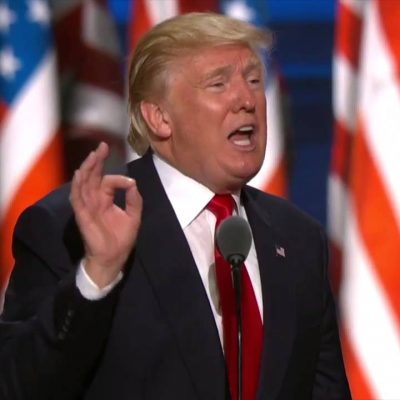 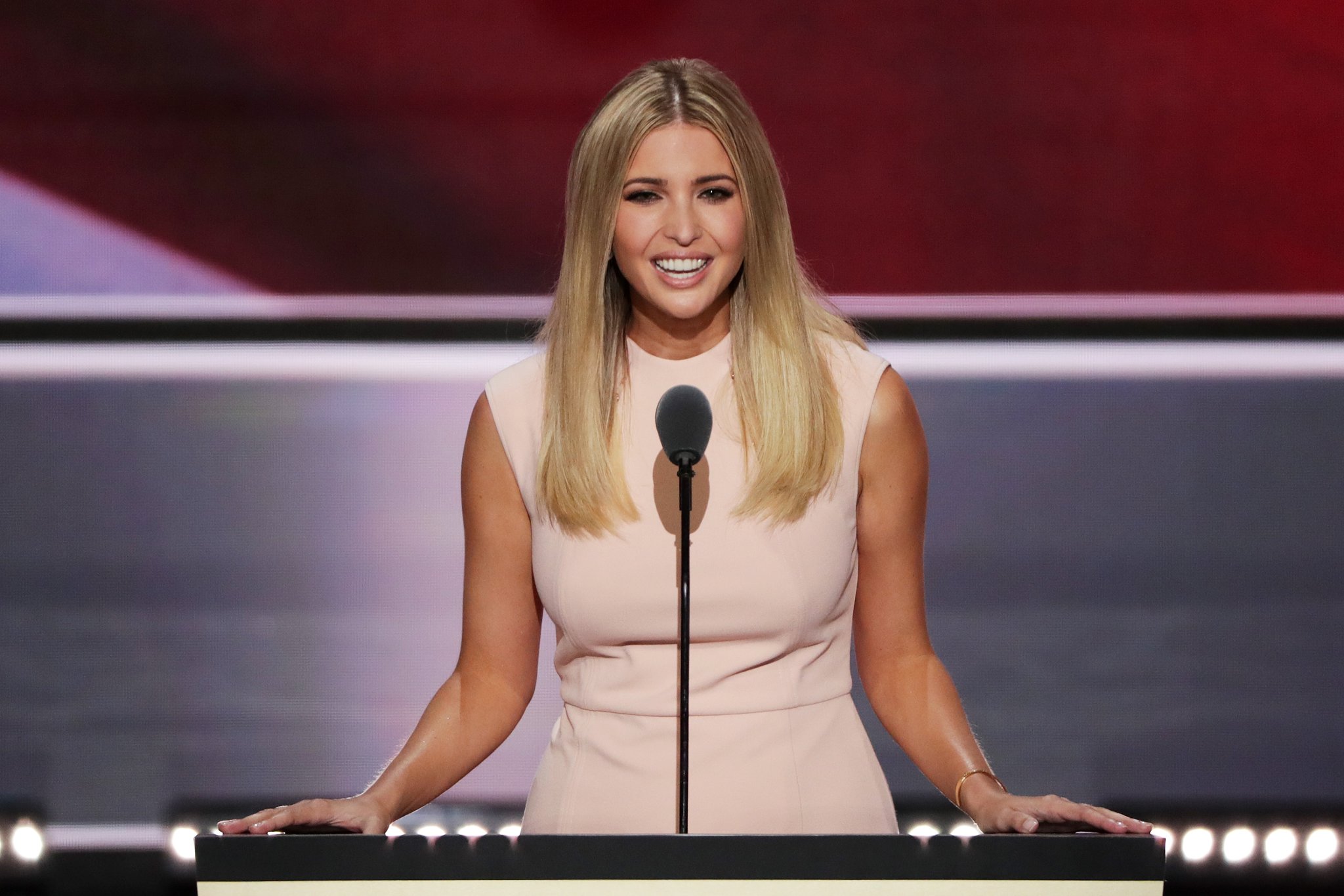 Wearing a $138 dress from her own fashion label, Ivanka Trump walked onto the stage in Cleveland to introduce her father.

She told the delegates in Cleveland and Americans watching at home that her father is a fighter.

Ivanka presented an interesting contrast in demeanor and tone to her father. Ivanka has stayed on message and been prepared with details throughout the entire campaign while her father wings it for the bleachers on a consistent basis. In fact her calm and ability to stay above the controversies of his campaign has impressed many including donors, skeptical delegates, members of Congress and more. 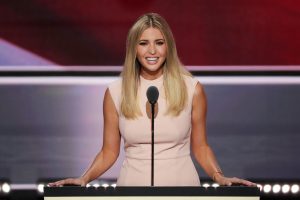 The personal story she told last night about playing Legos in his office as a child while he did the same with his hotels and skyscrapers was definitely heartfelt.

In a biographical video earlier in the evening, she reminisced: “When I was young he’d send me postcards of buildings and say, ‘I can’t wait for you to grow up and help me build these.’ Now it’s fun to stand shoulder to shoulder with my father.”

Throughout this last year, Trump’s poll numbers among women has been historically low. It certainly didn’t help when he engaged in Twitter spats with high-profile women across multiple industries, most notably Megyn Kelley. At the same time, Ivanka has stayed consistently on message regarding the fact that her father is “color blind and gender neutral,” and has been a very strong promoter of women in the workplace long before it was popular.

Women represent 46 percent of the total U.S. labor force, and 40 percent of American households have female primary breadwinners. In 2014, women made 83 cents for every dollar made by a man. Single women without children earn 94 cents for each dollar earned by a man, whereas married mothers made only 77 cents. As researchers have noted, gender is no longer the factor creating the greatest wage discrepancy in this country, motherhood is.
As President, my father will change the labor laws that were put into place at a time when women were not a significant portion of the workforce. And he will focus on making quality childcare affordable and accessible for all.

With those two paragraphs and her follow on regarding regarding equal pay for equal work, and implementing policies that will help women with children thrive, social media and the media itself went nuts.

Many are saying that she spoke like a Democrat with those talking points. Here’s another way to look at it.

A. She specifically highlighted that throughout the Trump Organization the women employees don’t earn less than men, so the tired lines from the Dem’s talking points don’t hold up.

B. Instead of conceding that ‘women earn less than men, ‘equal pay’ mantra, fighting for mothers to the Democrats exclusively, Ivanka showed that those issues don’t and shouldn’t belong to just one party but are issues that all Americans face.

Its definitely something to consider since, for far too long, the Democrats and especially Hillary herself, has set themselves up as the arbitrar of ‘we’re better feminists and fighters for women’ than the Republicans are. It could be that Ivanka herself may be the ace in the hole for Republicans, Americans, and her father regarding those issues.

The tumultuous and contentious Republican National Convention in Cleveland was capped off by two very good and in many ways surprising speeches from Ivanka, found here, and Donald Trump.

Ivanka’s personal stories and her pitch to women voters in a very real sense stole the show last night. She showed, on a world wide stage, that she is a definitive asset to the Trump presidential campaign and may very well be the key to Donald’s success in November.