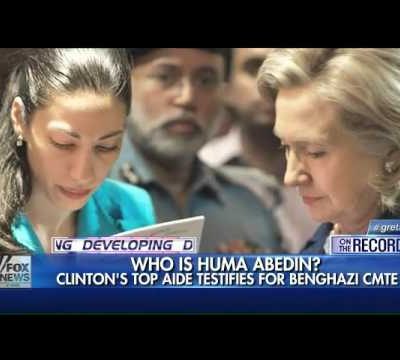 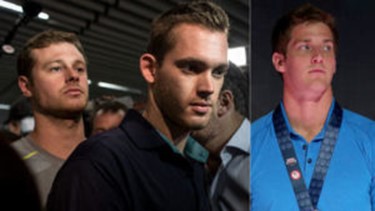 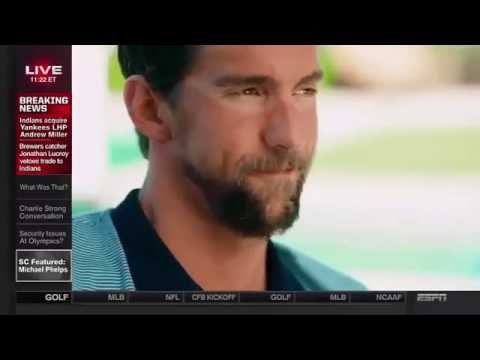 The Summer Olympics have come to an end for another four years. Rio formally closed up shop with a big ceremony last night, where the Olympic flag was handed off to Tokyo Governor Yuriko Koike, where the 2020 Summer Olympics will be held.


The 2016 Summer Olympics have been marked with some big highs, and some real lows. In no particular order, here are my Top 5 highlights from Rio.

1) Simone Biles owning women’s gymnastics
Team USA was an unbeatable powerhouse this year in gymnastics. But none was more unbeatable than Simone Biles. She was electric, she was magnificent, and her gold medal for women’s individual all-around was well-deserved. She also won gold in vault and floor exercise.

A 4th #gold for @Simone_Biles! Is anyone having a better week?! See her stun on the floor. https://t.co/GC8JvF1EcN https://t.co/a8VJpTVVLu

Her personal story is an amazing one, and young girls have an excellent role model in this Olympic champion.

2) Simone Manuel’s surprise gold medal win
She wasn’t even on the announcer’s radar. But Simone Manuel blew away her competition and stunned everyone when she won gold in the women’s 100m freestyle.

.@simone_manuel made history this week – and continues to inspire us with her positive attitude! #MindfulMondays pic.twitter.com/AYxzWHq17l

She technically ended up tying for first (so two gold medals and one bronze were awarded), but if you aren’t moved to tears during her medals ceremony, check your pulse.

3) Michael Phelps makes his comeback
For those who followed Phelps’ career, it seemed that after London, his life spiraled out of control. His return has been a story of redemption.

Phelps went to rehab after a second arrest for DUI in 2014, and that’s when things began to change.

That’s when a friend came to his rescue: former All Pro linebacker Ray Lewis, whom Phelps considers a kind of “older brother.” Seeing the hopelessness and despair in his young friend, Lewis, an outspoken Christian, told him, “This is when we fight … This is when real character shows up. Don’t shut down. If you shut down we all lose.”

Lewis convinced Phelps to enter rehab and gave him a book to read while he was there: “The Purpose-Driven Life” by my friend Rick Warren.

The book changed Phelps’ life. Within a few days, Phelps called Lewis and told him “‘Man this book is crazy … The thing that’s going on … oh my gosh … my brain, I can’t thank you . . . enough, man. You saved my life.’”

As Phelps told ESPN, Rick Warren’s book “turned me into believing there is a power greater than myself and there is a purpose for me on this planet.”

Phelps is now a father, and a mentor to new Olympic champions.

michael phelps taught me how to stack my medals

https://twitter.com/MichaelPhelps/status/767501734251900928
4) 2LT Sam Kendricks drops everything
This Army second lieutenant was competing in the pole vault when the National Anthem came on.
https://twitter.com/NBCOlympics/status/767379558840406017?ref_src=twsrc%5Etfw
He then went on to take the bronze medal.

5) Lilly King scolds Russian swimmer Yulia Efimova
The Russian team nearly got themselves thrown out of these games altogether for a massive doping scandal. Swimmer Yulia Efimova, who served a suspension for taking performance-enhancing drugs, was allowed to participate in the Games after appealing her ban. This did not sit well with many people, including swimmer Lilly King. And then King backed up her scold with a win in the 100m breaststroke.

King got out ahead on the first lap and timed her turn perfectly, but Efimova, known for both her endurance and her closing speed, gained on her in the second. King just barely maintained her lead and was a stroke ahead at the finish, touching out Efimova by about half a second. “Lilly King!” NBC’s announcer cried. “Hello-o-o-o, Russia!” In her post-race interview, King said, “We can compete clean and do well at the Games, and that’s how it should be.”

Of course, there were some definite lowlights to these Summer Olympics, too. Here are my 5 worst moments from Rio.

1) Ryan Lochte, you are an a**hole
This one is pretty self-explanatory. Lochte and some of his swimming teammates trashed a gas station bathroom while drunk, and then were confronted by armed security guards. The rest was a mess, all of their own making.

Lochte claimed during the games that he and three other swimmers were held up at gunpoint after leaving a party and one of the claims he made was that a gun was cocked and pointed at his forehead.

He has since back-pedaled on his story, telling NBC News’ Matt Lauer in a clip posted online that although a gun was drawn during the incident, it was not pointed at his head.

“That didn’t happen,” he said. “The gun was drawn but not at my forehead.”

In the interview with Lauer, Lochte, who returned home to Charlotte, North Carolina, appeared to concede that he knew that the guards were demanding payment for the damage done, not robbing them.

But nothing is going to change the fact that he left his teammates to deal with the consequences while he skipped on home. There are moments that reveal character. This was one of them. And Ryan Lochte failed.

2) Hope Solo is a sore loser
For someone with a host of personal and professional issues, you’d think Hope Solo would know by now to just keep her mouth shut. But no. When the US women’s soccer team lost to Sweden, she had a temper tantrum.

Only Lochte being a bigger jerk has kept Solo from being under more scrutiny in the media, but her days of playing for the US women’s team might be done.

3) Chemistry IS an exact science!!!
Why, what a lovely shade of green the diving pool is!

The water turned green overnight, and Rio officials had no explanation for it. Eventually, they said algae was growing like wild, and the explanation was industrial-grade stupid.

As the water polo and diving pools at the Olympics remain a murky shade of green, Rio officials said they’re not clear on how the “proliferation of algae” was able to grow, according to the Associated Press.

“We first learned that chemistry is not an exact science,” Rio 2016 spokesman Mario Andrada told the AP Friday.

Roommate has BS in chemistry and doctorate in pharmacy. She tells me chemistry IS, in fact, an exact science. https://t.co/6sATt0fdTn

"We've learned… chemistry is not an exact #science"

Yes it is. Your problem is biology.https://t.co/gFqJUh8jHR

And finally, we learned what happened. Because… drumroll please… chemistry IS an exact science!

4) Anti-Semitism on ugly display
It seemed like several Muslim countries were going out of their way to insult the Israeli athletes. The worst moment was this one, when Egyptian judo fighter Islam El Shehaby refused to shake his opponent’s hand. His opponent, who had just beaten him, was Israeli judo fighter Or Sasson.
https://www.youtube.com/watch?v=Tiy5Zft-OxE

Sasson defeated El Shehaby with two throws for an automatic victory, with about a minute and a half remaining in the bout.

Afterwards, El Shehaby lay flat on his back for a moment before standing to take his place before Sasson, in front of the referee. When Sasson extended his hand, El Shehaby backed away, shaking his head.

The referee then called El Shehaby back to the mat and obliged to him bow; El Shehaby gave a quick nod of his head.

Judo players typically bow or shake hands at the beginning and end of a match, as a sign of respect in the Japanese martial art.

And Egypt even has a peace treaty with Israel. It’s just disgusting, especially considering the horrible history of violence against Israeli athletes during the Olympics. That the IOC doesn’t crack down on it is shameful.

5) The booing crowd
Brazil doesn’t like losing. The fans were even booing their own soccer team because they didn’t win enough. But the most infamous booing moment was when France’s Renaud Lavillenie was continually booed by the audience just because he was in competition with a Brazilian athlete. Thiago Braz da Silva won gold in the pole vault, and the Brazilian crowd was STILL booing, even through the medals ceremony.

Of course, Lavillenie made it worse by comparing the fans to the Nazi German crowds who booed Jesse Owens. He later apologized.

Yes, sorry for the bad comparaison I made. It was a hot reaction and I realize it was wrong. Sorry to everyone. https://t.co/rK5mmuMgqH

But the crowd’s behavior even earned a rebuke from the IOC president.

IOC President Thomas Bach: 'shocking behaviour for the crowd to boo Renaud Lavillenie on the medal podium. Unacceptable at the Olympics'

The only thing worse than a sore loser is a sore winner.

And so closes the chaos and charisma, the highs and the lows of the 2016 Rio Olympics. Team USA again won the medal count, but it just doesn’t have the same cache that it did during the Cold War. At least, not until Islamic State fields its own Olympic team. God forbid.