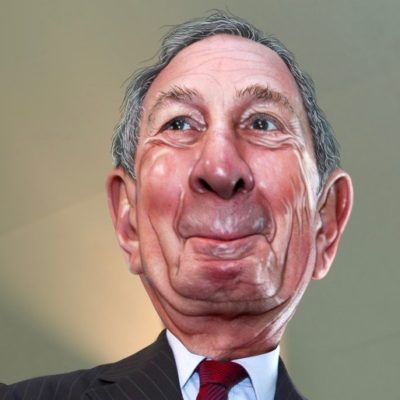 After Elizabeth Warren criticized Michael Bloomberg as “a billionaire who calls women “fat broads’ and ‘horse-faced lesbians”, last night, the presidential hopeful has agreed to release three women who worked for him previously from their NDAs.

Just yesterday, Bloomberg had this to say:

I’ve done a lot of reflecting on this issue over the past few days and I’ve decided that for as long as I’m running the company, we won’t offer confidentiality agreements to resolve claims of sexual harassment or misconduct going forward.

I recognize that NDAs, particularly when they are used in the context of sexual harassment and sexual assault, promote a culture of silence in the workplace and contribute to a culture of women not feeling safe or supported.”-Michael Bloomberg

Bloomberg has cabed to the pressure. Elizabeth Warren even offered to draw up a contract to get women who worked for the ninth richest man in the U.S. give a release from their gag orders.

That’s some clever language Mike. 3 for "comments you made" but did your search of NDA’s include alleged harassment, misconduct and all other forms of abuse?

But who only three NDAs? Why not all NDAs from women who were in Bloomberg’s employ? And why these three women? And did they sign an NDA to release the NDAs? It makes you wonder. And, will there be more coming forward? We wonder if they will address his comments from The Wit and Wisdom of Michael Bloomberg ? What? You never heard of it? The “office project” booklet that brought us great remarks like:

At least kiss him on the cheek, Mike. Or give him the extra large Big Gulp. Sheesh.

So, who will these women, released from the NDAs be? And why not the other 40 or so? His staffers have cherry-picked not one or two…but THREE NDAs. Who arrives at that number? Two NDA releases would be a paltry offering, don’t you think? But THREE..yeah! There’s the magic Mini Mike is looking for! We already know the story of Sekiki Sakai Garrison who was subject to lewd gestures, sexual innuendo, overtures and derogatory comments about her Japanese origin. Just read this.

The three releases offered up? This could be all smoke and mirrors for the Bloomberg campaign. Warren called Bloomberg out and he acquiesced. Attacking Bloomberg, who doesn’t have a chance in winning the nomination is small potatoes. (They really should be hitting hard at Bernie right now…but they are indeed the “smart” ones.) Democrats will call Republicans hypocritical for calling out Bloomberg for his innappropriate behavior while “ignoring” the p*ssy grab heard around the world. Perhaps the big question should be why did Michael Bloomberg encourage and cultivate such as toxic environment for women in his workplace? Why was there such a pervasive pattern of him insinuating to pregnant women in his organization to “kill” the child or that once they had said child, their careers were pretty much over? Simply by reading the court documents on the Sakai-Garrison case, it was apparent that Michael Bloomberg ran an organization that was successful on the outside but overrun by inappropriate clowns on the inside. This went on for years. Let’s add more layers onto the cake. Not only were there women who were propositioned to play the game of slap-and-tickle, women who were told to kill their babies, there were also women whose families were living overseas and working for the short man’s empire who were flat-out threatened.

Within hours of my tweets — the original and my replies to questions — a Bloomberg manager called my husband and said, ‘Get your wife to delete her tweets.’ I did not delete them, but I also did not tweet or speak publicly about the death threats again. I did not want to anger the company because we needed it to relocate us to Hong Kong, where our children would be safe. As we finished the remainder of our time in Beijing, applying for schools in Hong Kong and preparing for our move, I lived in constant fear.”-Leta Hong Fincher

This was after an article was published in the New York Times exposing Chinese government pressure. Hong Fincher’s husband, Michael Forsythe, penned an article about Chinese President Xi Jinping, and the vast accumulation of wealth by his relatives.

And all Bloomberg has are these said three NDA releases to show for all of this? Pardon us, Lord Farquaad-err-Mr. Bloomberg…but most women will not have to abandon their shopping trips to upscale department stores to “get more brains” at the library. This whole thing reeks and one does not have to be a rocket scientist to figure it all out.