Previous post
LeBron James: Freedom, But Not For Hong Kong

Redskins Name About To Be Changed

Redskins Name About To Be Changed 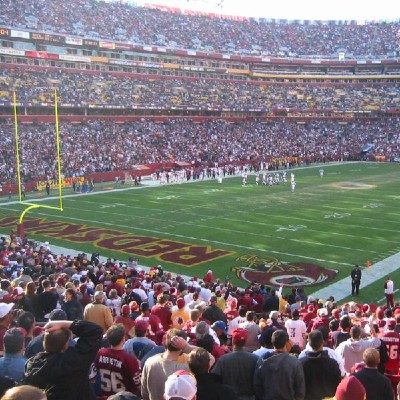 This had the feeling of inevitability. The news reports began to break late Sunday night that the Washington Redskins NFL team would announce an imminent name change.

And what does it really come down to? Money.

The move comes 11 days after stadium naming-rights sponsor FedEx’s public statement asking for a change to the controversial moniker. The new nickname will not be announced immediately because trademark issues are pending, the sources said, but insiders were told today that the “thorough review” announced July 3 has concluded. The team felt it was important to remove any doubts as to the future of the name, one source said.”

The timeline for announcing a new name was unclear, but the sense of urgency inside the organization is clear. In a private letter on the same day as its public statement, FedEx threatened to take its name off the team’s Landover, Md., stadium after the end of the season if the name was not changed.”

Money may have been the straw that broke the owner’s back, but what pressured companies like FedEx to demand the name change? That would be the current social justice mood on the ground.

Now, what will the new team name be? That is the outstanding question, and one that the team – and owner Dan Snyder – cannot reveal until all copyright issues have been sorted through. The team wants to keep the colors the same, so anything with “Red” in the name probably has the edge. One name in particular has had a lot of unofficial support.

One option that could be a nice fit is one that quarterback Dwayne Haskins is in support of: The Redtails. This name has an intriguing history as the Red Tails are a tribute to the planes flown by the Tuskegee Airmen, who were the first Black military aviators that served in the United States Army during World War II. Three of the first five admitted airmen were from Washington, serving as a connection to the city and the armed forces.”

Honestly, if the team was able to clear any copyright hurdles (looking at you, The Group Formerly Known As Lady Antebellum), then a name like “Redtails” (or “Red Tails” – I’m sure official spelling will matter when it comes to designs) would likely engender a lot of instant acceptance. I am not a Redskins fan, so I have no interest in what the team does end up calling itself, but “Redtails” does sound cool.

What I am concerned about is bending the knee to the mob. In 2016, it didn’t seem like Native Americans truly cared that much about a team name. Now, while opinions can definitely change in four years, what has also changed is the outright advocacy from the media. The media wants the name changed, so the media will run story after story about how it should BE changed.

With the media running its narrative, public opinion soon follows. But is the mob ever satisfied? Today it will be the Redskins. Next, it will be the Indians and the Braves and the Rebels. The true question is, how does this actually help anyone? Or does it just soothe feelings?

The mob is never satisfied. The goalposts shift – for example, we went from “take down Confederate statues” to ripping down Washington and Grant pretty quickly with almost no stops in between.

And no you don’t get to go back to “Confederate statues” now. Speaker of NYC City Council wants to remove Jefferson. Boston is removing an Abraham Lincoln statue *donated by freed slaves.* The “it’s just about Confederate statues” ship has sailed, been set on fire, and sank. https://t.co/PNefVCBaBg

Changing the name of the Redskins may look like the “easy” call. Will it be an “easy” call to rename the Kansas City Chiefs? You can say that “Redtails” is a good name choice to replace “Redskins.” But where do you draw the line?

Featured image via Wikimedia Commons/Kevin Coles on Flickr/CC BY 2.0