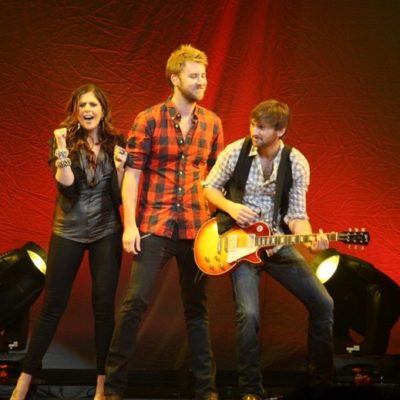 Even though the news of privileged prima donnas, Lady Antebellum, came to us a few days back, we think it’s worthy of a mention.

Actually, they’re worthy of skewering over a hot pit of coals. So here we go.

Once upon a time, there was a successful Grammy award-winning, country band named Lady Antebellum. Let us first examine the definition of antebellum:

The band got its name after having a photo shoot in front of a pre-civil-war era home. Seems inonnocuous enough, right?

Wrong. Not according to the two white guys and the white gal who are in the band. Truth be told, country music is behind the times when it comes to wokeness, unless we’re talking Taylor Swift. But T-Swizzle isn’t exactly country anymore. She’s grown up and gone on to bigger and better platforms of bubble-gum pop and Netflix documentaries.

So, after the death of George Floyd, Lady Antebellum decided that they no longer wanted to be associated with a term that means “pre-civil war”. They thought they would sell more albums as “Lady A”. So, they “officially” changed their name to “Lady A”.

Little did they know that Seattle gospel/blues singer, Anita White, also goes by the name “Lady A”. After Lady Antebellum’s “official” name change, “Lady A” has disappeared from Internet searches thanks to the Grammy-award-winning Lady Antebellum, who now have filed legal proceedings requesting White share her name.

“My fans used to be able to listen to my music on streaming services; now they struggle to find me. Due to Lady Antebellum’s massive rebranding efforts, Lady Antebellum has erased me from every platform.”-Lady A

The “Need You Now” group was not having it with the gospel/blues singer named “Lady A”. They wanted to “coexist”. The real Lady A wanted $5 million for herself and her troubles that she planned to give to her church and another $5 million to be donated to an organization that helps fight racism on behalf of the Antebellum crew.

That was when Lady Antebellum filed a lawsuit against Lady A, stating her request for $10 million was an “exorbitant demand” and that they used “Lady A” since the early 2000s so it was technically, their “right” to use the name now.

Today we are sad to share that our sincere hope to join together with Anita White in unity and common purpose has ended. She and her team have demanded a $10 million payment, so reluctantly we have come to the conclusion that we need to ask a court to affirm our right to continue to use the name Lady A, a trademark we have held for many years.”-Members of Lady Antebellum

They’ve been using the “Lady A” trademark since 2010? Seattle’s “Lady A” has been using this moniker for decades. If anyone has rights to this name, it would be her.

But record company executives in their pinky rings and their lawyers thought it was Lady Antebellum’s right to a Black gospel/blues singer name. Let’s talk about being privileged! A white, country band worth millions wants a black singer’s name because the word “antebellum” implies pre-civil war and we’re living in post civil-war times and we’re not racist bigots. They are more well-known in the music industry and sold more albums than Lady A, so they are entitled to this name. In fact, they don’t understand why they both can’t simply coexist. They’re “regrettably sorry” they chose to use the word “antebellum” as part of their name. They’re woke. So woke, they’re completely asleep at the wheel on the optics of it all.

Fun fact: the A still stands for Antebellum. They might as stick with it at this point because they're living the part.

Girl we fixed it for em pic.twitter.com/qJMe4ZT9Bg

They’re a privileged country band that banked off of a name that literally means “pre-Civil War”. They’re a refuge. They’re inclusive. Their eyes are open wide.

As a band, we have strived for our music to be a refuge…inclusive of all. We’ve watched and listened more than ever these last few weeks, and our hearts have been stirred with conviction, our eyes opened wide to the injustices, inequality and biases Black women and men have always faced and continue to face everyday. Now, blindspots we didn’t even know existed have been revealed.⁣⁣⁣ ⁣”-Lady Antebellum social media statement

They have discovered a blind spot. That’s why they want to take a black artist’s name for free. That’s why they think they have the right to take this name for free. How’s about donating to a charity and changing your name to Lady Assclown? That may be more like it. Honestly, I had to do a double-take to make sure this was not something out of Babylon Bee. It’s a quarter after one and the privileged prima donnas are a little drunk. They need a new name now.