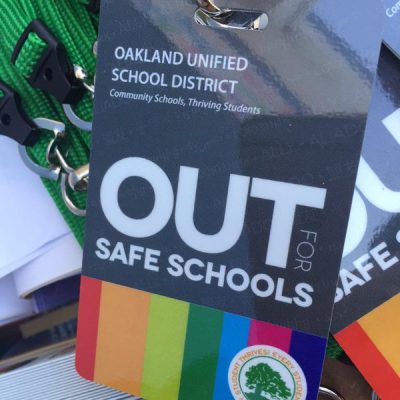 Previous post
Rainbow Badges: The Latest Anti-Bullying Campaign Could Be Coming To A School Near You

Quote of the Day: Mitt Romney Calls Out Donald Trump to Release His Tax Returns 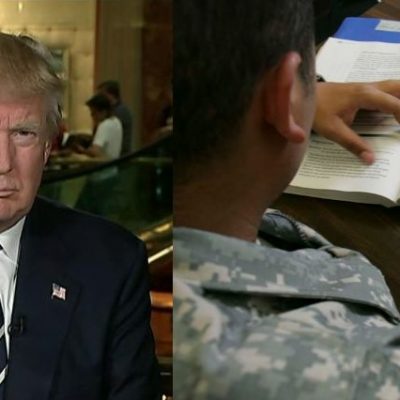 Quote of the Day: Mitt Romney Calls Out Donald Trump to Release His Tax Returns 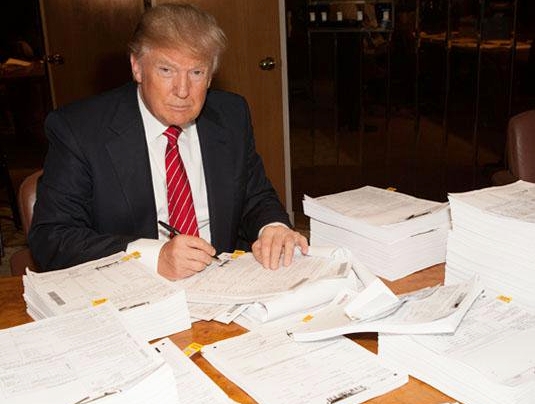 Releasing tax returns isn’t required to run for president. No one has to do it. Yet, candidates have — going as far back as Nixon, actually. So for decades, presidential candidates have dutifully released their tax returns, probably without many people noticing or caring. But Donald Trump refuses to release his, and suddenly, the topic has become much more interesting. Why won’t he? No one knows, but it sure has created a lot of questions. Is he trying to hide something? And if not, then why not just release them? The official Trump campaign line is that there’s nothing for voters to learn by releasing his returns, but that’s a pathetic excuse. A lot can be hidden in a tax return, and Trump? He knows it. So Mitt Romney is calling him out on it, saying that there’s no reason for Trump to keep his tax returns secret unless he has something to hide.

It is disqualifying for a modern-day presidential nominee to refuse to release tax returns to the voters, especially one who has not been subject to public scrutiny in either military or public service. Tax returns provide the public with its sole confirmation of the veracity of a candidate’s representations regarding charities, priorities, wealth, tax conformance, and conflicts of interest. Further, while not a likely circumstance, the potential for hidden inappropriate associations with foreign entities, criminal organizations, or other unsavory groups is simply too great a risk to ignore for someone who is seeking to become commander-in-chief.

Mr. Trump says he is being audited. So? There is nothing that prevents releasing tax returns that are being audited. Further, he could release returns for the years immediately prior to the years under audit. There is only one logical explanation for Mr. Trump’s refusal to release his returns: there is a bombshell in them. Given Mr. Trump’s equanimity with other flaws in his history, we can only assume it’s a bombshell of unusual size.

Interestingly, when Mitt Romney was running for president, Trump demanded that his tax returns be released… and promised he would do the same if he ever ran. He made that promise again to Hugh Hewitt as recently as 2015.

So what can be learned from a tax return that could be of interest to voters? Well, first, it could further prove that Trump isn’t as rich as he says he is, something that financial analysts have long suspected. Trump himself said that tax returns can show how successful one is, how many people they’ve employed, and how much money a person has made. Given that much of his campaign relies upon the “fact” that Trump is a brilliant businessman who is insanely wealthy, tax returns that show that he’s a terrible businessman who has lost tons of money since gaining his inheritance would certainly be a blow. Mitt Romney may not have been the conservative dream candidate, but when he said he was a successful businessman, it was true. We know it for a fact. Trump? Yeah, not so much.

Second, as Romney pointed out, tax returns can reveal shady dealings and associations — with foreign groups, mob ties (as he’s alleged to have), and other criminal organizations. They can reveal questionable, if not outright illegal, finances. Some of this is already known, such as being fined by the Federal Trade Commission, improperly received a tax credit meant for middle class taxpayers, and took a post-9/11 grant meant to help small businesses. Just how shady is Donald Trump?

There’s also the issue of his charitable giving. Trump likes to brag about how generous he is, how he gives all kinds of money away, yet his tax returns could prove otherwise. We’ve got reason to be skeptical already, given his veterans fundraiser fiasco. They also could show that he’s given lots and lots of money to liberals like Hillary Clinton. The last thing The Donald would want is to have it out there that he’s actually a stingy liberal.

Justin Wolfers at the New York Times seems to agree with Mitt Romney: the only reason for Trump to not release his tax returns at this point is because he’s got something very, very bad to hide.

This incentive to disclose keeps cascading.

It’s disclosure all the way down.

If you’ve got the second-worst tax return imaginable, and everyone who is cleaner than you discloses, the public will infer that you’ve either got the worst or the second-worst possible return. Far better to clear up the confusion that you don’t have the most dishonorable tax return that’s possible, and so you also choose to release your tax returns.

… By this logic, a candidate would hide tax returns only if they paint a terrible picture about finances and integrity. (If there were the risk that Mr. Trump’s returns would reveal commercially valuable information, that would be a reason that he could be not-seedy yet still want to keep his returns private. He has yet to make this argument, though.)

As Wolfers points out, you don’t buy a car without test-driving it first, and if a car salesman refused to let you, it’s likely because the car is a dud. You don’t buy a business without examining the books first. So what is it that Donald Trump is trying to hide? What is it that he doesn’t want voters to see? 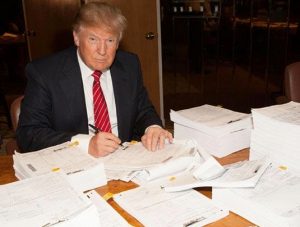