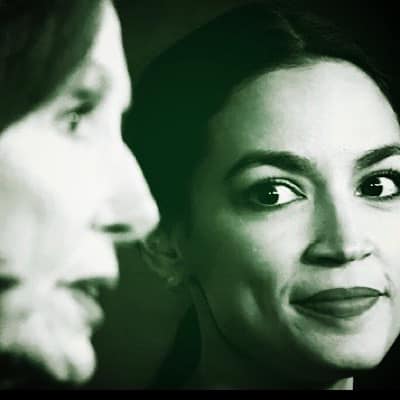 A colony of honeybees only has one queen. If there is more than one, they will fight to the death.

The queen is the only bee in the hive that can lay eggs and is the mother of all the other bees. She can live between 3 and 5 years. As she approaches the end of her life, and slows down laying eggs, she will produce less queen pheromone. The bees sense this and begin the process of raising a new queen to replace her. The new queen that is born will kill her mother and any other newly hatched queens.

Nature is a brutal blood sport. So too is the world of politics.

Speaker of the House Nancy Pelosi has been the Queen Bee of the House Democrats, since 2007. She rules the Democrats with an iron gavel and a prodigious ability to squeeze donors for funds, while she touts herself as a master legislator.

“I am a master legislator”: A defiant @NancyPelosi says she has no plans to step down from leadership https://t.co/Y6x0TwYcxZ pic.twitter.com/QQzz6DGSmN

The woman who said that we had to pass the healthcare bill to find out what was in the healthcare bill doesn’t legislate. She probably still doesn’t know what was in the disastrous healthcare bill. She is most likely clueless about the $1.5 trillion bipartisan infrastructure bill (BIF) and the 2500 page, $3.5 trillion reconciliation bill, too. Nancy’s in a safe district in San Francisco with her ice cream-filled Sub-Zero fridge and can stay in her seat until she names her own replacement or assumes room temperature.

The Queen Bee Pelosi has a challenger.

Alexandria Ocasio-Cortez (AOC) is the leader of the Squad. The fascist group of Congresswomen who are mostly known for the hatred of America and Israel. Is AOC the new wannabe Queen? Oh, who knows. The female is a true flibbertigibbet. AOC runs her mouth like she gets paid by the word. She wore a “Tax the Rich” designer gown to the Met Gala, and didn’t see the irony or hypocrisy. She thought she was breaking the fourth wall and starting a conversation. AOC could not even name the three branches of government:

Our two Queen Bees, San Fran Nan and AOC are pretty evenly matched. Neither is known for her intellectual capacity and both will cut to get ahead. Remember what Nancy Pelosi’s daughter said about her:

“She’ll cut your head off and you won’t even know you’re bleeding,” filmmaker Alexandra Pelosi says about her mother, likely incoming House Speaker Nancy Pelosi, who is set to meet with Pres. Trump and leaders at the White House over the shutdown. https://t.co/ukXtn1xYxI pic.twitter.com/MR7DHEOpeT

Sandy Cortez aimed her laser eyes on Nancy before she was even sworn in. A week after she won election to Congress, AOC led a climate change sit-in at Pelosi’s Capitol Hill office, with 150 student activists. And, Sandy is quite the fundraiser too.

And then came the BIF. As The Hill explains:

For months, Pelosi has insisted that the bipartisan $1.2 trillion infrastructure bill (the one that largely addresses roads, bridges, rail and power grids) would be put up for a vote only if the larger $2.3 trillion “human infrastructure” bill was linked to it in reconciliation. That’s what progressives such as Sen. Bernie Sanders (I-Vt.) and “the Squad” – Reps. Alexandria Ocasio-Cortez (D-N.Y.), Ilhan Omar (D-Minn.), Rashida Tlaib (D-Mich.) and Pramila Jayapal (D-Wash.) – have been insisting, as part of the Congressional Progressive Caucus.

And they have repeatedly threatened to tank the bill if the $1.2 trillion (often referred to as BIF, or Bipartisan Infrastructure Framework) is voted on without the $2.3 trillion in social spending attached to it.

Nancy blinked. Even Creepy Joe Biden crypt walking into the Capitol didn’t help Nan wrangle AOC and the Squad. Those meddling kids just wouldn’t get with the program. They have no respect for the elderly.

Alexandria Ocasio-Cortez appeared with Margaret Brennan on Face the Nation today and she is not negotiating:

From the CBS transcript:

MARGARET BRENNAN: Lastly, just, you know, these moderates in the house as well, not just Senator Manchin would say, you’re not playing for the team when you hold one bill hostage, as they would say for the other, and put a bill that has roads and bridges and jobs potentially at risk.

REP. OCASIO-CORTEZ: Well, the agreement several months ago to even proceed on that one bipartisan bill was that it was tied with- with our larger build back, better agenda. And the reason when some folks say, Well, why can’t you just pass this, and we’ll see everything else later? First of all, we do not. Both of these bills need to pass. Both will not pass if they- if people try to separate them, if we try to diverge from that agreement that was settled several months ago. We can’t simply invent new terms mid-stream and then expect everyone else that those initial terms to hold. I’m willing to hold up my end of the bargain by sticking to both. And we want all we need to expect all of our lawmakers who are part of that deal to stick to that bargain.

I am not taking any bets, but I have popcorn and a lawn chair. Let the games begin. Can someone please explain tree equity to me?