Previous post
The Squad Has A Sad Over Soleimani 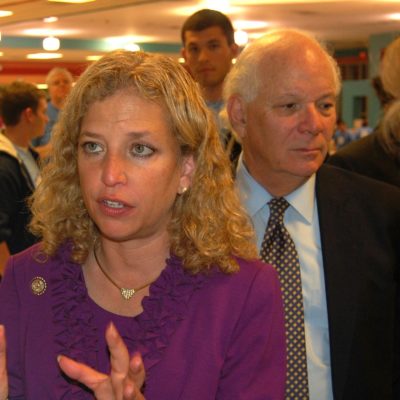 Qasem Soleimani was killed in a drone strike at the airport in Baghdad and President Trump has said the U.S. is responsible for the deed. Lots of Democrats and anti-Trumpers have their theories. Now, Debbie Wasserman-Schultz wants to chime in. You may remember her stance on Obama’s Iran deal from years ago:

In the world according to Wasserman-Shultz, Donald Trump did not target Qasem Soleimani because he was an orchestrator in terrorist plots or because he and the Quds Force were instrumental in killing innocents. No way. It couldn’t have been because Mike Pompeo designated the IRGC a foreign terrorist organization last year likening them to many others. Namely, Hamas, Hezbollah, and ISIS. There’s no validity in that argument according to Debbie, either. It doesn’t mean a flip that Qasem Soleimani was the “shadow commander” of the Quds Force, “living martyr of the revolution“. Instead, Wasserman-Shultz insists that killing Soleimani was a mere distraction by Donald Trump to take everyone’s minds off of impeachment, as she went on to tell CNN yesterday:

What I think is going on here, frankly, is that this action was taken more in President Trump’s self-interest rather than our national interests. We had damning developments in just the last day where emails came out that made it very clear that they covered up the real reason behind the withholding of hundreds of millions of dollars to Ukraine. That’s outrageous and I think that has a lot to do with what this attack was about.”-Debbie Wasserman-Shultz

This self-proclaimed “Jewish mama” who seemed so concerned about Iran’s relations with Israel is also so consumed with her own malady of Trump Derangement Syndrome-to the point of not seeing the forest for the trees. I mean, Wasserman-Shultz couldn’t possibly agree with the assassination of a figurehead in the promotion of global terror. She couldn’t possibly acknowledge that Soleimani’s regime could have even worse for Israel down the road. No. This act was just an act to distract everyone from Trump’s impeachment. Seems Wasserman-Shultz is projecting a little bit here, we think. After all, Debbie does distract, too. Albeit not so well. Remember Imran Awan, an IT staffer who was under a federal investigation for an alleged equipment and data scam in the U.S. House? The same Imran Awan who managed to escape background checks whilst working for the Obama administration and Wasserman-Shultz whose family was wired money from Capitol Hill to Pakistan? The same Imran Awan who had rumored ties to a Hezbollah-linked figure in Iraq? The same Imran Awan who had all-access to secret servers? I mean, should you really be talking about anybody else’s e-mail scandals before picking up the poop in your own backyard, Debbie? And what about that laptop you made every effort possible to get investigators away from, Debbie? Yes, that laptop. So, we think we know what is going on here.

Debbie “Jewish mama” Wasserman-Shultz, who wants to “protect” Israel yet supported Barack Obama sending $400 million to Iran talks about Trump wanting a distraction. All the while, she wants to distract from a potential disaster she and the former administration helped create. She wants to distract by telling viewers that the only reason Qasem Soleimani was killed was because Donald Trump is shaking in his shoes fearing impeachment and thus, he wants to distract the American people. We’ve heard it all over the past few days. Nancy Pelosi calling Trump’s actions “provocative and disproportionate”. Bernie Sanders calling the act “reckless foreign policy”. Hollywood B-movie starlets saying we live in a “terrorist regime”. All distractions. According to Wasserman-Shultz, Donald Trump will do just about anything to win over individuals who may be on the fence about his administration-and he may try and distract them from impeachment proceedings by coordinating a strike against a known terrorist threat plotting to kill our troops on Iraqi soil. You know, some people may actually view this as a good thing. Pass me an ice cream cone.