It took a mere two and half days following the Olympics Closing Ceremony, and an announcement of what amounts to military surrender on the world stage from the feckless, weak-kneed Barack Obama, for Vladimir Putin to dock a naval vessel in a Cuban harbor yesterday. Not a peep from either nation that it did so, or why it did so.

The Vishnya, or Meridian-class intelligence ship, which has a crew of around 200, went into service in the Black Sea in 1988 before it was transferred seven years later to the northern fleet, Russian media sources said.”

Not counting the iron-fisted grip liberals in both parties have on our own government, Cuba stands as the only one-party-ruled country in the Americas. And its history of acting as an ally alongside Russia, particularly during the Cold War, is well documented.

In his film, 2016: Obama’s America, Dinesh D’Souza laid out, in no uncertain terms, what a second Barack Obama term would look like with regard to foreign policy and the weakening of America. He unveils the anti-colonialist that Obama truly is, and lays out three predictions: 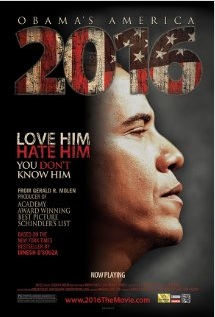 See any accuracies there?

Here’s how I see it: Obama has refused to impose more sanctions on Iran, allowing it to continue enrichment, against the loud bipartisan disagreement from Congress, in the naïve hope that that nation, whose various dictators have for decades raised their fists toward, and called for the annihilation of, Israel, the only non-Islamic country in the region (Obama’s “colonialist”). Iran is never going to relinquish its nuclear desires, nor its ultimate goal of destroying Israel. It wants to be the iron fist of the region. Coupled with the reduction of our military force, the endless mountain of debt and taxation Obama continues to amass with the help of Congress, what Dinesh predicted in his prophetic film is coming to fruition: An emboldened Middle East—Iran being the hub—now riddled with even more instability with the assistance of Mr. Obama of groups like the Muslim Brotherhood whom Egypt itself has declared a terrorist organization, sheer chaos in Syria, and another iron-fisted ruler in Russia rattling our empty cage. The rise of Radical Islam, and the strengthening of Putin—oh, would he love to reclaim Ukraine as he shelters its ousted president—are coming to head in what could lead to a third World War. Much of what is ensuing lies squarely in the lap of Mr. Obama who wants to sing kumbaya with tyrants who want us all dead.

Mr. Putin is competing in, and looks to be winning, the fight to fill the huge vacuum our wussified federal government has helped create, led by a man who I believe clearly dislikes America, does not believe her exceptional, and has worked for six years to see her diminished on the world stage. And he’s doing a pretty fine job.

Mr. Putin, who is already cracking down on his own people now that the Olympics have ceased, and is now playing war games over and along the borders of Ukraine, has been watching. Parking his big boat smack dab in the harbor of a communist country ninety miles from our shores is not a liberty call, it’s a wake up call. Will we answer? Or just let it ring?