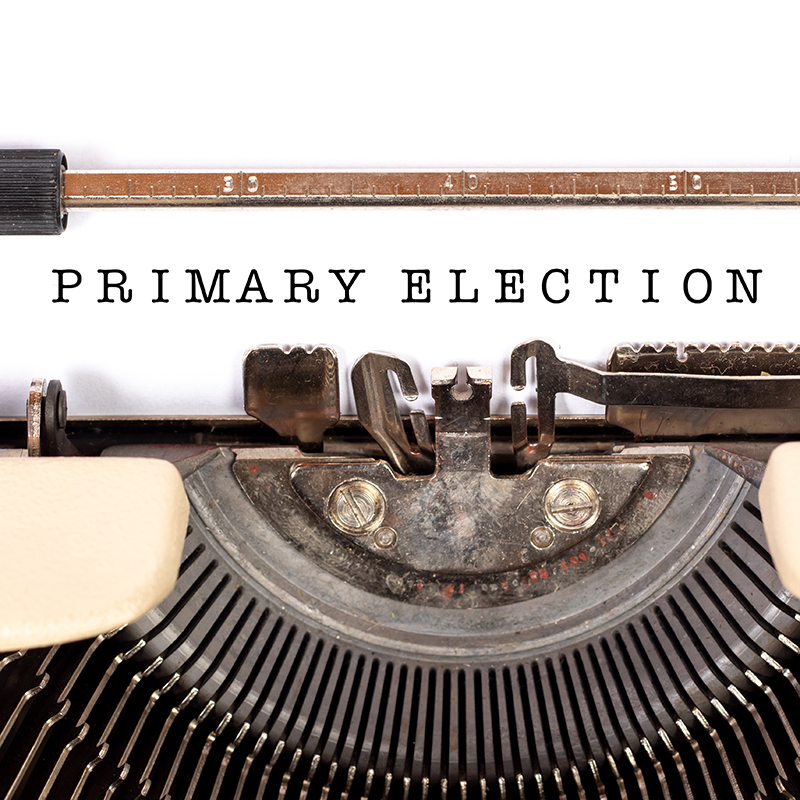 It was likely too late to re-schedule today’s 2020 election primaries in Florida, Ohio, Illinois, and Arizona, though they very well may be the last ones held for a while. But it wasn’t for a lack of trying by at least one governor:

“Ohio Gov. Mike DeWine has asked a judge to allow his state to postpone its election, originally scheduled for Tuesday, March 17, to June 2.”

“‘We cannot conduct this election tomorrow,’ he stressed in an announcement on Monday.”

“DeWine said that the state’s in-person voting would not conform with CDC guidelines for preventing the spread of the coronavirus and said absentee ballot voting before June 2 would be available to citizens.”

Last evening, a judge denied the governor’s request to postpone Ohio’s 2020 primary. But that changed hours later when this news broke:

Ohio Gov. Mike DeWine announced late Monday that polls will be closed on Tuesday for the presidential primary election, citing a ‘health emergency’ tied to the ongoing coronavirus pandemic.”

“DeWine’s statement, issued Monday at 10:12 p.m., reads in full: ‘During this time when we face an unprecedented public health crisis, to conduct an election tomorrow would force poll workers and voters to place themselves at a unacceptable health risk of contracting coronavirus.'”

Contrarily, Louisiana, Georgia, and Puerto Rico have already postponed their primaries, in hopes that the coronavirus dies down a bit so that democracy can continue on in the near future without blunting turnout. (See some potential good news on the virus front here.)

And never known to allow a good crisis to go waste, a least one blue-state governor and one blue-state mayor are attempting to push us into full-blown communism.

Nevertheless, the virus scare has most definitely thrown a wrench into what would normally be a robust 2020 campaign season.

So here are five ways that the Covid-19 outbreak could, and likely will, impact the 2020 election:

1. Skewed primaries, if they even continue past today, due to reduced participation. While the likes of those like AOC screech about voter suppression, this is the true voter disenfranchisement for the 2020 election (and do you hear that? It’s the sound of silence from said overpaid bartender). For example: Florida is home to lots of retired voters, and a large Cuban-American immigrant population. Both groups are likely not Bernie Sanders supporters. Should those two voting blocs stay home today, Sanders could see a consequential primary win there, even though the state was, as of just a few days ago, Biden’s to lose. It’ll be interesting to see how many voted early or absentee and if that impacts the results.

2. Accidental communism: see Bullet Point One above. Older voters tend to vote more conservatively. They also just so happen to be the group of Americans most at risk for succumbing to a coronavirus infection. This fact alone could keep those voters from participating in primaries. The question is: will younger voters, who don’t seem to be taking the threat seriously given they’re reportedly more inclined to recover should they become infected, and who tend to be far more entitlement-minded than their older peers, show up to the polls to pull the lever for Bernie Sanders? He’s made wild promises about healthcare, and it just may be what motivates those voters to come out to vote for him.

3. Impact on campaigning: audience-free debates, an end to rallies for the foreseeable future, and a potential cancellation of party conventions. This is where President Trump has an advantage, in my oh-so-humble opinion: as the sitting president, he enjoys a constant bully pulpit where he can summon the news cameras whenever he likes to inform the public of just what the federal government is doing to address the crisis. Unless the liberal media gives the two angry Muppets a constant platform, the other two candidates (well, three; the DNC would like us all to forget that there is indeed a woman left in the race) enjoy no such advantage. And even if they are given free screen time on cable news—which will likely be the consequence of this monkey-wrench virus—what they’ll offer is empty words, as they did at last Sunday’s debate. Neither has any power to affect what the federal government does to battle the outbreak. Not to mention, all the “innovative” ideas each offered during the Sunday debate, aside from nationalizing healthcare—which ain’t gonna happen—are all the things the Trump administration is already doing, or planning on doing.

4. Incumbency rules. It’s always difficult to unseat an incumbent. It’s especially hard when your 2020 election bench is seeded with two geriatric, health-challenged frauds (and again, that invisible woman they’ve succeeded in silencing) who, in the midst of a worldwide pandemic, are promising open borders, an end to automobiles, an end to oil production, and “guaranteed” big-government healthcare—which has already shown itself to be the failure that it’s always been; see Italy. Throwing open the borders, and eradicating the very things people rely on to get themselves through an emergency, are a losing message. I don’t see people changing course, especially should this thing rage on into the fall (or any of the candidates themselves becomes stricken with the virus, which would toss in a whole other wrench).

Biden: Criminal Illegal Aliens Will Be Safe From Deportation In First 100 Days Of My Presidency https://t.co/BK8aaM9owA via @TPInsidr

5. On the other hand: the virus could blow up in President Trump’s face. Fair or not, he could be blamed for the outbreak—the liberal media is doing its best to spread Chinese government propaganda and, as previously mentioned, the left is doing its best to paint him as inept. Couple that with the virus’ impending, and drastic, impact on the economy and employment, and it could be a one-two knockout. For those who aren’t political wonks, it’s highly possible this thing could be his albatross, costing him re-election, and putting in place one of the two flavors of far-left geriatric socialism, neither of whom would ever hold China responsible for the coronavirus pandemic.

Only time will tell what the impacts to the 2020 election will be. But two things are clear: there have been but a handful of crises as serious as this one that have had the capacity to re-shape our politics; and thus the Democrats are saying and doing everything they can to make sure it’s they who come out on top, no matter the consequences to our nation, and even if it means electing a man with highly questionable mental fitness.

So, as it always has, the future lies in our hands. We can either make the hard choices—the “overreactions” if you will—we need to make in order to quell this virus. Or we can hand our country over to those who want to destroy her.

I know which camp I’m in.

UPDATE: Mea culpa! An earlier version of this post included a tweet from what appears to be a parody site. It has been removed. Thank you to an eagle-eyed reader for catching that.