Previous post
How George Soros and Marijuana Are Bringing Down America 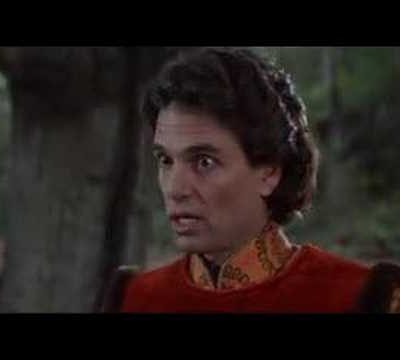 On March 24th, Brendan Eich was appointed as the new CEO of Mozilla (which produces the Firefox web browser and the Thunderbird email client, among other things). Eich was one of the founding members of Mozilla, as well as being the creator of the scripting language JavaScript, and had been the CTO (Chief Technology Officer) of the company until his appointment to CEO.  He’s well known in the tech world.

Yesterday, Eich resigned after ten days on the job, after a social media firestorm had been touched off by OKCupid, a online dating service, who pointed out that Eich, back in 2008, had donated $1000 to support Proposition 8 in California, which banned gay marriage.  When this tidbit caught fire, Eich responded with his own blog post, which said, in part:

I am committed to ensuring that Mozilla is, and will remain, a place that includes and supports everyone, regardless of sexual orientation, gender identity, age, race, ethnicity, economic status, or religion.

But that was not enough for the self-appointed hall monitors of political correctness.  They wanted Eich’s full and total mea culpa (along with a donation to a gay rights organization – the petition asking for this has since been taken down), or his job.  Even Mozilla employees were tweeting that they wanted Eich to either resign or be fired by the Mozilla board.

It finally became too much.  Mozilla announced Eich’s resignation.  The statement included these lines:

Mozilla believes both in equality and freedom of speech. Equality is necessary for meaningful speech. And you need free speech to fight for equality. Figuring out how to stand for both at the same time can be hard.

Our organizational culture reflects diversity and inclusiveness. We welcome contributions from everyone regardless of age, culture, ethnicity, gender, gender-identity, language, race, sexual orientation, geographical location and religious views. Mozilla supports equality for all.

We have employees with a wide diversity of views. Our culture of openness extends to encouraging staff and community to share their beliefs and opinions in public. This is meant to distinguish Mozilla from most organizations and hold us to a higher standard. But this time we failed to listen, to engage, and to be guided by our community.

Twitter users rightly pointed out the hypocrisy in Mozilla’s position.

@mozilla will not tolerate dissent or divergent views

@fluffyAoSHQ On the contrary, diverse views and openness is the core of who Mozilla is.

And Eich’s forced resignation was also condemned by Andrew Sullivan – yes, seriously! – who wrote in a post on his website:

The whole episode disgusts me – as it should disgust anyone interested in a tolerant and diverse society. If this is the gay rights movement today – hounding our opponents with a fanaticism more like the religious right than anyone else – then count me out. If we are about intimidating the free speech of others, we are no better than the anti-gay bullies who came before us.

That is the bottom line.  We now live in a country where it is okay – nay, encouraged – to bully those with an unpopular or politically incorrect opinion.  Eich held the exact same opinion in 2008 as President Barack Obama did in 2008.  The PC bullies have very short memories.  The only difference between the two is that Eich didn’t go through a public conversion process.  There were no accusations of him ever treating a Mozilla employee badly due to sexual orientation.  All he did was not subscribe to the groupthink.  And for that, he must go.

And to those Mozilla employees who demanded that Eich resign or be fired – you are moral cowards.  There used  to be a time in this country where, if you worked for a company and the CEO/boss/president/owner did something so morally repugnant that you couldn’t stand it, a person of character would take a stand and say, “I have the courage of my convictions, and I QUIT.”  Now, we have employees who found their CEO’s stance on gay marriage so morally objectionable that they said, “I have the courage of my convictions, and HE SHOULD QUIT.”  Way to take a stand, Mozilla employees.  You are spineless, weak, and cowardly.  Your version of taking a stand is making sure that someone else pays the price for your beliefs.

You are bullies.  I hope you know that about yourselves.

But you won this round.  You cost a man his job for not being politically correct.

A word of caution, though – what beliefs do YOU hold that someday, just might not be the “right” ones to have, that might make YOU the target someday?  Because if it can happen to the CEO of Mozilla, how much more quickly can it happen to a “regular” person like you?