Next post
Pramila Jayapal Is A Hero In Her Own Mind 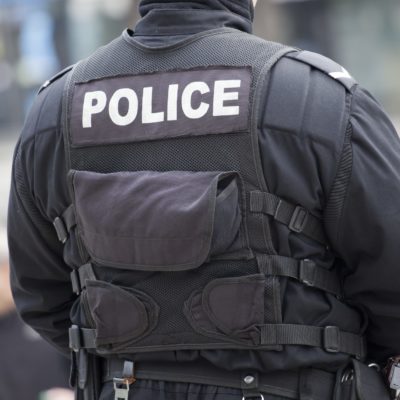 by Amanda Green in Everything Else, politics 5 Comments

After weeks of being pilloried in the media, of seeing politicians removing many of the non-lethal means available to them for crowd control, more than 100 police agencies have announced they will not take part in providing security at next month’s Democratic National Convention. The reality is, even though the message is one we should take seriously, it isn’t a decision that will have much impact on the convention. In this age of Covid-19, much of the convention will be virtual. But that doesn’t mean there won’t be protests. And that is what the citizens of Milwaukee should remember when it comes time to vote in November.

According to the Chicago Tribune, the deciding factor for these agencies was a “a recent directive ordering police in the city to stop using tear gas to control crowds.” Milwaukee is just one of a number of mainly Democrat run cities that have taken steps to ban not only the use of tear gas but rubber bullets and other forms of non-lethal crowd control by police. The politicians involved are more concerned about scoring points–and gaining votes from–the so-called peaceful protesters. The fact these same directives put the residents of these cities, not to mention police and other first responders, in danger is of little concern.

Last week, a “citizens oversight commission” ordered Milwaukee’s police chief “to change Milwaukee’s police policies to ban the use of tear gas and pepper spray.” With these methods of crowd control taken away, is it any wonder the 100+ agencies contracted to help provide security pulled out? They have basically been left with the choice between wading into a mob of protesters and going hand-to-hand, withdrawing and leaving those they have sworn to protect open to harm or pulling their weapons and using deadly force. This is a no-win situation for the police and the citizens of Milwaukee. In fact, the only ones who win are the protesters and the liberal politicians pandering to them in return for votes.

It is apparent there is a lack of commitment to provide the Milwaukee Police Department with the resources it needs to ensure the safety of peaceful protesters, attendees, citizens and police personnel. I can not send personnel if they are not properly equipped or will not be allowed to engage in appropriate actions which would ensure their safety.”

This is what happens when you have your first responders under the ultimate control of non-police and non-fire “commissioners”, most if not all of whom have no experience on the front line. In Milwaukee, the Fire and Police Commission is comprised of  “seven part-time civilian Commissioners and full-time Executive Director are appointed by the Mayor and must be approved by the Common Council.”

In other words, if the mayor doesn’t like the way the police or fire departments are being run or by their media optics, the commission can be stacked in such a way that law enforcement will be forced into the backseat behind politics.

The Commissioners serve as the citizens’ voice in police and fire matters and as a means of ensuring more responsive and effective city government. Diversity of background and experience makes the Commissioners’ concerns reflective of the community-at-large, and their priorities include initiatives to reduce crime, increase public safety, and maintain effective responses to fire and medical emergencies.”

Someone please tell me how tying the hands of the police, especially against these so-called peaceful protesters, is a way to “reduce crime, increase public safety, and maintain effective responses to fire and medical emergencies’. I guess the citizens commission–and doesn’t that sound like a good communist committee name?–want to see if they can have a nice people’s commune in Milwaukee the way they did in Seattle’s “CHOP” experiment.

We believe in removing those tools, the use of chemical irritants or pepper spray, from the available resources that the law enforcement officers would have at their disposal if protests become non-peaceful would severely compromise the safety of the public and also the safety of the law enforcement officers who would be assigned to protect the DNC.”

But, in the world of the liberals who believe all cops are evil racists and the protests are all peaceful, the possiblity of violent protests during the Democratic National Convention is less than slim to none. Why? Because they have forgotten their history. Specifically, they forgot the 1968 Democratic Convention in Chicago which opened to violence after an anti-war platform was voted down by the delegates.

This convenient amnesia by members of the citizens commission, the mayor and others puts Milwaukee in danger of erupting into violence. Oh, the media will try to spin it. Politicians will condemn the violence while, at the same time, saying the real blame lies with the police. They’ll cite systemic racism in law enforcement. They’ll point fingers at the police agencies who pulled out of the agreement to protect the convention.

And not one of them will pause to ask why the police felt this was the only action available to them.

Not one will look at their own actions and see they hold at least some responsibility for what has been happening and for what might happen during the convention.

No, they are too busy preparing to formally nominate Joe Biden and his female VP. They are too excited about adopting a campaign platform drafted not by moderates in the party, which they keep telling us Biden is, but by the Bernie Sanders and Alexandra Ocasio-Cortez faction.

They are too busy doing all they can to not just erode the foundations of our country but the tear them down as quickly and as completely as possible.

Don’t be surprised if there is trouble during the convention that these same liberals who have spent the last month or more denigrating law enforcement to point the finger and blame those who did not fulfill the agreement to assist the local police. After all, the only time they want the police to do their jobs is when their own safety or property might be at risk. However, their own contract will protect the agencies that have chosen to wirhdraw. According to media reports, the agreement said the law enforcement agencies would be provided “sufficient resources to handle multiple unruly persons.” Further, the agencies could pull out of the agreement if the city “fails to comply with or perform any material term, condition or obligation contained in the agreement.”

Taking away effective non-lethal crowd control method does just that and good on the agencies for refusing to put their officers at unnecessary risk just to appease the current political cause of the day.

This is very much a case of the Dems reaping what they sow. Will they cry if it comes back to bite them on the ass? Of course. If that happens, be prepared for the media to pick up their cry of foul and try to turn the around and make the cops the bad guys.

As for those folks living in Milwaukee and other cities following their lead, get out. Run, don’t walk, to the nearest city or town that isn’t bending knee to political issues that will lead to the downfall of your community. Yes, police reform is needed but not at the cost of innocent lives or police lives.

Good on these 100+ agencies for walking away. It would be a disservice to their officers and their families and to the residents of their communities to remain involved in a situation that can so easily explode into violence. Especially knowing the hands of the police are tied and they will be at the mercy of the protesters and the media.