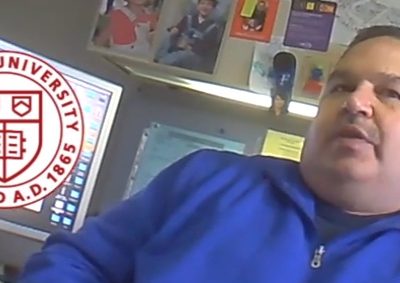 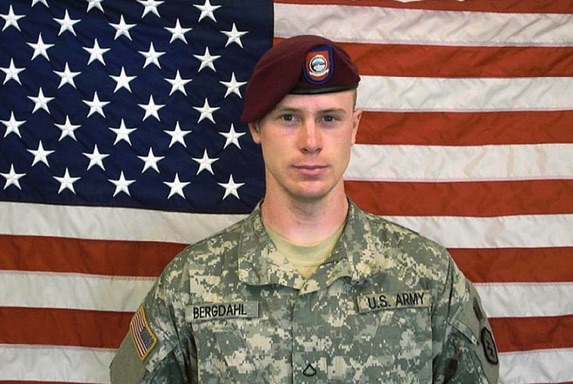 by Jodi Giddings in military 2 Comments

The Pentagon has charged Sgt. Bowe Bergdahl with Desertion and Misbehavior Before the Enemy. You will remember that the Obama Adminstration traded five senior Taliban members for Bergdahl’s release, sparking outrage from much of the country, and particularly within the military community. At least six soldiers lost their lives searching for Bergdahl after he deserted their platoon, and reportedly went out searching for the Taliban. From the Washington Post:

Sgt. Bowe Bergdahl, the U.S. soldier who was recovered in Afghanistan last spring after five years in captivity, faces charges of desertion and misbehavior before the enemy, according to his lawyer.

Eugene Fidell, Bergdahl’s attorney, told The Washington Post that his client was handed a charge sheet on Tuesday. Army officials announced they will provide an update in his case at 3:30 p.m. at Fort Bragg, N.C., but declined to discuss new developments ahead of the news conference.

Bergdahl, 28, went missing from his base in Paktika province on June 30, 2009, and is believed to have grown disillusioned with the U.S. military’s mission in Afghanistan. He was held captive in Pakistan by the Haqqani network, an insurgent group allied with the Taliban, until a deal brokered through the government of Qatar was reached last year.

Of course, reactions were mixed:

When I think of brave who stay at their posts, it only enrages me that #bergdahl was traded for men who have tried & will try to kill them.

Both charges—and there could be more included—are capital offenses as defined by the United States Military. The death penalty for such charges was restored via Executive Order by President Reagan in 1984.

UPDATE [12:40 Pacific] From the U.S. Army presser, via Col. Daniel King, U.S. Army Forces Command, Fort Bragg, NC: Bergdahl is charged with one count of Article 85, Desertion, and one count of Article 99, Misbehavior Before the Enemy. If warranted, he faces life in prison on that second charge. It looks at this time as if the death penalty is off the table.

Next Step? An Article 32 Hearing (similar to a grand jury) will be held in Houston, Texas.

Stay tuned. This is far from over.