Pelosi Thinks She Still Has A Mandate 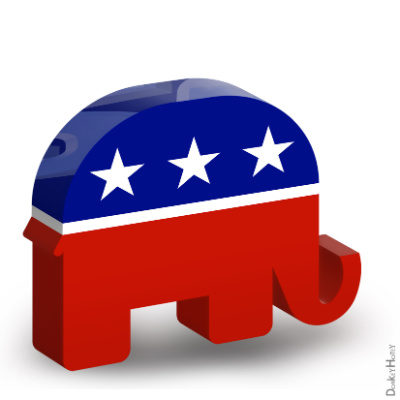 Next post
The Republican Party Has Reclaimed Its Relevance

Pelosi Thinks She Still Has A Mandate

First of all, a real round of applause to whomever hired Robby Mook to get House Democrats elected. Seriously, a big cheer from Republicans for that guy.

Consider the possibility that the guy who ran Hillary's presidential campaign is not good at his job. https://t.co/AWUlCu3HWK

Second, the Democrats are on the thinnest of ice concerning their majority in the House, and they know it. When President Trump claimed that “we could win the House,” conventional polling wisdom said there wasn’t a chance. And then this happened.

Don’t expect a million articles in the @washingtonpost describing how angry women are fighting back against being defined as single issue voters, you probably won’t see them on @TIME covers, but here is what you will see, at least a dozen NEW REPUBLICAN female faces in Congress! pic.twitter.com/AOavceYzfk

And the votes are still being counted. This is by no means a final total, but there will be enough GOP victories to not make the House Democrats a comfortable majority. Even if Biden is president, between the losses in the House and the assumption that the GOP will hold the Senate after the Georgia runoff (or runoffs – Perdue is sitting at 50% and must stay there to avoid a runoff).

Regardless, the lack of “blue wave” has led to a lot of leftists to have a collective sad. They wanted a mandate. All the election proved is that the country is still quite divided.

Unless you’re Nancy Pelosi, and you live in your own happy little space bubble, where not even your Democrat underlings in the House – some who are barely hanging on to their seats or have lost – can tell you that you don’t have a mandate. The House Democrats had a group phone call today and lucky for us, some of them had no problem live-leaking the content to reporters. 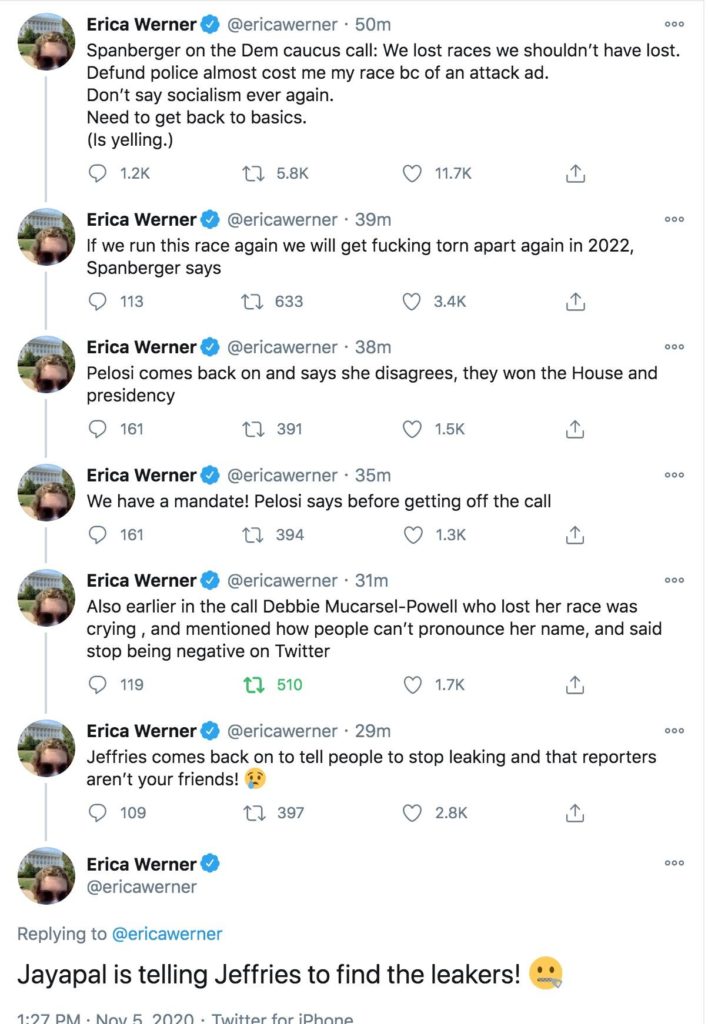 The above screenshot is the juiciest part of that particular Twitter thread, especially the bit about Pelosi insisting that they have a mandate and THEN LEAVING THE CALL. The call kept going, and the entirety of the thing lasted for over TWO HOURS.

Honest question to the Democrats who barely won your races – is Abigail Spanberger right, or is Nancy Pelosi right? Spanberger nearly got knocked off by Nick Freitas, and that race is still too tight to call even though she has declared victory. She could still lose. And you really think that a President Biden is going to bring in some kind of “blue wave” in 2022? HELL NO. The writing is already on the wall, vulnerable Democrats know it, and are trying to save themselves.

Nancy Pelosi, on the other hand, is floating in outer space, re-elected in a district so blue that a glass of water could be elected if it had a “D” after its name on the ballot. But could House Democrats band together after this disastrous showing and oust Pelosi as Speaker?

The answer is likely no, mostly because the name being tossed around the most to replace Pelosi, Hakeem Jeffries of New York, has already said that he wouldn’t try and challenge her. But there is no doubt that Pelosi is substantially weakened by this election result, and she is going to have her hands full placating the Squad and trying to hold her coalition together. In short, the Republican gains in the House have reduced Democrat power. Combine that with a GOP-controlled Senate, and the potential first two years of a Biden administration begins to look decidedly anemic.

I’ll tell you, though, those State of the Union addresses by Biden are going to be short and highly entertaining, though. Pelosi may even use the good Polident for those TV moments. She better enjoy the screen time while she can, because the odds just increased exponentially that someone else will be sitting in that spot come 2023.