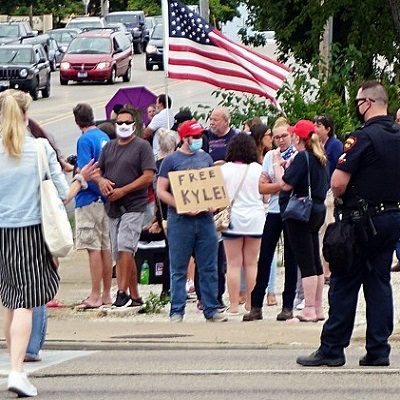 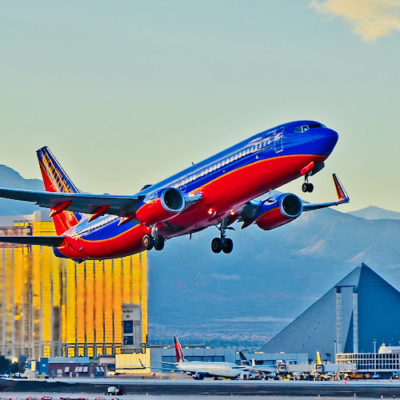 Next post
Southwest Pilot Story Gets A TikTok Twist 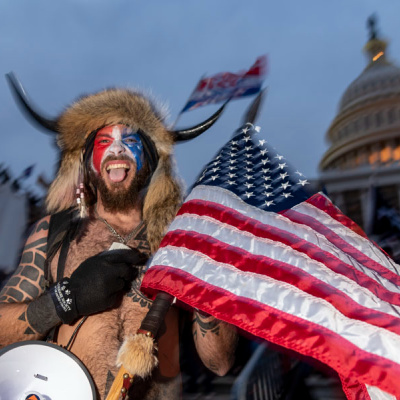 Ever since the trailer for Patriot Purge from Tucker Carlson was released, the media and certain Neo-Con politicians have been positively frothing at the mouth. They claim that Carlson will incite more violence with his series. The hysterics are out of their dadgum minds. Tucker’s series is a call for facts and clarity.

I was a little apprehensive about watching the first episode of Patriot Purge because, even among Republicans there was trepidation that the series would sensationalize the January 6 Capitol Hill breach. Or, even worse, loose conspiracy theories that were damaging to the Republican brand. I mean, Alex Jones was there. Hello. I watched Episode One because when Neo-Cons like Liz Cheney are against it, I am curious:

Re-upping this tweet so everyone can see the whole thing, including the part @TuckerCarlson was afraid to show. Tucker: are you still falsely contending the voting machines were corrupted and the election was stolen? https://t.co/SHpqhST65a

Then the Ghost of Fox Campaign Coverage Past, Carl Cameron weighed in:

Speaking to CNN’s Anderson Cooper, Carl Cameron weighed in on the highly controversial trailer for the “Patriot Purge” which highlights a number of baseless conspiracy theories suggesting the Capitol riots were part of a “false flag operation,” according to The HuffPost.

Following the insurrection, the U.S. Department of Justice charged hundreds of individuals for their participation in the deadly riots that followed former President Donald Trump’s “Stop the Steal” rally. In the aftermath, Trump was also impeached for a second time in connection with the incitement of a riot.

“Some of what is espoused or is meant to espouse just in that trailer suggests that there is more violence to come,” Cameron said. “And that’s a big, big rock around the author’s neck if that trailer and this upcoming thing actually does that. There are clearly huge divides in this country, the media shouldn’t be putting more gas on the fire.”

Here is the trailer for the series that has got those listed above and more displaying signs of hysteria:

I have to admit that when I first saw the trailer I thought this series wouldn’t interest me. You know those movie trailers where all of the explosive stuff is compressed into two minutes and the movie is actually thoughtful. Yes. I can honestly recommend Patriot Purge to anyone with an open mind.

Carlson, and his production team, rely on the reporting of Darren Beattie of Revolver.com in Episode One and I have written about that here. John Sullivan/Jayden X, founder of Insurgence USA, was there and everywhere on January 5 and January 6. On January 6, Sullivan and documentary filmmaker Jade Sacker caught much of the violence on film and sold it to CNN.

Patriot Purge shows video footage of Alex Jones of Info Wars standing in front of Ali Alexander, who claims to be one of the planners of the Stop the Steal Rally, pleading with the crowd to be calm. There is footage of the calm crowd having tear gas canisters fired into them. A woman is shown wiping her eyes and saying that she was tear gassed while praying.

Carlson’s first episode also shows how the mainstream media repeated the lie endlessly about Officer Sicknick being beaten into a coma with a fire extinguisher. When that proved a lie, the media switched to the bear spray lie. Sicknick suffered two strokes unrelated to January 6 and died in April.

Ali Alexander says he got his first calls about something going wrong at the Capitol while Trump was still speaking. That’s when Alexander and Alex Jones headed to the Capitol to keep things calm. Things had calmed down when the police fired the tear gas into the crowd. Even then, people were still yelling for calm and saying that this is not why we are here.

I cannot wait for the second and third episodes of Patriot Purge to drop because I want to see where Tucker Carlson takes this. I hope he doesn’t go off the rails. If it stays focused on what happened and whether there were agent provocateurs in the crowd, it will answer many questions. We need facts and clarity to confront the hysterics.

If you have Fox Nation, watch Patriot Purge and share it with your allies.