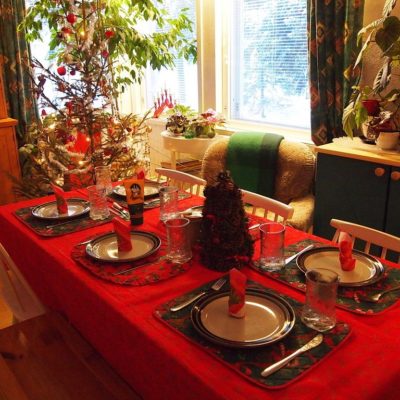 Pardons Of Presidents Past Ghostly Reminder

Pardons Of Presidents Past Ghostly Reminder 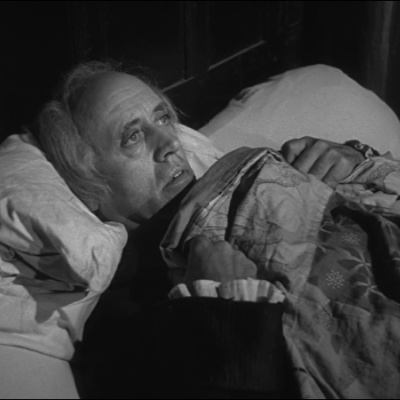 The Democrat Media Industrial complex has its collective knickers in a twist over the pardons issued by President Donald Trump. Maybe they need a visit, in the fashion of Ebenezer Scrooge, by the Ghost of the Pardons by Presidents Past.

For those of you educated in government schools recently, I am basing this thought on A Christmas Carol by Charles Dickens. The featured image at the top of this post is of Ebenezer Scrooge as played by Alistair Sim in the 1951 film version of the book. The name of Ebeneezer Scrooge, as with many Dickens’ characters, is a pun on his personality. Ebeneezer is a scrooge in every way, fiscally, emotionally and in his general approach to life. He is visited on Christmas Eve by the three Ghosts of Christmas, Past, Present and Future.

The idea of the Ghost of Pardons by Presidents Past came to me as I read the opening paragraph of a Daily Beast article by a miserable miser by the name of Jay Michaelson. Here is his opening paragraph:

Donald Trump’s wave of pardons of his cronies, accomplices, and, soon, relatives, reeks of putrefaction. It is the stench not merely of a lame-duck administration—after all, presidents have abused the pardon power before—but of a long-dead duck, swarming with maggots, viscera staining the Oval Office carpet, parasites devouring the corpse.

Have you ever read a paragraph like that in all your born days? This guy has the worst case of Trump Derangement Syndrome EVAH. I hope someone got him a therapy gift certificate for Winter Solstice. As I wrote above, the entire Democrat Media Industrial Complex is kvetching about what Trump is doing. You can read the New York Times take here. I was just gobsmacked by Michaelson’s opening paragraph and his resemblance to Ebenezer Scrooge, personality wise.

As your Ghost of Pardons of Presidents Past, let me take you through some of the truly heinous ones:

–The New York Post has the pardon of Bradley/Chelsea as number five on their list of worst pardons and commutations, I think it should be higher. Bradley Manning was sentenced to 35 years for leaking many thousands of classified documents to Wikileaks. As an enlisted military personnel, Manning’s crime was particularly galling. Obama commuted Manning’s sentence to seven years imprisonment after four years. Barack the lightbringer let the treacherous Manning off lightly. In his explanation of the commutation, Obama said Manning had served a tough prison sentence, I kid you not:

I forgot just how oleaginous Obama was. Ugh.

–With Proclamation 4483, President Jimmy Carter pardoned all of the Vietnam draft dodgers. Although I was too young to know anyone personally who served in Vietnam (I do know some now.), I sobbed the first time I was at the Vietnam Veterans Memorial. This pardon was a slap in the face to those who served, those who died and those who loved them.

–In 1999, Clinton pardoned members of the FALN, a Puerto Rican terrorist group. Why? Simple voting math:

Clinton said the FALN members were serving disproportionately tough sentences and that those offered clemency “were not convicted of crimes involving the killing or maiming of any individuals.”

Many bombings hit New York, and Clinton’s wife, Hillary Clinton, then running for the Senate in New York, said she opposed the action. The Senate voted 95-2 to oppose the clemency and the House voted 311-41. But because the presidential pardon power is absolute, the votes could not reverse the action.

By the by, Obama pardoned another FALN member on his way out the door in 2017. Clinton and Obama loved them some traitors and terrorists.

–The Clinton pardon of Marc Rich. Charged with wire fraud and income tax evasion, Rich fled the country. No problem at all when you have a wealthy ex-wife:

President Clinton’s pardon of Marc Rich is a saga of secrecy, tenacity, sleight of hand and pressure from Rich’s ex-wife and one of her friends, who together have steered millions of dollars to Bill and Hillary Rodham Clinton’s causes and those of fellow Democrats.

Whether it is a story of bribery as well or illegal gifts from abroad is the subject of congressional inquiries and a criminal investigation by the FBI and the U.S. attorney’s office in New York.

Say what you will about Trump’s pardons, but none of his friends fled. They all stayed, because they were innocent.

–The worst part of Bill Clinton’s pardons is that they were for sale, just like everything else in the Clinton White House. Bill, Hillary, Roger Clinton and the infamous Rodham brothers were selling pardons and commutations:

This was the crazy final 18 months of the Clinton presidency. Roger was cold-calling applicants offering to get them clemency in return for cash.

He was not the only brother in the Clinton clan who attempted to profit from executive clemency decisions. Hillary’s siblings, Hugh and Tony Rodham, each made hundreds of thousands of dollars hustling clemency for felons who were willing to pay. For example, Hugh was paid more than $200,000 to ensure Carlos Vignali received a commutation from Clinton. Vignali was a cocaine drug kingpin.

Other Presidents have pardoned Confederate soldiers and Mormons and Ford pardoned Nixon. So, Mr. Michaelson spare us the bleating and thesaurus thumbing.

Now this Ghost of Pardons of Presidents Past has to go put a rub on the prime rib for Christmas supper. God Bless Us, Everyone.