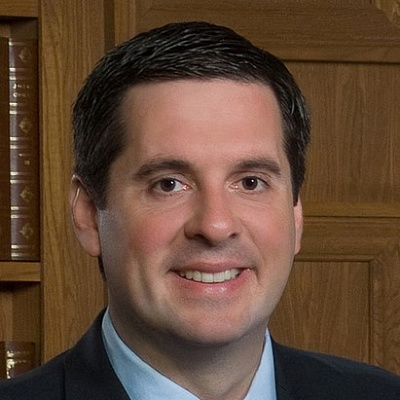 Next post
Devin Nunes And The Non-Farming Woke Crowd

Google or Bing “The Real Story of Thanksgiving” and you’re offered up politically correct tripe from our search engine masters.  The first, a teacher’s guide emphasizing what bloodthirsty, blue nosed  “zealots” the Pilgrims were. Then a Huffpost spite-filled entry along the same vein, stressing the “nationalistic myth” and the  700 person Pequot massacre .

Frankly, if you want to see the irrevocable effects of unrestricted immigration and gun control – just ask the Pequots – hopefully there are a few surviving tribe members at the Foxwoods Resort Casino, related to the 66 Pequot that were still around in 1910.

For more traditional fare, scroll down to Entry Number 8 – Rush – a remembrance that reflects what the vast majority of Americans celebrate — God, Food and Family, though not necessarily in that order.

Fact is, every human on the planet faces the same fate:  adapt or die.  But nobody said you had to like it.

Readers of the wiseass Paladin may suspect that once upon a time in a galaxy not so far away, Paladin used to drink. In fact, he lived his life planning around hangovers yet to come – which is the device many who drink use in order to be one of those “high functioning” types.  In fact, it gives the lie to the “functioning” angle, high or otherwise. Thing is, Paladin liked bourbon more than bourbon liked him and over a period of time the bourbon became a more and more distant friend.  Then a sometime acquaintance.  And finally, a long lost relative, that he silently acknowledged from across a crowded room.

On occasion, he still has a drink, admiring the warm amber glow in the tumbler, and that feeling of fire that turns to heaven as it goes on down. And about this time of year, he raises a glass to Jimmy Stewart in the brilliant civil war and family film, Shenandoah.

Celebrated in this famous exchange:

Charlie Anderson: Can you give me one good reason why I should let my sons march down that road like a bunch of damn fools?
Lt. Johnson: Virginia needs all her sons, Mr. Anderson.
Charlie Anderson: They don’t belong to the state they belong to ME! When they were babies I never saw the state comin‘ around here with a spare tit!

And then that second pull that reminds Paladin why he loved that friendly bourbon so much in the first place – reveling in the line that knows more about drinking than any 12 step program:

[pouring whiskey to celebrate the birth of his granddaughter]
Boy Anderson: Just a little bit, sir. I’ve never tasted it.
Charlie Anderson: Well, that’s no good reason at all. I’ve known men who’ve been drinkin‘ hard and steady all their lives that have never tasted it, either.

These days, a mere four fingers will turn Paladin into snoring beauty only to awake wondering what those brassy knob–like things on every door and cupboard might be . . . thinking himself, “I know what those round brass things are and how they work, and if I give it a minute, it will come back to me.”

All the while wondering – what if anything is left over from the feast?!​

Let us now pay thanks to Paladin’s second annual Best Thanksgiving Leftover Sandwich Recipes! I’m particularly partial to the thought and effort involved in Anne Dolce’s Ultimate Leftover T-Day Sandwich , but I’m probably too lazy to follow every step.  Warming the turkey meat in a little butter is a nice touch.

This year, Paladin made a blue baboon kick-ass Cajun remoulade sauce for Shrimp cocktail and will use it liberally to refresh his memory on how doorknobs work.

See you dear Victory Girls Readers Christmas Eve with another taste of A Christmas Carol.