Previous post
Joy Behar, Idiot Extraordinaire: “Maybe he’d rather talk to me than Netanyahu. Ever think of that?”

Outrageous: Obama Knew Al Qaeda Was Behind the Libya Attack and Lied About It 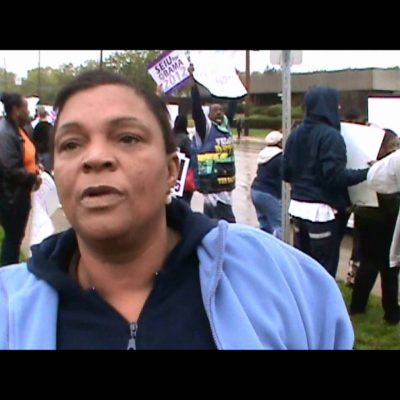 Next post
Groanworthy Video of the Day: Vote for Obama, Get a Free Phone!

Outrageous: Obama Knew Al Qaeda Was Behind the Libya Attack and Lied About It

Unbelievable. Or rather, it would be if we had anyone but Obama in office. This is entirely to be expected, but it doesn’t make it any less infuriating.

You know how Obama’s been claiming, over and over again, that the attack in Libya — which resulted in the deaths of four Americans — was just spontaneous rioting due to anger over an anti-Islam video? Well, they knew 24 hours after the attack that it was a planned terrorist attack… and that Al Qaeda may have been behind it.

U.S. intelligence officials knew within 24 hours of the assault on the U.S. Consulate in Libya that it was a terrorist attack and suspected Al Qaeda-tied elements were involved, sources told Fox News — though it took the administration a week to acknowledge it.

The account conflicts with claims on the Sunday after the attack by U.S. Ambassador to the United Nations Susan Rice that the administration believed the strike was a “spontaneous” event triggered by protests in Egypt over an anti-Islam film.

Two senior U.S. officials said the Obama administration internally labeled the attack terrorism from the first day in order to unlock and mobilize certain resources to respond, and that officials were looking for one specific suspect.

Of course, Obama himself has yet to openly admit that this was a planned terrorist attack. But his administration knew that’s exactly what it was… and yet they still sent Susan Rice on a media tour explaining that it was just a random, spontaneous protest that got out of control.

Put simply, the president lied to the American people about a matter of national security. This is absolutely unacceptable.

What’s worse, Gateway Pundit points out that the White House went so far as scrubbing a damning State Department memo before they did anything else.

This could arguably be impeachable behavior.