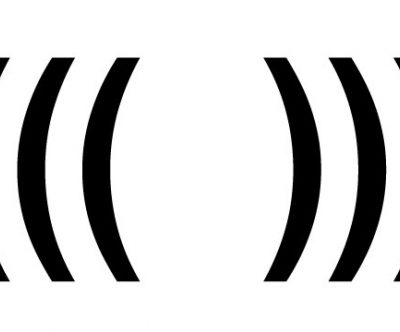 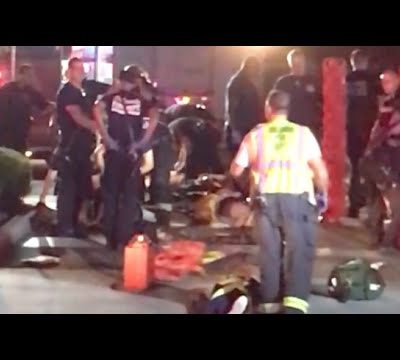 Next post
Let's Quit With The Agendas and Call #Orlando What It Was: An Act of Terrorism 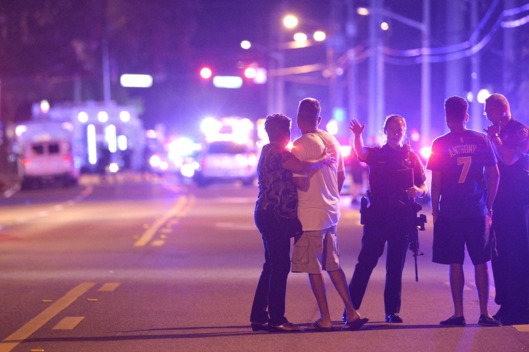 A state of emergency has been declared in Florida after a a terrorist attack at Orlando’s Pulse nightclub left 50 confirmed dead and 53 wounded.

There were over 200 people in the nightclub, a popular place for many in the gay and LGBT community, when the terrorist walked in, opened fire and took scores of people hostage. Many were able to run, others tried to hide in closets or bathrooms, and horrifically others were unable to escape to safety of any kind. The terror lasted for over three hours. 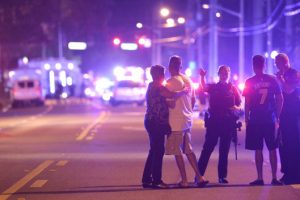 SWAT teams stormed the nightclub at about 5:30 am eastern time using a specialized police vehicle to crash through the walls. A gunfight ensued in which the terrorist was killed. Currently law enforcement officials are carefully going through the nightclub and cars in the surrounding area looking for evidence as it wasn’t just guns the terrorist had, but explosive devices as well.

This horrific attack is the worst mass shooting in U.S. history. Law enforcement officials are calling this what it is. A terror attack.

“At this point, this is an incident, as I can see it, we can certainly classify as a domestic terror incident,” Jerry Demings of the Orange County Sheriff’s Office said.

Florida Department of Law Enforcement Special Agent in Charge Danny Banks said during a news conference that the mass shooting is being investigated as an act of terrorism. He says authorities are looking into whether this was an act of domestic or international terror, and if the shooter was a lone wolf.

When asked if the gunman had a connection to radical Islamic terrorism, Hopper said, “we do have suggestions that individual has leanings towards that.”

Unfortunately there are many who didn’t like hearing that bit of news.

.@FoxNews The fact that he is of Afghan origin is irrelevant. Stop politicizing this tragedy. #PulseNightclub https://t.co/hgwVgtBxmP

Here’s the problem. We can no longer afford to ignore reality. San Bernardino was a terrorist attack. It doesn’t matter that top officials such as Attorney General Loretta Lynch believe that its anti-Muslim rhetoric NOT terrorism that is the problem. What matters is that we face reality. America and, in this case, specifically Florida were and are targets.Three days ago a major ISIS terror group published not only threats but a hit list of over 8,000 Americans. Approximately 600 of those on the list are Florida citizens.

Its becoming more apparent that Omar Mateen was radicalized a long time ago. Why else would he land on law enforcement radar?

Mateen’s parents were born in Afghanistan, and he was “on the radar” of U.S. officials for some time, but was not the target of a specific investigation, law enforcement officials told ABC News 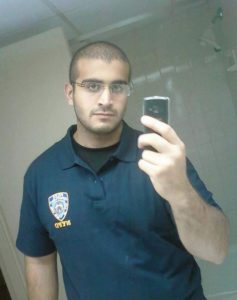 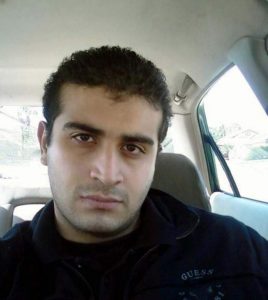 Here’s the deal. Mateen may have been angry about seeing two gay men kiss on a public street months ago. But his storming Pulse nightclub early this morning, killing 50, wounding 53 others, and engaging in gun fights with law enforcement was not a random thing. It was planned. And it has all the hallmarks of radicalization that includes Islam’s adherence to Sharia law.

This attack mirrors the terrorist attack in San Bernardino, it mirrors the terror attack in Paris. It is walking and talking like a duck. This is terrorism. On American soil. What is it going to take for this country to wake up and realize that we can’t will terrorism away? What will it take for this country to realize that so-called “empathy diplomacy” will never work?

#pulse nightclub attack must unite us. Target the ideology. Isolate enemy. Destroy those who embrace it. Prepare for more. #warisntover

As we pray for the victims, the wounded, and their families, I have to ask. What will it take for America to find their backbone, stand up, say ENOUGH and take the fight TO the terrorists? Islam has been at war with the United States since 1785. Isn’t it about time we fought back?